Branson’s ‘space’ stock is the latest sign of market euphoria 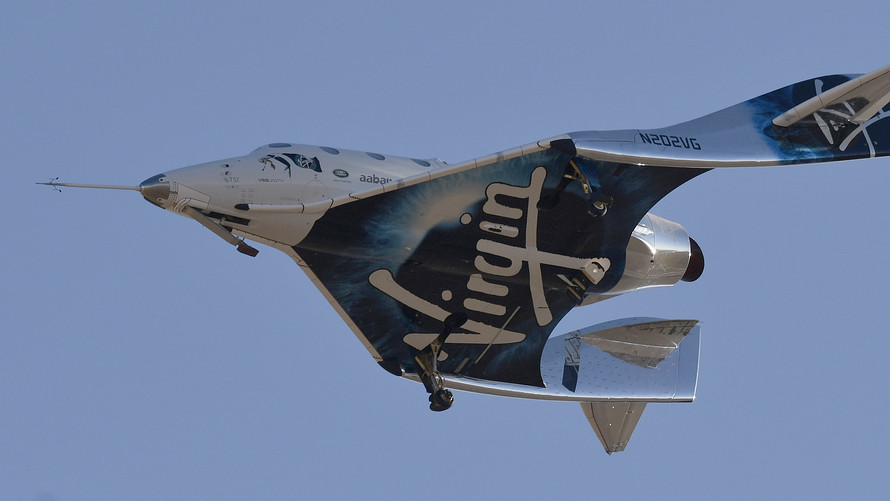 GENE BLEVINS/AFP/Getty Image
Virgin Galactic's VSS Unity comes in for a landing after its suborbital test flight on Dec. 13.

The colorful British tycoon is bringing his space travel venture Virgin Galactic to the stock market in a complex $2 billion merger with a so-called “blank check” public company.

Stock in the listing vehicle, called Social Capital Hedosophia , jumped 26 cents, or 2.9%, to $10.69 after the announcement on Tuesday. It has continued to rise on Wednesday.

Indeed, it’s a terrific time for a venture like this to hit the market; investors are eagerly chasing exciting “growth” stocks with big dreams.

The Renaissance Capital IPO (PSE:IPO)  exchange-traded fund, which invests in newly-listed companies, has rocketed 40% so far this year. Even Tesla (NAS:TSLA) , despite a dismal year in many fronts, is still trading at a market value of $40 billion, or a lofty 110 times forecast earnings.

The Vanguard Growth (PSE:VUG)  exchange-traded fund has risen 30% in the past two years — twice the gains on the more staid, boring Vanguard Value (PSE:VTV) fund.

As for Virgin Galactic, the company’s spaceship, the VSS Unity, made two manned space flights in December and February. It hopes to begin commercial flights next year. Passengers will pay $250,000 a pop for a 90-minute ride through space. No word if checked bags will be extra.

The company already has 600 advance bookings and $80 million in customer deposits. It forecasts a remarkable $590 million in revenues by 2023 — and an even more remarkable $274 million in earnings before interest, tax and depreciation.

Yes, that’s 46 cents in Ebitda per dollar of revenues. That would be terrific — if it happens.

Meanwhile, Virgin Galactic expects to lose another $100 million next year.

This has not, so far, been the most impressive investment for Branson. He and his fellow investors in Virgin Galactic say they have poured $1 billion into the venture over the past 15 years. They’ll come out of it with a 51%% stake in a roughly $2 billion company at current prices. In other words, about $1 billion.

She says there have been 22 deals over the past two years where operating businesses have joined the stock market by merging with “blank check” companies (which are technically known as Special Purpose Acquisition Vehicles or SPACs).

Average returns on those deals after the mergers? A negative 13.5%.

Meanwhile, someone who wants to take a gamble on Virgin Galactic has the option of buying warrants  instead of the stock. These also trade on the stock market and can be bought through a regular broker. Think of warrants like a down payment on the stock. They will let you buy the stock for up to five years into the future at $11.50. The warrants rocketed 70 cents Tuesday to $1.98.

That’s about the same price as a lottery ticket. Coincidence? Maybe not.