Rocket to launch from airborne 747 off California coast 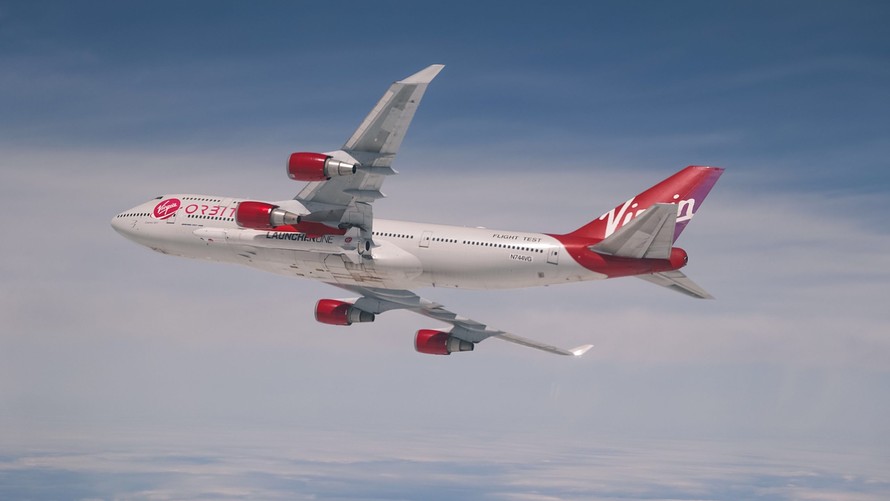 Virgin Orbit
This photo provided by Virgin Orbit shows a Boeing 747 with a rocket slung beneath its port wing in its final major test before an upcoming demonstration of its system in which the rocket will be carried aloft and launched.

LOS ANGELES — Richard Branson’s Virgin Orbit is targeting the coming weekend for its first attempt to launch a demonstration payload into space aboard a rocket released from beneath the wing of a Boeing 747.

The air launch is scheduled for Sunday off the coast of Southern California and will only proceed if conditions are satisfactory, the company said Wednesday.

“Although air-launched systems like ours are less vulnerable to bad weather than fixed ground-launch systems, we’ll be watching the weather closely and being cautious for this maiden flight. Should our flight slip, we have a launch window open at a similar time on May 25th,” it said.

The carrier aircraft, named Cosmic Girl, will take off from Mojave Air and Space Port in the Mojave Desert and fly out over the Pacific.

Release of the LauncherOne rocket would occur near San Nicolas Island, part of the Channel Islands off the California coast.

Earlier this year, Virgin Orbit conducted a rehearsal flight that simulated release of the rocket.

Headquartered in Long Beach, Virgin Orbit is a sister company to Virgin Galactic /zigman2/quotes/208333884/composite SPCE +3.20%  , which is preparing to carry tourists on suborbital flights high over New Mexico.

Virgin Orbit’s system will be capable of launching small satellites into space from locations around the world.

The launch rehearsal comes after years of development and recent extensive modification of operations because of the coronavirus pandemic, as well as putting team members to work on the development of medical ventilators.