SAN FRANCISCO (MarketWatch) -- Bozeman, Mont. may be better known for its proximity to some of the nation's best skiing and outdoor-recreation areas than for its role helping companies keep tabs on customers complaining over Facebook or Twitter.

That could change, however, if a small company called RightNow Technologies Inc. can make inroads into a new segment of the market for what is called customer-relationship management software. 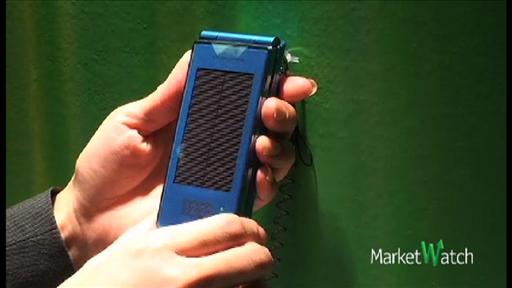 The Bozeman-based company -- whose software is typically used by businesses for corporate call centers and online support sites -- is taking aim at social networking sites with a product called Social Solution, which RightNow began rolling out in late 2009.

Social Solution is a software product that allows a company to monitor discussion threads on networks like Facebook, and analyze the discussions for positive or negative sentiments.

It's one reason some industry analysts believe RightNow, with only about 800 employees, has an advantage over some of its larger rivals in the CRM market, such as Saleforce.com /zigman2/quotes/200515854/composite CRM +0.33% .

"It's an interesting new twist for them," said Steven Ashley, a stock analyst at Robert W. Baird. "They are all about connecting people to build a knowledge base for their customers."

Ashley in early February raised his rating on the company's stock to buy from hold and kept a 12-month target of $19 a share, or 14.5% above the stock's current price.

Analysts on average have raised their price targets on RightNow's stock by $2.20 a share, or 14%, over the past three months, according to FactSet Research. That's outstripped the rise in price targets for all the companies in the Nasdaq Computer Index , of which RightNow is a member.

But the company's brighter prospects have been overshadowed by recent investor disappointment over a lackluster outlook. Its shares have fallen 4.7% since the start of the year, slightly worse than the 4.2% drop in the Nasdaq Computer Index.

In just one day earlier this month, RightNow's shares fell more than 13% after the company gave a first-quarter forecast that fell short of expectations. These recent drops have taken some of the shine off the stock, which is still 95% higher than a year-ago.

"There are a number of areas of uncertainty," said Patrick Walravens of J.P. Morgan. Walravens' concerns ranged from how RightNow's profit margins will be affected by the company's plans to hire more sales staff to the potential for adding new customers.

RightNow makes most of its money by selling software, made accessible through any computer terminal using cloud-computing technology, to business customers that pay a monthly subscription fee.

For its last fiscal year, it reported sales of $152.7 million. That's a sliver of the $1.08 billion in yearly sales booked by rival Salesforce.com, which also makes software for the social networking market.

RightNow's business is growing, however. The company's sales rose 9% during its latest year, and it swung to a profit in the fourth quarter.