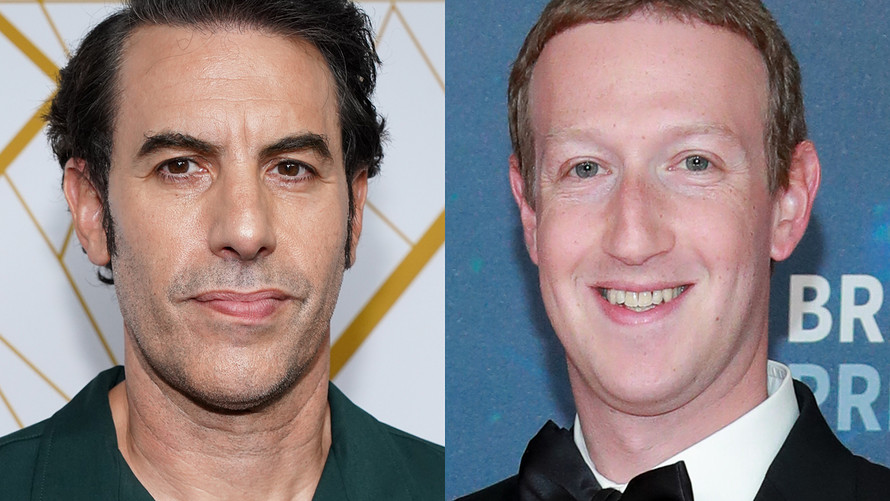 Back in November, funny man Sacha Baron Cohen turned decidedly unfunny when he blasted Facebook in a speech hosted by the Anti-Defamation League, saying if the website existed in the 1930s, it would have allowed Adolf Hitler to post ads for his “solution” to the “Jewish problem.”

Facebook /zigman2/quotes/205064656/composite FB -0.58% , as he explained back then, cares “more about boosting their share price than about protecting democracy.”

Cohen was back at it on Wednesday with this tweet:

The tweet links to a Guardian investigation , which took a look at 218,100 ads and how Donald Trump’s re-election campaign used about $20 million in 2019 to target conservative voters. No other candidate spent nearly that much.

“Trump’s prowess on Facebook has struck fear in the hearts of Democrats,” Guardian reporter Julia Carrie Wong explained in the story. “Among the ads were some of the images and videos that made front-page news for their xenophobic, fear-mongering, vitriolic and outright false rhetoric.”

The biggest issue in the slew of Trump ads, comprising about 20% of the total, pushed the narrative that the media isn’t to be trusted.

Facebook didn’t immediately respond to a request for comment but issued this statement after Cohen made his remarks in November.

“Sacha Baron Cohen misrepresented Facebook’s policies. Hate speech is actually banned on our platform,” the social-media platform said at the time. “We ban people who advocate for violence and we remove anyone who praises or supports it. Nobody — including politicians — can advocate or advertise hate, violence or mass murder on Facebook.”