‘Borat’ and ‘Who Is America?’ comic is not in a lighthearted mood of late 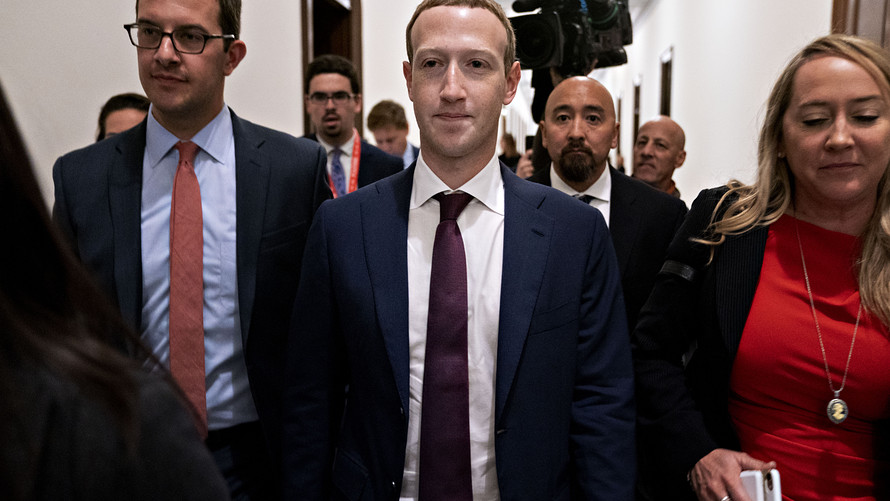 Sacha Baron Cohen — the British comedian who gave the world such controversial hits as “Borat” and “Who Is America?” — was in no mood for laughs last week.

In a Thursday speech hosted by the Anti-Defamation League, Cohen claimed Facebook, if it existed in the 1930s, would have allowed Adolf Hitler to post ads for his “solution” to the “Jewish problem” because the social-media giant cares “more about boosting their share price than about protecting democracy.”

It’s not only Facebook /zigman2/quotes/205064656/composite FB -0.58% that’s helped racism and extremism run rampant, either, according to Cohen. He also called out Alphabet unit Google /zigman2/quotes/205453964/composite GOOG +1.17% /zigman2/quotes/202490156/composite GOOGL +1.15% and Twitter /zigman2/quotes/203180645/composite TWTR -1.71% for complicity: “All this hate and violence is being facilitated by a handful of internet companies that amount to the greatest propaganda machine in history,” he said. “The algorithms these platforms depend on deliberately amplify the type of content that keeps users engaged — stories that appeal to our baser instincts and that trigger outrage and fear.”

Obviously, Facebook would and did take exception to Cohen’s message, offering up this widely circulated rebuttal:

‘Sacha Baron Cohen misrepresented Facebook’s policies. Hate speech is actually banned on our platform. We ban people who advocate for violence and we remove anyone who praises or supports it. Nobody — including politicians — can advocate or advertise hate, violence or mass murder on Facebook.’

Facebook announced earlier this month that it had pulled tens of millions of posts that violated its terms of service, but, before that, CEO Mark Zuckerberg again came under fire for defending his stance on allowing political ads, even with Twitter announcing it would ban most political advertising and Google saying it would take steps to rein in the targeting of political ads.

“I believe strongly and I believe that history supports that free expression has been important for driving progress and building more inclusive societies around the world,” Zuckerberg said a month ago.

Just a few days before those comments, several Facebook workers signed a letter objecting to the company’s policy of allowing paid political ads. “Free speech and paid speech are not the same thing,” they said.

Meanwhile, Cohen hasn’t backed down from his stance after his speech gained viral acclaim. In an op-ed he penned for the Washington Post on Monday, he acknowledged that many people might not care about his opinion, considering the roles he’s played. But he explains that they’re missing the point of it all.

“The ugliness my jokes help reveal is why I’m so worried about our pluralistic democracies,” Cohen wrote. “On the Internet, everything can appear equally legitimate. Breitbart resembles the BBC, and the rantings of a lunatic seem as credible as the findings of a Nobel Prize winner. We have lost a shared sense of the basic facts upon which democracy depends.”