Salesforce.com buys Salesforce.org, and that’s the only straightforward part 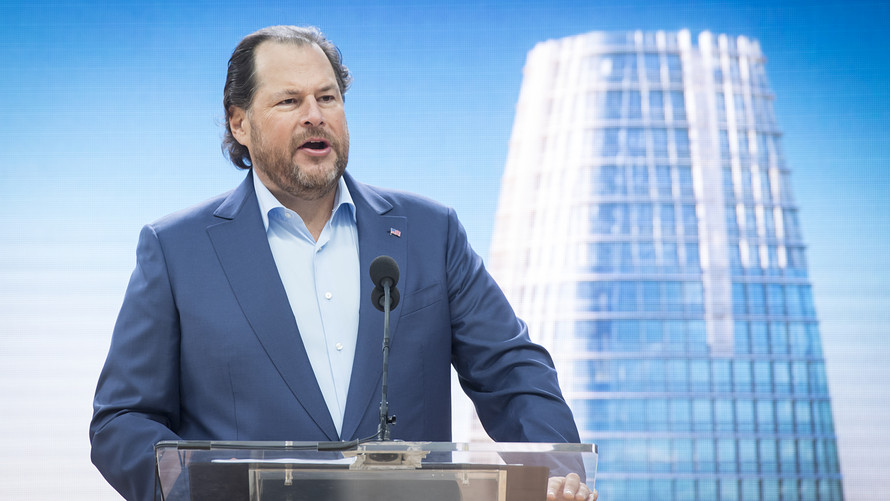 Pretty simple, right? Well, it doesn’t get any more straightforward from there.

In a deal announced Monday afternoon, Salesforce /zigman2/quotes/200515854/composite CRM -0.75%  will acquire an independent entity that was created to sell Salesforce software at a discounted rate to nonprofits, schools and other groups that struggle to pay for high-value software. Salesforce.org, a public-benefit corporation, will instead become a business unit of Salesforce, while the Salesforce Foundation — a nonprofit dedicated to donating to needy groups — will receive the cash.

While all the talk of nonprofits and foundations leads to a warm feeling, this looks like it has the potential to ultimately infuriate either the nonprofit customers or Salesforce investors. Basically, either Salesforce’s margins are likely to take a hit, or nonprofit customers — ranging from the American Red Cross, the Anti-Defamation League, local Goodwill Industries, Habitat for Humanity to Project Open Hand — could face price hikes.

Salesforce suggested that price hikes are not in the immediate offing. The company stated that it plans to extend its current business model by “continuing to provide free and highly discounted software to nonprofits and education institutions around the world,” and promised greater access to Salesforce products.

Salesforce.org gives qualifying customers a hefty discount on Salesforce.com’s software as a service. For example, according to its website, Salesforce.org offers Lightning, Unlimited Edition, which it says is the ultimate non-profit customer relationship management software, for $72 a month, compared with a standard price of $300 a month, billed annually.

“It’s a really nice business,” Salesforce Chief Financial Officer Mark Hawkins told the few analysts who listened to the company’s conference call on Monday. He said in 2018, Salesforce.org had revenue of $250 million, but with a low operating profit margin.

But Salesforce sounds like it wants to grow the profit margin eventually, which likely means jacking up the bills being sent to nonprofits and schools.

“This is a business that does have a lower operating margin at this stage ... But it‘s also going to be on a pathway and convergence over time to our overall Salesforce operating margin over the longer term,” Hawkins said when asked by one analyst who said the deal seems slightly dilutive to margins.

Salesforce admitted that profit this year will take a hit, even as Salesforce.org brings in $150 million to $200 million in extra revenue. It reduced its adjusted-profit forecast for this year by 20 cents a share and said GAAP earnings will take a larger hit, though it was unable to offer an exact figure. Shares dipped in late trading after the deal was announced.

Hawkins said Salesforce planned to “streamline areas of operational duplication,” which typically means job cuts, though nothing was said about that specifically and a Salesforce spokeswoman declined to comment on the record about job cuts.

Of all the explanations that Salesforce failed to give Monday about this acquisition, the most perplexing was the reason behind it. Salesforce has long been focused on philanthropy, thanks to founder and co-Chief Executive Marc Benioff — a major philanthropist on his own. But Benioff was completely absent from a conference call and there was no statement from him in the original announcement Monday.

Hours after the deal was announced Monday, Benioff’s typically active Twitter feed was oddly silent about the swallowing of one of his pet projects by his original creation. The company did not say why Benioff was absent from the call.

When one analyst asked about the rationale for the deal, Benioff’s co-Chief Executive, Keith Block, said the move had been in the works for some time and changing the structure would eliminate some of the complexity of two different organizations while maintaining Salesforce’s philanthropic mission.

“You guys will see the numbers,” Block said. “It’s definitely worth doing.”

The numbers Salesforce offered Monday, though, offer little reason for doing a deal that could lead to some unhappy people either on Wall Street or in nonprofit accountants’ offices. If this is just an efficiency deal to save some costs, customers need to be prepared for price hikes; if Salesforce hopes to make up for lower operating margins with a little additional revenue, that might not appease investors.

Get news alerts on Salesforce.com Inc. — or create your own.