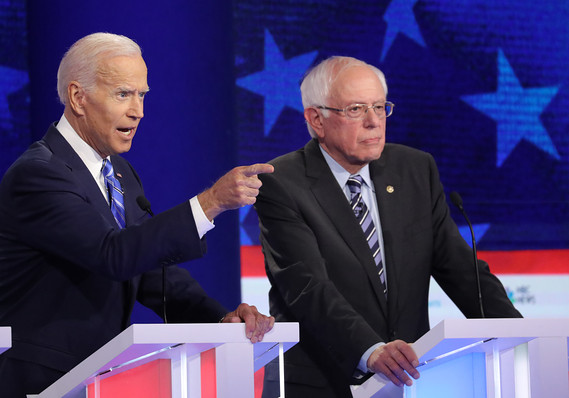 Bernie Sanders sits atop a new national poll of the race for the 2020 Democratic presidential nomination, but it’s a close call with Joe Biden just behind.

In the CNN survey, 27% of registered voters who are Democrats or Democratic-leaning independents back Vermont Sen. Sanders, while 24% favor former Vice President Biden . CNN notes the margin between the two is within the poll’s margin of sampling error — so there is no clear leader in the poll.

Sanders enjoyed a notable seven-point jump in support since last month, while Biden’s dipped two percentage points. Both candidates are far ahead of the rest of the field. The nearest, Massachusetts Sen. Elizabeth Warren, draws 14%.

Now see: Here are the Democrats running for president.

The fresh numbers come as the party primary election season is soon to begin, with Iowa’s first-in-the-nation caucuses scheduled for Feb. 3, and the New Hampshire primary set for Feb. 11. Biden leads in surveys of Iowa voters, while Sanders is narrowly ahead in New Hampshire, according to averages of polls from RealClearPolitics.

Biden remains ahead in an average of national polls , even when the new CNN survey is included.