Sarah Sanders said she doesn’t like being called a liar, and Twitter users were quick to respond 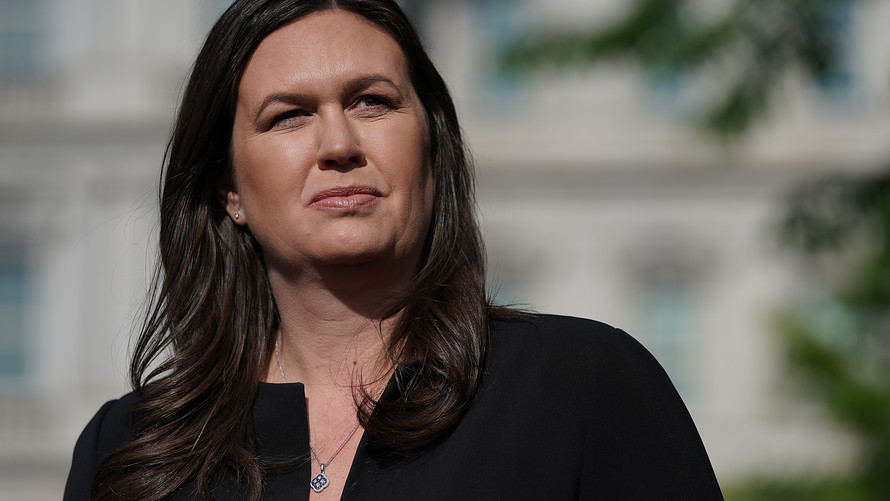 Sarah Sanders has been called a lot of things — but “liar” is what really gets under her skin.

The former White House press secretary told the New York Times that she was “attacked for everything” while working in the Oval Office, but questions about her truthfulness have rankled her the most.

‘I was called a fat soccer mom, my kids were threatened, my life was threatened. It was a lot … I don’t like being called a liar. The other stuff bothered me far less.’

But readers on Twitter /zigman2/quotes/203180645/composite TWTR +2.03%   were quick to respond that she is on the record in the Mueller report admitting that she made statements about the firing of FBI director James Comey that were not based on facts. Specifically, she told the press that “countless members of the F.B.I.” had told her they lost confidence in Comey. But Sanders revealed in the Mueller report that those comments were made “in the heat of the moment” and were not founded on anything. She has repeatedly referred to those statements as a “slip” or “slip of the tongue.”

Read more: Sarah Sanders doubles down on her ‘slip of the tongue’ excuse as April Ryan calls for her firing

As a result, #SarahSandersIsALiar was trending on Twitter on Monday morning.

But Sanders, 37, is enjoying lots of love in her home state of Arkansas, where her father Mike Huckabee served as governor for more than a decade before running for president twice.

“I’m just excited to have people clap when I come up to a podium,” she told the Times. “It’s very different from what I’m used to. All I can say is thank God I’m back in Arkansas.”

Indeed, a small-business owner in Arkansas told the paper that “the main thing I like about [Sanders] is her honesty.” The woman, Carla Shelton, added that Sanders has a “bad rap because people are offended that she does tell the truth. I’m 100% behind her.”

And Sanders plans to run for governor, herself, when the seat opens up in 2023, telling the Times that she has been “called” to the office.

“There are two types of people who run for office: People that are called and people that just want to be a senator or governor. I feel like I’ve been called,” she said, without clarifying whether the public or a higher power was doing the calling. “It’s the role I’ve been pushed into. I wouldn’t want to do that if I wasn’t the right person to fit what the state needed at that time.”

Meanwhile, she has become a paid contributor to Fox News, and she is working on a memoir expected to come out before the 2020 presidential election.