Selected highlights from the Fed’s minutes 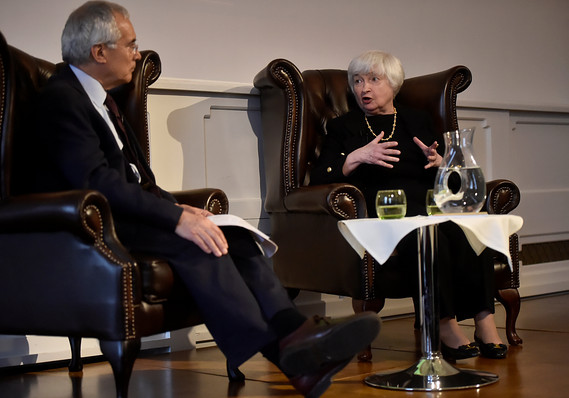 The following are highlights of the minutes of the Federal Open Market Committee meeting from June 13-14 released Wednesday:

On when the Fed will start reducing its balance sheet: “Several preferred to announce a start to the process within a couple of months; in support of this approach, it was noted that the Committee’s communications had helped prepare the public for such a step. However, some others emphasized that deferring the decision until later in the year would permit additional time to assess the outlook for economic activity and inflation.”

On the sharp decline in the unemployment rate: “Several participants endorsed a policy approach, such as that embedded in many participants’ projections, in which the unemployment rate would undershoot their current estimates of the longer-term normal rate for a sustained period. They noted that the longer-run normal rate of unemployment is difficult to measure and that recent evidence suggested resource pressures generated only modest responses of nominal wage growth and inflation. ... Several participants expressed concern that a substantial and sustained unemployment undershooting might make the economy more likely to experience financial instability or could lead to a sharp rise in inflation that would require a rapid policy tightening that, in turn, could raise the risk of an economic downturn.”

On how the Fed interpreted recent soft readings in inflation: “Most participants viewed the recent softness in these price data as largely reflecting idiosyncratic factors, including sharp declines in prices of wireless telephone services and prescription drugs, and expected these developments to have little bearing on inflation over the medium run. Participants continued to expect that, as the effects of transitory factors waned and labor market conditions strengthened further, inflation would stabilize around the Committee’s 2% objective over the medium term. Several participants suggested that recent increases in import prices were consistent with this expectation. However, several participants expressed concern that progress toward the Committee’s 2% longer-run inflation objective might have slowed and that the recent softness in inflation might persist. Such persistence might occur in part because upward pressure on inflation from resource utilization may be limited, as the relationship between these two variables appeared to be weaker than in previous decades.”

On why there were gains in the stock market and other asset classes while volatility remained low: “Corporate earnings growth had been robust; nevertheless, in the assessment of a few participants, equity prices were high when judged against standard valuation measures. Longer-term Treasury yields had declined since earlier in the year and remained low. Participants offered various explanations for low bond yields, including the prospect of sluggish longer-term economic growth as well as the elevated level of the Federal Reserve’s longer-term asset holdings. Some participants suggested that increased risk tolerance among investors might be contributing to elevated asset prices more broadly; a few participants expressed concern that subdued market volatility, coupled with a low equity premium, could lead to a buildup of risks to financial stability.”

On why the economic outlook was “roughly balanced”: “Participants again noted the uncertainty regarding the possible enactment, timing, and nature of changes to fiscal and other government policies and saw both upside and downside risks to the economic outlook associated with such changes. A number of participants, pointing to improved prospects for foreign economic growth, viewed the downside risks to the U.S. economic outlook stemming from international developments as having receded further over the intermeeting period.”