Senate confirms Bowman to 14-year term on Fed’s board 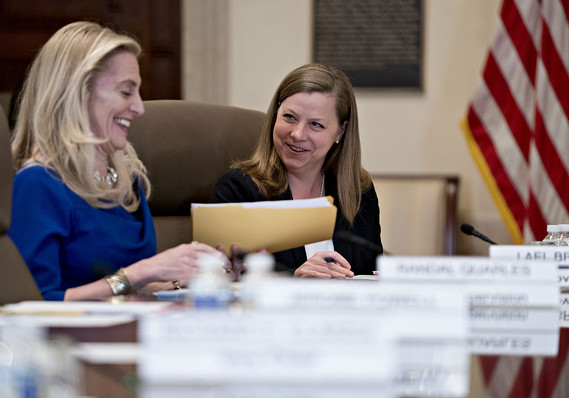 The Senate voted Thursday to confirm Fed Governor Michelle Bowman for a 14-year term on the central bank’s board.

Bowman, 48, is a former state bank commissioner for Kansas and holds the seat on the central bank’s board earmarked for a community banking expert. Bowman was also a former aide to Sen. Bob Dole and an executive at her family’s Kansas bank. Bowman received support from both Republicans and Democrats. The vote was 60 to 31.

The Senate confirmed Bowman as a Fed governor last November for a term that was set to expire in January 2020. Under Fed rules, a governor who has been confirmed to a partial term can be nominated for one full term.

Bowman is one of four Fed governors nominated by President Donald Trump. Fed Gov. Lael Brinard is the only holdover from the Obama administration. There are two remaining vacancies on the seven-member board.

Trump has stepped up his public campaign for Powell and his Fed colleagues to slash interest rates so that the dollar’s value in foreign exchange markets would fall. The president thinks a strong (IFUS:DXY)  dollar gives U.S trade partners an unfair trade advantage.

Read: Here’s why you shouldn’t wish for negative interest rates