Bourses aim to strengthen regional presence with the combination

SGX said the deal would leverage the duo’s reach and combined strength within the Asia-Pacific region. The move comes at a time when competitors, such as Hong Kong Exchanges & Clearing Ltd. and mainland Chinese stock exchanges, are expanding rapidly through new listings.

“The proposed combination will bring together the complementary businesses of two successful exchanges in the Asian time zone, with internationally recognized regulatory standards,” SGX said in a statement.

Under the terms of the deal, SGX will acquire all outstanding common shares in ASX for A$22 each in cash and 3.473 new SGX shares. SGX shares ended at 9.54 Singapore dollars ($7.37) on Friday, implying a valuation of A$8.4 billion, or A$48 for each ASX share.

SGX said that pre-tax cost synergies and other transaction-related cost savings are estimated to be about $30 million annually on existing cost structures.

Under the deal, SGX Chief Executive Officer Magnus Böcker “is anticipated to become” CEO of the new entity, while ASX Chairman David Gonski would serve as deputy chairman, the SGX statement said. SGX chairman-elect Chew Choon Seng would be non-executive chairman, it said. 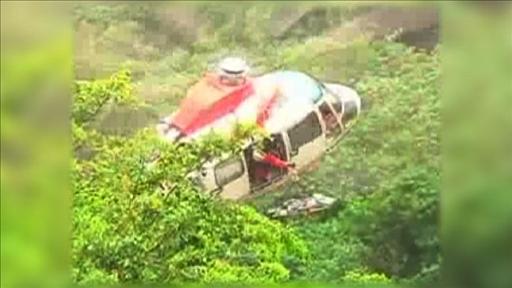 Rescue workers in Taiwan and China search for survivors of Typhoon Megi. Video courtesy of Reuters.

“The combined exchange group, ASX-SGX Ltd., will have pro-forma revenues of approximately $1.1 billion and pro-forma earnings before interest and income tax of approximately $700 million” based on their results for the year ended June 30, in addition to a market capitalization of $12.3 billion as of Oct. 22, the last trading day preceding the announcement, SGX said.

Th deal takes the SGX-ASX duo’s market capitalization closer to that of the Hong Kong bourse, which is currently the world’s largest stock exchange by market capitalization. HKEx /zigman2/quotes/200234512/delayed HK:388 -0.64%   /zigman2/quotes/201215503/delayed HKXCY +0.63%  currently has a market value of 187.8 billion Hong Kong dollars (24.1 billion). Shares of HKEx were trading 3.3% higher after the deal was announced.

“We believe that the market will view an SGX-ASX combination as a defensive one, both being exchanges that have relatively mature organic domestic-growth opportunities and facing the prospect of losing effective monopoly status with rising pricing pressures as alternative exchanges and trading venues erode [market] share over time,” Citigroup analysts wrote in a report, before SGX confirmed details of the acquisition.