Should anyone be eligible for student loans?

Some say lenders shouldn’t get to pick who gets an education. Others say we end up hurting the students

By Sara Goldrick-Rab and Neal McCluskey 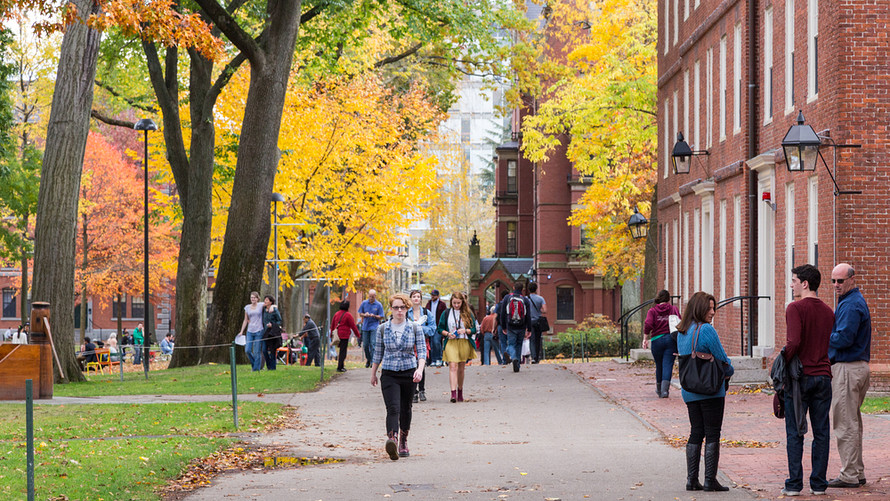 Except when it doesn’t. What happens when students take on debt and don’t finish college, either because they are still unable to meet the high cost or because they can’t fulfill the academic requirements? Many find themselves deep in debt and still unable to attain the degree or certification that could help them earn more money.

A college-enrollment boom — driven in part by the availability of loans, but also by a surge in students attending for-profit colleges — has caused student debt to nearly triple in the past decade to $1.2 trillion, according to New York Federal Reserve figures. As of last summer, nearly seven million Americans had defaulted on their student loans, government data show, about 17% of all federal student-loan borrowers.

Some say the answer isn’t to cut back on lending but to fix a higher-education system that takes advantage of lending rules to maximize profits. Others say that if lenders were more selective, everyone would be better off — including those who get turned down.

Defending widespread availability of student loans is Sara Goldrick-Rab, a professor of educational policy studies and sociology at the University of Wisconsin-Madison. Neal McCluskey, director of the Cato Institute’s Center for Educational Freedom, argues that lenders should be more selective about which students get loans.

Yes: Lenders shouldn’t pick which students get an education

In a nation where policy discussions and political debates are more bitter than ever, almost everyone seems to agree on one point: America needs large numbers of college-educated workers to compete in the global economy. Yet college is unaffordable for millions, and the student-debt crisis is real. What should be done?

Some argue for new restrictions on eligibility for student loans. Maybe, they suggest, we should only give loans to students deemed ready for college, or to students willing to commit to courses of study that match current projections for tomorrow’s job markets.

On the surface, such proposals may make sense. But look closer, and you can see that they interfere with the crucial, market-creating purpose of student loans: to capitalize those who don’t have capital. As famed economist Milton Friedman explained decades ago, it is the government’s job to ensure the nation has a sufficient stock of human capital. Providing loans helps students without financial resources obtain an education that they otherwise could never get.

Parents and students will tell you that the only thing more expensive than going to college is not going. Research confirms their wisdom. An investment in college has vast returns for graduates. The returns to families, communities and the U.S. as a whole are enormous as well. College-educated adults support the dynamism and competitiveness of the U.S. labor market.

Given this essential task, it is especially important that any student be able to receive loans regardless of their academic record and their choice of studies. Doing otherwise puts lenders in the position of picking winners and losers, and determining destinies for young people who, like all of us, deserve a shot at the American dream.

If lenders get to choose, some of the first people denied will be from low-income families, who often are less prepared for college because of America’s highly inequitable K-12 schooling system and the powerful effects of poverty on early learning. If they are shut out of college, the public will then have to provide them with support via social programs for decades.

This is foolish. A college education is one of the most effective interventions to help people obtain economic security. Those who would not extend loans to such students, suggesting that it does them more harm than good because they lack the academic qualifications to succeed, are in effect cutting off the best hope these students have of succeeding.

Instead of blaming students for high loan-default rates, as if it is somehow proof that the loans are going to the wrong people, put the blame where it belongs. It is the system that is failing the students.

Students who default most often attend for-profit institutions and community colleges. A 2014 study published in the American Economic Journal found evidence suggesting that for-profit schools increase their tuition rates in line with the total amount of federal loans their students receive, and that aid-eligible schools have higher tuition rates than schools where federal loans are not accepted. When schools go after students with federal loans to increase their profits, higher student-loan default rates should come as no surprise.

The idea that student loans should be the sole province of private lenders is equally flawed. Banks should not be in the business of limiting who attends college, nor should the federal government. The goal of the federal student-aid program has always been to maximize human capital across the economy, not maximize profits for the government’s loan program. That should not change.

Sara Goldrick-Rab is a professor of educational policy studies and sociology at the University of Wisconsin-Madison. Email: reports@wsj.com .

No: We end up hurting the students we are trying to help

Believing that everyone should be able to attend college is understandable. People with college degrees tend to significantly outearn those without, and equal opportunity is a bedrock American value. But good intentions often yield bad policy, hurting those we want to help. Federal student loans are a case in point.

These flimsy standards, coupled with a heavily subsidized higher-education system, have encouraged millions of unprepared people to enroll in college.

Remediation is the clearest symptom. One-third of first-year students take at least one remedial course, and they struggle: A federal study found that 68% of students who entered postsecondary education and took no remedial courses earned a credential — itself a low figure reflecting broad lack of preparation — but only 51% who took one remedial class finished. And only 42% who took two such courses completed.

Many dropouts acknowledge their academic challenges. A 2009 survey by Public Agenda, a nonprofit policy-research group, found that non-completers most often cited a need to work for dropping out, but also pegged academic problems, including 34% who said some classes “were too difficult,” and 47% who admitted to having “spent too much time socializing and not enough time studying.” Given the normal bias against blaming oneself, these probably understate the problem.

Many dropouts have loans, which are much harder to repay when one fails to finish, or gets a worthless degree. Borrowers on the academic margins, who often attend community colleges and for-profit schools, likely struggle the most to repay even though their debts tend to be relatively small. The Federal Reserve Bank of New York found that 34% of borrowers with debts between $1,000 and $5,000 defaulted, versus only 18% with debts in excess of $100,000, a level of debt associated with advanced degrees.

What this demonstrates is that, for the sake of the people we want to help, Washington should be more strict about the academic qualifications of those to whom it lends. Giving loans to people who will likely struggle to complete, and then struggle to repay, does not help them, no matter how pure the intention.

To enroll in an associate degree program or higher, perhaps a minimum GPA of 3.0 on a 4.0 scale, and an SAT or ACT score equal to the national average, should be required.

There are, of course, problems with this. Are a 3.0 GPA and 1000 SAT score the right threshold? And it is troubling to have government give some people loans while refusing others, especially since “objective” measures may not tell us everything important about individual borrowers.

But it does not help people who have gotten bad K-12 educations to saddle them with debt for programs they are unequipped to complete or that do not confer in-demand skills. And vainly attempting to have colleges make up for K-12 failure takes pressure off what must come first: fixing elementary and secondary education.

All of this is why lending should be in private hands. Private lenders would have strong incentive to work with even the financially poorest, when college-ready, based on the likelihood they will succeed and repay their loans. Private lenders also would be using their own dollars, and so would have a powerful incentive to be honest with unprepared students, telling them, “The loan you want does not make sense for me…or you.” This would all be coupled with the flexibility to consider multiple measures of postsecondary readiness, as well as differing loan terms, and thus to treat potential borrowers as the unique people they are.

Neal McCluskey is the director of the Cato Institute’s Center for Educational Freedom. Email: reports@wsj.com .

The article “Should anyone be eligible for student loans?” first appeared on WSJ.com.