Six Chinese stocks to buy while they’re on sale

It’s worth buying the dip in Chinese stocks, according to T. Rowe and Davis fund managers 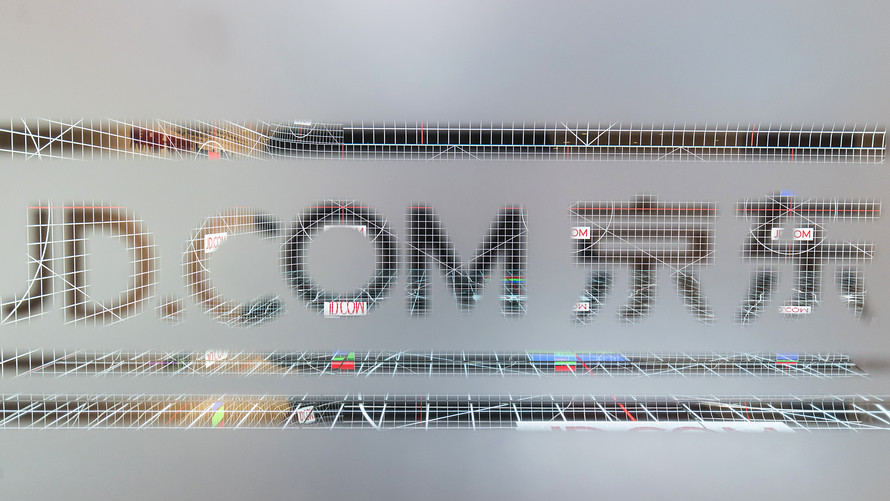 Bloomberg
JD.com is the largest retailer in China.

While the financial media seem to be expecting a pullback in U.S. stocks, which is as good a reason as any why it won’t happen soon, we just got one in China.

It’s time to step up and buy the weakness, say fund managers who know the region well.

On Tuesday it was at about $66, up about 5%. But Chinese stocks are still at a significant discount from their highs for the year. That makes this a good time to enter for long-term investors who have missed out on the gains.

China wonks cited a myriad of reasons for the decline — from a crackdown on lending, to President Xi Jinping’s recent consolidation of power, which suggested there might be heightened trade wars and other tensions with the U.S. But Goei writes off the decline as normal volatility after a strong year for Chinese stocks.

“China is one of the most interesting emerging markets, because it is on its way to becoming an asset class on its own,” he says.

Here’s a quick guide to some of the favorite China stocks of those two managers, from the obvious to three names I’ll bet you’ve never heard of before. (I hadn’t.) Both fund managers are worth listening to because they easily outperform their benchmarks over the past five years, according to Morningstar.

Like Amazon.com Inc. (NAS:AMZN) , Alibaba Group Holding Ltd. (NYS:BABA)  is a giant e-commerce marketplace that’s also in cloud computing. It controls 60% of China’s e-commerce market. The sheer size helps give the company a protective moat, says Goei. But unlike Amazon, Alibaba doesn’t get involved in managing warehouses and logistics. This reduces costs. It’s sort of the eBay Inc. (NAS:EBAY)  of China, only better, because it is so huge.

Alibaba makes money, in part, by charging merchants for preferred listings on its site, a high-margin business because it doesn’t cost the company much to do this.

“They are very profitable,” says Goei. Alibaba is also in search and video, and it has a stake in a big financial-services business called Ant Financial.

If Alibaba is the eBay of China, JD.com Inc. (NAS:JD) is its Amazon, because JD.com takes on inventory and warehouses goods. This “asset heavy” model weighs on margins, relative to Alibaba. But JD.com has some advantages.

Unlike merchants who sell on Alibaba, JD.com is huge. And this heft gives it buying power.

“JD.com is the largest retailer in China, so it gets the economies of scale. JD.com can go to Samsung and say, ‘Give me a good price,’ ” says Goei. This means it often has better prices than the merchants on Alibaba.

Next, JD.com handles home delivery. It’s like a mix of United Parcel Service Inc. (NYS:UPS)  and Amazon.com. This gives it greater control over the customer experience, which matters to buyers.

The big challenge for JD.com is that it has to move out of its core consumer electronics space into other areas like apparel, which has higher profit margins.

“But apparel is where Alibaba is really strong. So we will have to see if JD.com can compete there,” says Goei. “We own both, but we own more of Alibaba.”

This is the “Craigslist of China,” with two big differences. First, 58.com Inc. (NYS:WUBA)  is a publicly traded company. Next, it cares more about growth. There’s no shortage of that. Sales grew 33% in the third quarter to $410 million compared with the year before, beating guidance. The company projected 25%-30% sales growth for the fourth quarter.

A lot of 58.com’s revenue comes from real estate listings. So its stock can get hit whenever the government makes noises about cooling off growth in super-hot real estate markets. 58.com is dealing with this by trying to build a presence in smaller cities where real estate markets are less vulnerable to the sharp price gains that attract government attention.

It’s a play on the migration of more consumers online, and the increase in consumption as China’s middle class grows, says Thomson at T. Rowe Price, who cites this as one of his favorite China stocks.

Now here are three China plays that you can buy on U.S. exchanges, which I’m pretty sure you have never heard of. Since these names are not as well-followed, there’s a chance that less of their growth potential is priced into their stocks.

“So the after-school-tutoring business has exploded,” he says. “As early as kindergarten, they are putting kids into these programs.”

That said, only about 35% of students in grades kindergarten through high school go to after-school-tutoring programs, compared with about 80% in South Korea.

Two plays on this trend that you can buy on U.S. exchanges are New Oriental Education & Technology Group Inc. (NYS:EDU)  and TAL Education Group (NYS:TAL) . While they’re each pretty big in the sense that they have hundreds of learning centers, they’re also small in that together they control less than 5% of the market. This means there is plenty of room to grow.

Growth might not be too big a challenge since their main competitors are mom-and-pop operations that run a single school or two. These smaller players don’t have the resources and economies of scale to compete in marketing and online efforts, says Goei. New Oriental Education and TAL Education also have powerful brand names, which matters a lot in China, he says.

“They have competitive advantages, and that’s why they are growing 30% to 50% a year,” says Goei.

Another China education play is Tarena International Inc. (NAS:TEDU) , the leader in computer-science training. Tarena is based in Beijing, but it broadcasts classes on coding to remote locations, where tutors assist students.

“Each teacher is teaching 10 to 20 classes at once. You can really leverage that,” says Goei.

Of course, there are plenty of risks to investing in a country where so much of the economy is controlled by politicians. One of the biggest risks is the amount of debt China’s government has taken on, to spur growth. China bears point to these debt levels and predict it will all blow up some day.

But they’ve been saying that for years. So is this something you should really be worried about?

“It would be flippant of me to say it is not an issue,” says Thomson, at T. Rowe Price. But three factors mitigate the risk, he says.

First, the quality of the debt has improved, thanks to restructuring at companies that have a lot of debt on their balance sheets.

Second, most of the debt is on the books of state-owned enterprises in the form of loans from local banks.

“In effect, they are all agents of the state and subsidiaries of the Communist Party,” he says.

This reduces the risk of default. Unlike private bond investors, the government is less inclined to create trouble for itself via defaults.

Finally, while debt levels are high among companies, private citizens have high savings rates — unlike in the U.S. This brings down debt levels in the country.

“I don’t take the view that this goes into a terrible place. I think they can manage through this,” says Thomson.

At the time of publication, Michael Brush had no positions in any stocks mentioned in this column. Brush has suggested BABA in his stock newsletter, Brush Up on Stocks. Brush is a Manhattan-based financial writer who has covered business for the New York Times and The Economist group, and he attended Columbia Business School in the Knight-Bagehot program.