One analyst worries about a slowdown in paid user growth 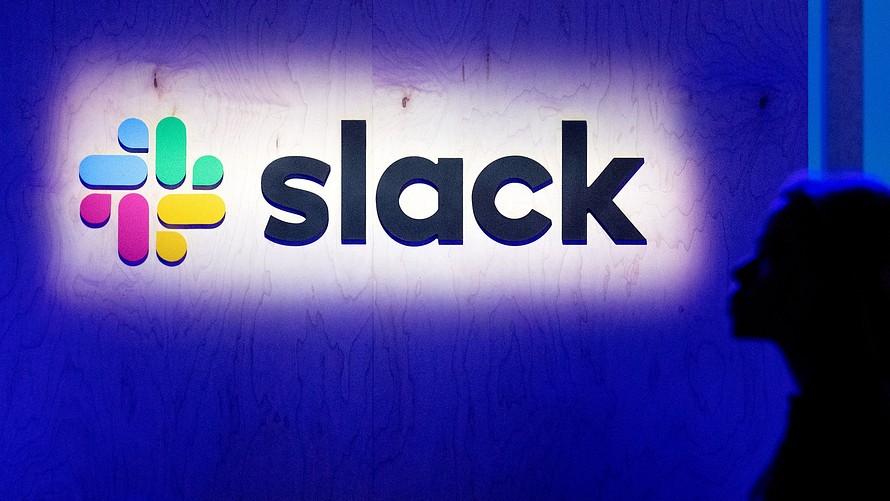 Slack Technologies Inc. got a boost from businesses rushing to get remote-work tools due to the COVID-19 crisis, but the company failed to impress with its view of the year ahead.

Shares of Slack /zigman2/quotes/212180539/composite WORK -2.41%  were down nearly 16% in Friday trading after the workplace messaging company topped expectations for the April quarter but barely raised its forecast for the full fiscal year. The stock is on track for its largest single-day percentage decline on record if the losses hold through the close.

Slack’s forecast “was not enough” for the investment community as there were “high investor expectations for team collaboration and communication names amidst this [work from home] era,” Bernstein analyst Mark Moerdler wrote following the report.

One other weak point of the report may have been what was left unsaid, according to Moerdler. “Slack this quarter did not provide an update to the daily active user (DAU) count, last announced at 12 million in October,” he wrote. “While Slack has provided metrics on user engagement, we believe that investors continue to look for meaningful DAU growth as a sign of strength in the business.”

He rates the shares at market-perform while boosting his price target to $33 from $19.

Mizuho’s Gregg Moskowitz was concerned by a slowdown in paying customer additions as the quarter wore on. Slack had already disclosed 9,000 such net additions through late March and posted 12,000 for the overall April quarter, with the quarterly total reflecting a “significant recent deceleration” and coming in “generally below buy-side expectations,” according to Moskowitz.

“Said another way, Slack added a weekly average of about 1,100 net new paid logos through Mar. 26, but only ~600 per week thereafter, reflective of significant deceleration,” he wrote. “Looking forward, Slack also expects quarterly net paid adds to moderate over the rest of the year to levels closer to those which were observed in FY20.”

He has a neutral rating and $29 price target on the stock.

Opinion: Zoom’s astounding quarter shows it expects to be a force even after workers go back to the office

Oppenheimer’s Ittai Kidron said it remains unclear how well Slack will be able to convince free users to upgrade to paid plans over time. “We like the long- term setup, but view the near-to-moderate risk/reward profile as balanced given the possibility of slower conversion rates and potential second-derivative macro pressure points (lower spending, user cuts, higher churn, etc.),” he wrote, while maintaining a perform rating on the stock.

“While the shape of the next few quarters is hard to predict – for folks both internal and external to Slack – the secular trends are clear,” Canaccord Genuity’s David Hynes wrote. “We won’t make the case that Slack shares are cheap on the pullback...but a conservative view likely sets up a series of positive surprises, which should push the stock higher.”

Hynes suggested that investors “let the dust settle” an then “use weakness as a chance to add” to their positions. He rates the stock a buy and raised his price target to $38 from $25.

At least nine analysts hiked their price targets after the report, according to FactSet, while at least one came out with a lower target. Of the 24 analysts tracked by FactSet who follow the stock, 13 rate it a buy, eight rate it a hold, and three rate it a sell, with an average price target of $33.48.

Get news alerts on Slack Technologies Inc. — or create your own.