Government rushes to save Main Street before businesses fail 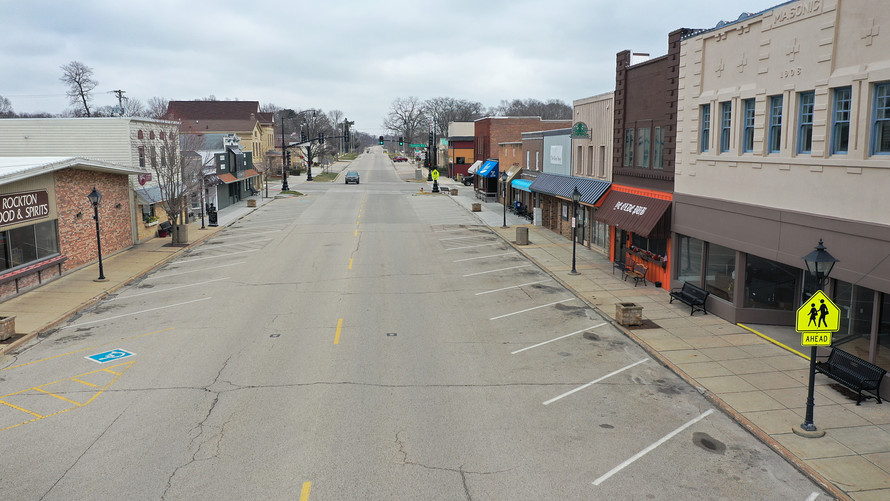 Getty Images
A normally busy Main Street in Rockton, Ill., is deserted after the governor instituted a shelter-in-place order in an attempt to curtail the spread of the coronavirus.

The numbers: The optimism of small businesses in the U.S. economy suffered the biggest decline in March in 37 years — and due to the deepening coronavirus crisis that record is sure to be broken again very soon.

The National Federation of Independent Business said its optimism index sank 8.1 points to 96.4, marking the largest decline in the survey since the influential trade group began a monthly tracker in 1986.

The expected plunge in April is going to be a lot worse, though.

“The NFIB survey collected the majority of responses in the first half of the month, so the sharp decline in employment is not reflected in the March survey data,” the group said.

Read: Coronavirus has capsized the U.S. economy and it’s still sinking to even lower depths

What happened: Just a few months ago, small businesses in the U.S. were extremely optimistic about the economy. Many said their biggest problem was finding skilled workers to fill a surplus of open jobs.

Now the biggest problem confronting small businesses is just staying alive. Many have had to lay off valued employees to conserve cash. In March, nine of the survey’s 10 components fell.

The government’s gargantuan coronavirus-rescue package, known as the CARES Act, included $350 billion in forgivable loans for small businesses to keep paying employees over the next few months. The more workers they keep, the bigger the loan to help with payrolls, rent, utilities and other costs.

Read: The U.S. officially lost 701,000 jobs in March, but in reality millions vanished

Now the government is in a race against time to funnel the money to financially strapped small businesses, many of which might not survive without the help.

About half of the firms surveyed by the NFIB said they could not survive more than two months under current business conditions. Some might not even be able to keep going even if they get help, with so much of the economy shut down.

Big picture: Small businesses aren’t as visible as large companies such as Amazon (NAS:AMZN)  and General Motors (NYS:GM) , but about half of all Americans work for them.

If large numbers of small firms go out of business, the oncoming U.S. recession could be deeper and longer than predicted. That’s why Congress rushed to help Main Street out — and why more help might be forthcoming. Now the big question is whether the money can get in the hands of small-business owners in time.

What they are saying? “Small businesses are living through the coronavirus pandemic right now and it’s hard to say what the severity of the disruption will be, but we do know they’re feeling the urgency,” said NFIB chief economist William Dunkelberg. “It is vital that these businesses have access to federal funds that are made available through the CARES Act to keep the doors open on Main Street.”

Market reaction: The Dow Jones Industrial Average (DOW:DJIA) and S&P 500 (S&P:SPX) were set to open higher in Tuesday trades. Stocks surged on Monday on the hope that the peak of the pandemic may soon be approaching.