An earlier version of this report described the fourth-quarter per-share consensus as a profit, and not a loss. It has been corrected. 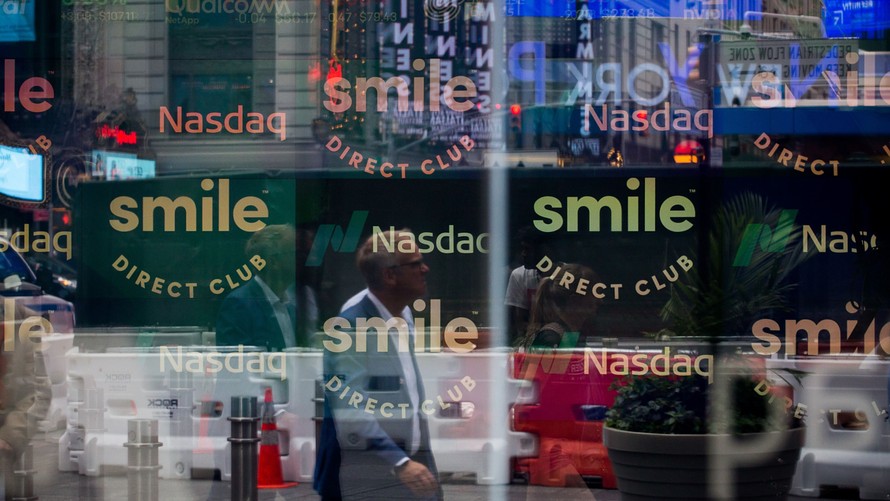 Bloomberg News/Landov
SmileDirectClub Inc. signage is displayed during the company's IPO at the Nasdaq MarketSite in New York on Sept. 12.

SmileDirectClub /zigman2/quotes/214109287/composite SDC +2.53%  shares were volatile in the extended session, swinging between gains and loses, and were last down 2% after hours, following a 6.5% decline to close the regular session at $11.08. The stock was down 7.6% in premarket trade Wednesday.

The company reported a third-quarter loss of $88.3 million, or 89 cents a share, compared with a loss of $15 million in the year-ago period.

Analysts surveyed by FactSet had forecast a loss of 97 cents on revenue of $165.4 million.

SmileDirectClub expects full-year revenue of $750 million to $755 million for the year, while analysts forecast revenue of $746.5 million.

“Q3 was a good quarter. We were able to demonstrate our ability to execute, said SmileDirectClub Chairman and CEO David Katzman in a statement. “Overall, our business is better positioned than ever to capitalize on the massive market opportunity in front of us, and we look forward to demonstrating that in the quarters to come.”

SmileDirectClub shares went public in September at $23 and have struggled since.

Get news alerts on SmileDirectClub Inc. — or create your own.