So seriously, what’s up with the fireworks everywhere these days? 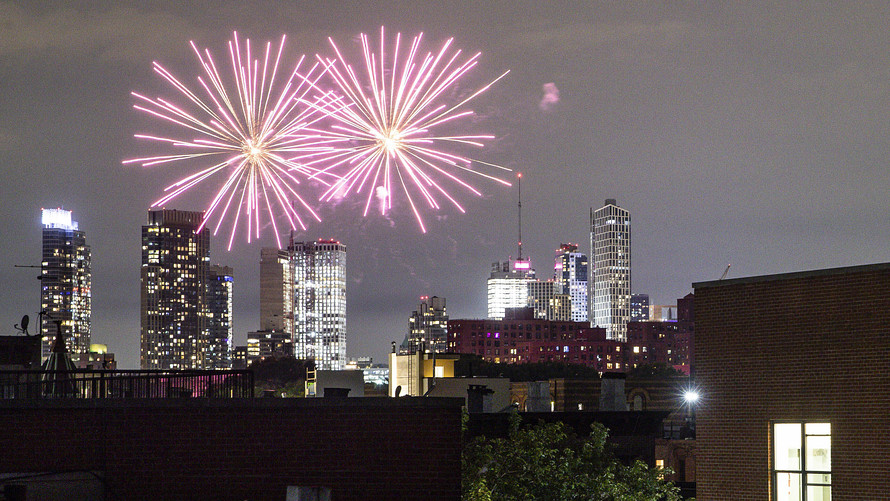 Associated Press
Fireworks explode during Juneteenth celebrations above the Bedford-Stuyvesant neighborhood in Brooklyn on June 19.

NEW YORK — They are a symbol of celebration, loudly lighting up the night sky and best known in the U.S. as the explosive exclamation point to Fourth of July festivities.

This year, fireworks aren’t being saved for Independence Day.

All of them want to know: Why the fascination with fireworks, and where is everybody getting the goods?

“I had that same question,” said Julie L. Heckman, executive director of the American Pyrotechnics Association.

Theories range from coordinated efforts to blame those protesting police brutality to bored people blowing off steam following coronavirus lockdowns. Most states allow at least some types of consumer fireworks, making them difficult to contain in cities like New York where they’re banned because people can drive a couple of hours away to buy them legally.

New York Mayor Bill de Blasio set up a multiagency task force in hopes of getting answers, after blasts from Brooklyn to the Bronx have people in the city that never sleeps desperate to actually get some.

Made up of police, firefighters and the Sheriff’s Bureau of Criminal Investigation, the task force will conduct sting operations to try to stop the sales of explosives that are proving dangerous. A 3-year-old boy was injured Wednesday while watching fireworks from her apartment window.

“This is a real problem. It is not just a quality-of-life problem and a noise problem,” de Blasio said.

Many Fourth of July celebrations will be smaller or eliminated entirely because of coronavirus restrictions. Yet the business of fireworks is booming, with some retailers reporting 200% increases from the same time last year, Heckman said.

Her industry had high hopes for 2020, with July 4 falling on a Saturday. Then came the pandemic and its closures and cancellations, leaving fireworks retailers worried they wouldn’t be able to scratch out much of a sales season.

Those fears have gone up in smoke.

“Sales are off the hook right now. We’re seeing this anomaly in use,” Heckman said. “What’s concerning to us is this usage in cities where consumer fireworks are not legal to use.”

Officials have the same concern.

New Jersey Gov. Phil Murphy said there are too many reports of fireworks being set off across the state, where they are mostly illegal.

“This is no way to blow off steam,” he told reporters Tuesday in Trenton, the capital.

New Jersey outlaws pyrotechnics except for sparklers and snakes, which produce smoke but don’t explode, though residents have easy access to fireworks at shops in Pennsylvania.