Social Security benefits will increase by 1.3% in 2021 — is this keeping up with how seniors actually spend?

A modest increase reignites the debate over the appropriate price index 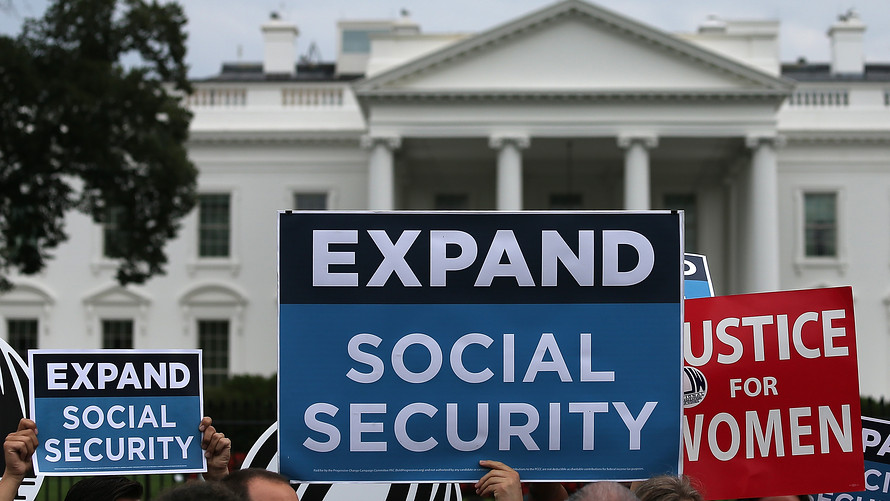 Getty Images
Activists participate in a rally urging the expansion of Social Security benefits in front of the White House.

How best to keep Social Security benefits up to date with inflation has been a controversial issue.

Critics have argued for decades that the CPI-W understates the inflation of the elderly because it does not reflect how large a share of their budget goes for medical care, where prices have been rising rapidly. The elderly also tend to be hurt by the introduction of new consumer technology because they consume relatively less of these goods and do not benefit as much as the rest of the population from the initial declines in prices.

Read: You can still claim spousal Social Security benefits — even if your spouse is gone

Two things made me want to look again at the Social Security price index.

First, the government just announced that Social Security benefits will increase by 1.3% for 2021, a woefully inadequate increase according to some commentators.

Read: What’s your net worth and how do you compare to others? 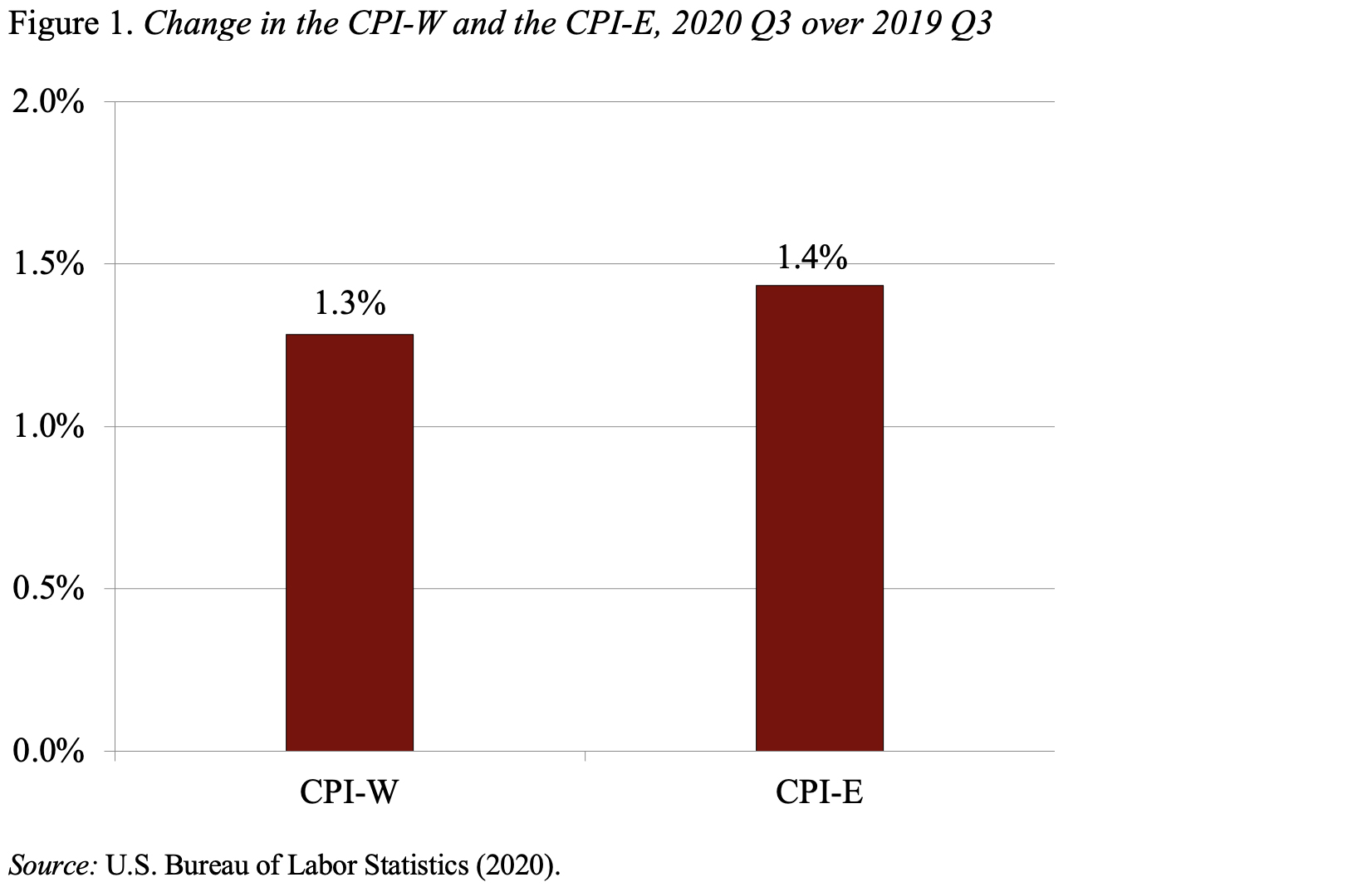 A modest increase tends to reignite the debate over whether the government is using the most appropriate index to adjust Social Security benefits. To address this issue, Congress in 1987 directed the Bureau of Labor Statistics to calculate a separate price index for persons 62 and older. This index, called the CPI-E, has been extended back to December 1982. While the constructed index is far from perfect, it does provide some sense of whether or not older people face very different rates of inflation. If the adjustment had been based on the CPI-E instead of the CPI-W, the 2021 increase would have been 1.4% instead of 1.3% — 0.1 percentage point higher.

Read: Half of Americans over age 55 may retire poor

How about over the longer run? In the 1980s and 1990s, the CPI-E regularly increased faster than the CPI-W. That pattern changed, however, after the turn of the century as the rate of increase in the price of medical care slowed. Over the last 20 years, the two indexes have produced almost identical results (see figure 2 below). 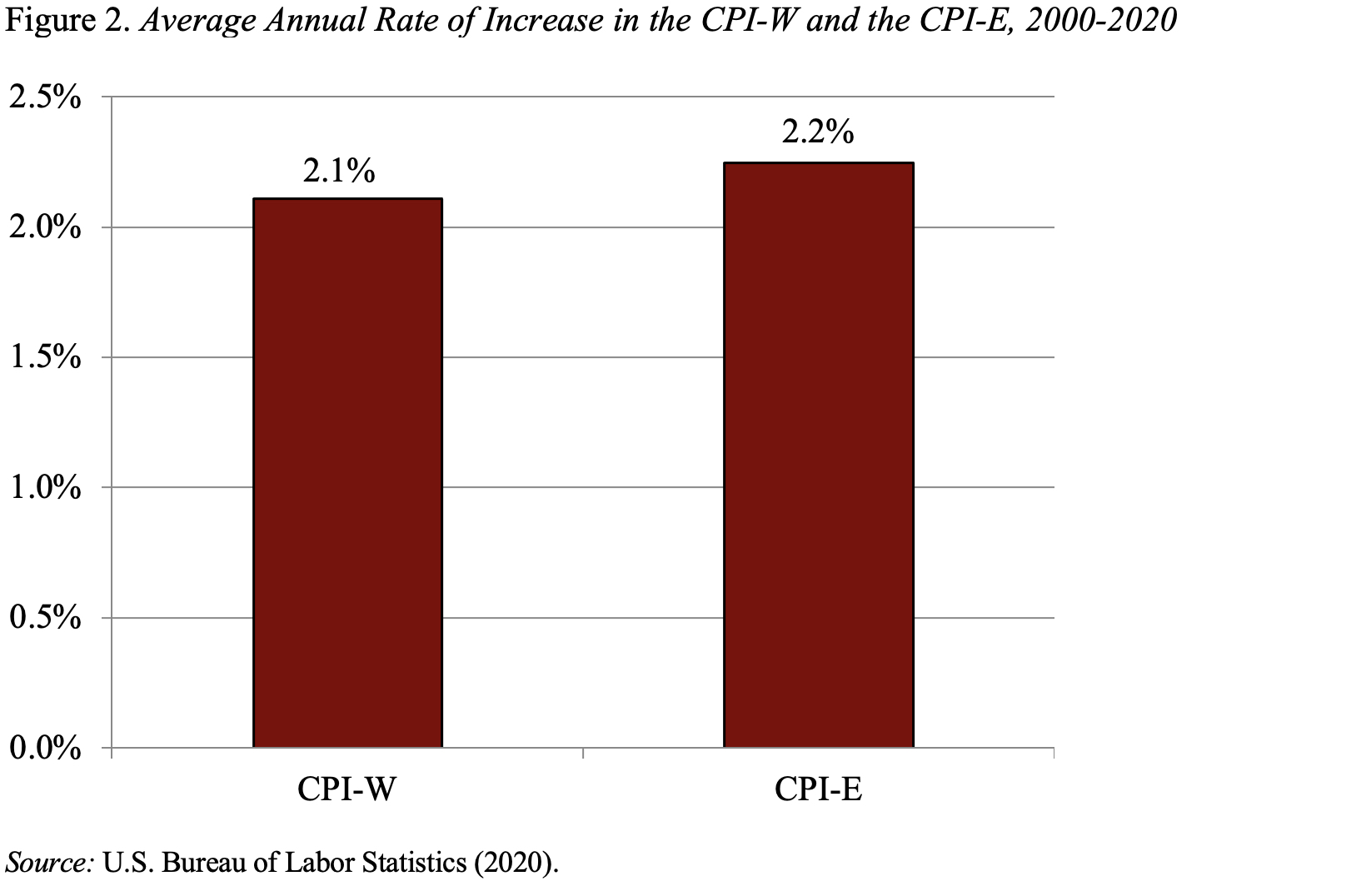 Assuming the current pattern continues to hold, I don’t think I’d go for a big fight over the price index. On the other hand, if medical care costs start to rise more rapidly again, it may be time to construct and use an index designed specifically for older Americans.