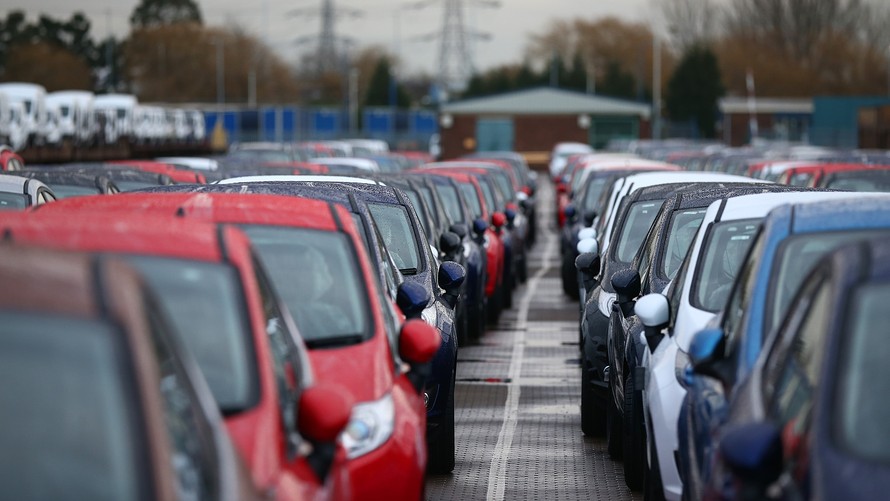 The number of subprime auto loans sinking into delinquency hit their highest level since 2010 in the third quarter, with roughly 6 million individuals at least 90 days late on their payments.

It’s behavior much like that seen in the months heading into the 2007-2009 recession, according to data from Federal Reserve Bank of New York researchers.

“The worsening in the delinquency rate of subprime auto loans is pronounced, with a notable increase during the past few years,” the researchers, led by Andrew Haughwout, said Wednesday in a blog on their Liberty Street Economics site .

Weakness among the lowest-rated borrowers plays out against a robustly growing vehicle lending market. Originations of auto loans have continued at a brisk pace over the past few years, with 2016 shaping up to be the strongest of any year within the NY Fed’s data, which began in 1999.

And: Losses on stretched subprime auto loans will deepen into year-end

It’s worth noting that the majority of auto loans are still performing well—it’s the subprime loans, those with associated credit scores below 620, that heavily influence the delinquency rates, the researchers said. Consequently, auto finance companies that specialize in subprime lending, as well as some banks with higher subprime exposure are likely to have experienced declining performance in their auto loan portfolios. 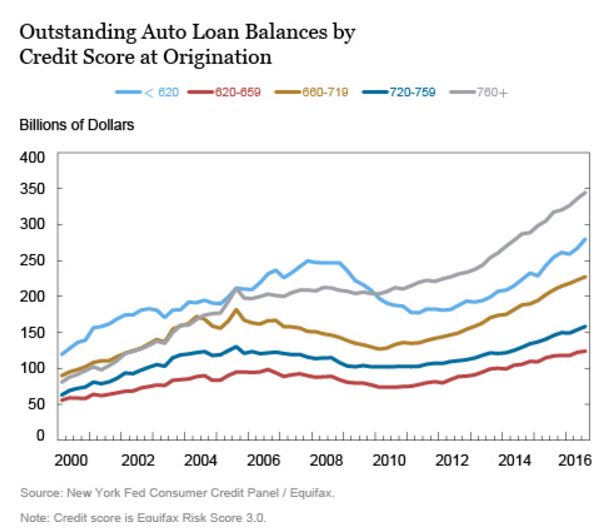 Because auto loans are repackaged as bond-like asset-backed securities, the health of the loan market can have implications for credit-market health.

Credit-ratings agency Fitch said its measure of subprime auto-loan annualized net losses among ABS were up 19.4% in October from the same month a year earlier. The loss rate was 9.61% in October, the highest since February, although the pace of monthly increases has slowed.

Lower car values are adding to the stress. The Manheim Used Vehicle Value index declined to 126 in October, edging down from 126.9 in September, to the lowest level since June. The index is still at solid levels overall in 2016, and recent declines have been minimal, Fitch said.

Fitch has a positive rating outlook for the prime sector and stable outlook for subprime ratings despite recent loss increases.

What’s more, credit officials have stressed that the contagion risk to the financial system from poor auto loans isn’t like the risk posed when subprime mortgage lending pushed the U.S. into the Great Recession. That’s in large part because repossessed cars are easier to resell than bank-owned homes. Cars can’t sink whole neighborhoods with foreclosure blight.

Subprime mortgage lending remains at very low levels since the financial crisis. But as the financial system has recovered, subprime auto lending has ramped up with little hesitation. 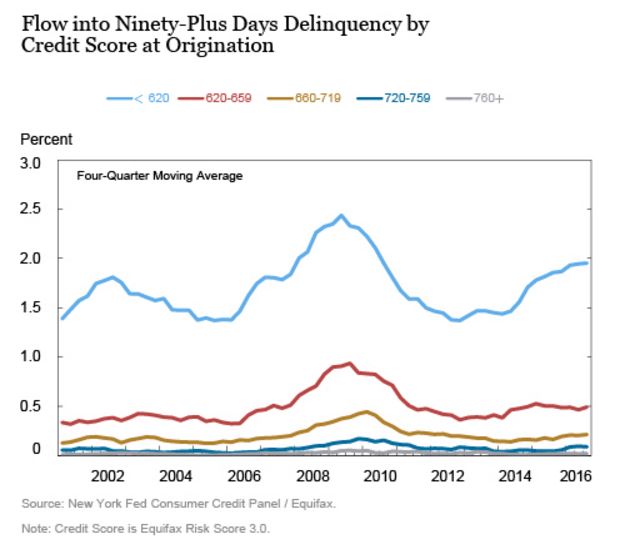 Still, credit-ratings agencies, and now the Fed staff, have issued warnings about persistent risk (the researchers are careful to say that their view doesn’t necessarily reflect that held by monetary policy-setting Fed members).

“Even though the balances of subprime loans are somewhat smaller on average, the increased level of distress associated with subprime loan delinquencies is of significant concern, and likely to have ongoing consequences for affected households,” Haughwout and team wrote.