2.7 million Americans went back to work in May, but social distancing requirements may prevent more from getting rehired 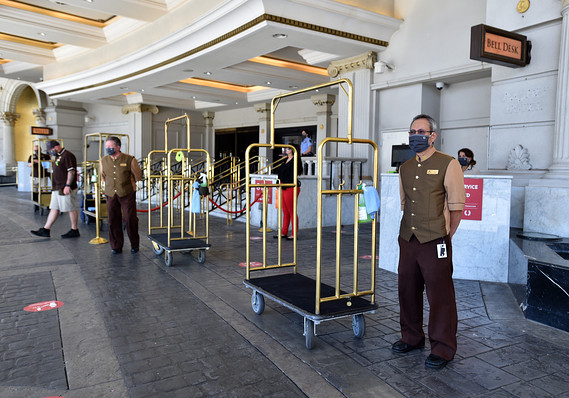 2.7 million Americans who were temporarily laid off amid the coronavirus pandemic were rehired last month, according to the Bureau of Labor Statistics jobs report. But economists aren’t overly optimistic that employers will continue to rehire at that pace.

The biggest gains in May were in leisure and hospitality, where 1.2 million Americans were rehired. Construction, education and health services and retail followed with 464,000, 424,000 and 368,000 job gains, respectively.

The jobs in hospitality and retail were “the ‘easiest’ jobs to bring back,” which explains why they are returning first, said Andrew Hunter, senior U.S. economist at Capital Economics.

Layoffs in these two sectors that occurred over the past few months were a direct result of lockdown measures, he said. “So it’s no real surprise that many of those lost jobs have come back quickly as the economy has started to reopen.”

At the same time, hotels and stores selling non-essential items are for the most part still bound to strict capacity guidelines to avoid overcrowding. “Most are being forced to operate at half staff,” said Chris Low, chief economist for FHN Financial. “My sense is that they won’t be adding back more jobs in those sectors.”

Hiring within the construction sector has the potential to continue to grow as the U.S. economy begins to recover, and “fewer projects are likely to be postponed or canceled,” said Anirban Basu, chief economist at the Associated Builders and Contractors, a D.C.-based trade organization representing 21,000 industry members.

The Paycheck Protection Program, which enables small businesses to receive a loan that can transform into a grant if they are able to restore full-time employment and salary levels by June 30, also explains why more Americans were rehired last month, Hunter said. But that also means that last month’s employment boost was temporary.