Some on Fed viewed historic December rate hike with trepidation 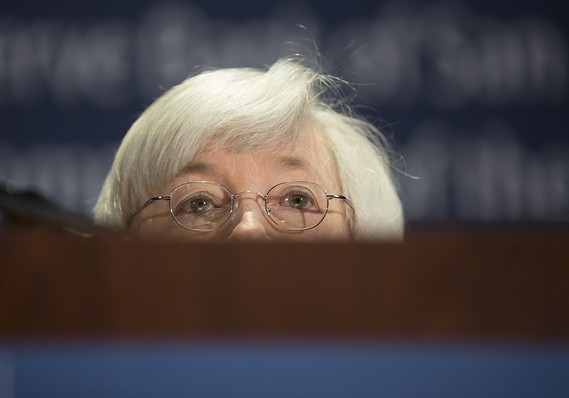 WASHINGTON — Minutes of the Federal Reserve’s historic decision to lift interest rates revealed an undercurrent of doubt by central bankers despite a unanimous vote.

“Some members said that their decision to raise the target range was a close call, particularly given the uncertainty about inflation dynamics, and emphasized the need to monitor the progress of inflation closely,” according to the minutes of the Dec. 15-16 meeting, released Wednesday.

At the meeting, the Fed decided to raise rates by a quarter percentage point from the zero lower bound, where rates had been since late 2008.

Sal Guatieri, a senior economist at BMO Capital Markets in Toronto, said the minutes reveal the Fed isn’t “chomping to follow up last month’s rate hike as early as this month, or possibly even in March unless the economy, and possibly inflation, shows more spunk than shown recently.” The Fed meets again on Jan. 28-29.

In hiking rates for the first time since 2006, Fed officials cited improvement in labor markets and said they were “reasonably confident” that inflation would move up toward the Fed’s 2% target.

But some officials seemed to have as much trepidation as confidence.

For these members, the risks that inflation would stay low “remained considerable.”

Among the concerns were that further shocks to prices of oil and other commodities, or a sustained rise of the dollar, could delay the expected upturn in inflation.

Additionally, a couple of officials were worried that further strengthening of the labor market might not be sufficient to offset “the downward pressures from global disinflationary forces.”

The expected near-term performance of inflation was also softened.

The consensus view of Fed officials and the staff was that the further drop in oil prices in the fourth quarter “was likely to exert some additional transitory downward pressure on inflation in the near term.”

“Although almost all still expected that the downward pressure on inflation from energy and commodity prices would be transitory, many viewed the persistent weakness in those prices as adding uncertainty or posing important downside risks to the inflation outlook,” the minutes said.