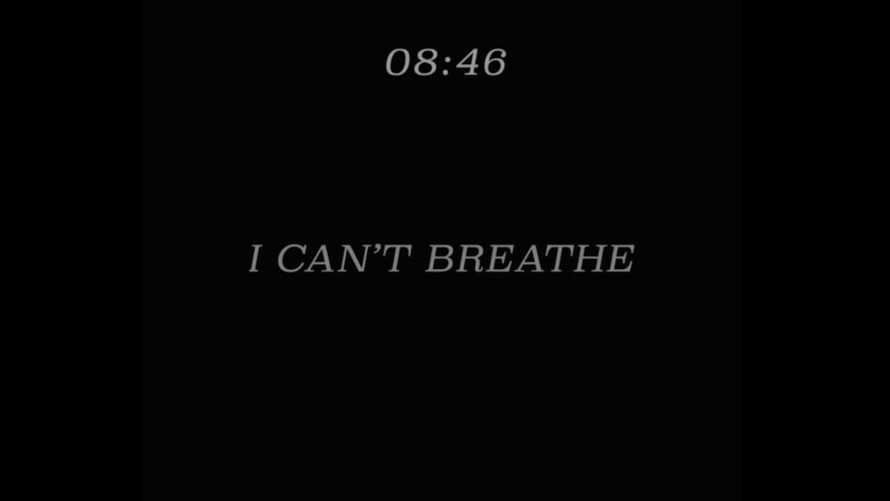 Screenshot/MTV
A still from the ViacomCBS tribute to George Floyd that aired on Nickelodeon, MTV and several other networks for almost nine minutes.

These almost nine minutes of near silence speak volumes.

Eight ViacomCBS /zigman2/quotes/200340870/composite VIAC +1.04%  networks went off the air for eight minutes and 46 seconds on Monday night in a tribute to George Floyd, the black man who was pronounced dead soon after white Minneapolis officer Derek Chauvin knelt on his neck for that long, and whose death has sparked civil unrest around the world over the past week.

Most of the channels, including BET, MTV, VH1, Comedy Central and CBS Sports, aired the words “I can’t breathe” on a dark background, along with the sound of someone breathing while a clock counted down the 8 minutes and 46 seconds that Chauvin kept his knee pressed against Floyd’s neck while the man was lying facedown in the street.

Nickelodeon took a more kid-friendly approach to the social justice campaign, using an orange background (the network’s signature shade) with the message: “Nickelodeon is going off the air for 8 minutes and 46 seconds in support of justice, equality, and human rights.”

The message airing at 6 p.m. ET also scrolled the “Nickelodeon Declaration of Kids’ Rights” on repeat, which the network created in June 1990. It reads:

The orange Nickelodeon spot did not feature the breathing sounds.

But a brief segment of the other version of the tribute, featuring the words “I Can’t Breathe” set to the sounds of someone inhaling and exhaling, also aired on Nickelodeon later that evening. And some people are criticizing the campaign on Twitter /zigman2/quotes/203180645/composite TWTR +1.99% and Facebook /zigman2/quotes/205064656/composite FB +0.60%  for scaring their children, and asking what the striking spot was doing on a kids’ network.

Reps for Nickelodeon declined to comment, other than to share the text from the “Nickelodeon Declaration of Kids’ Rights” as an explanation.

ViacomCBS was not immediately available for comment by press time. In fact, the media company’s website went dark as part of #BlackoutTuesday, a day being promoted by activists to observe, mourn and bring about policy change following Floyd’s death. The landing page read, “Our Business Is On Pause Today,” and explained that the media company was encouraging employees to “shift their focus from building our business to building community.” 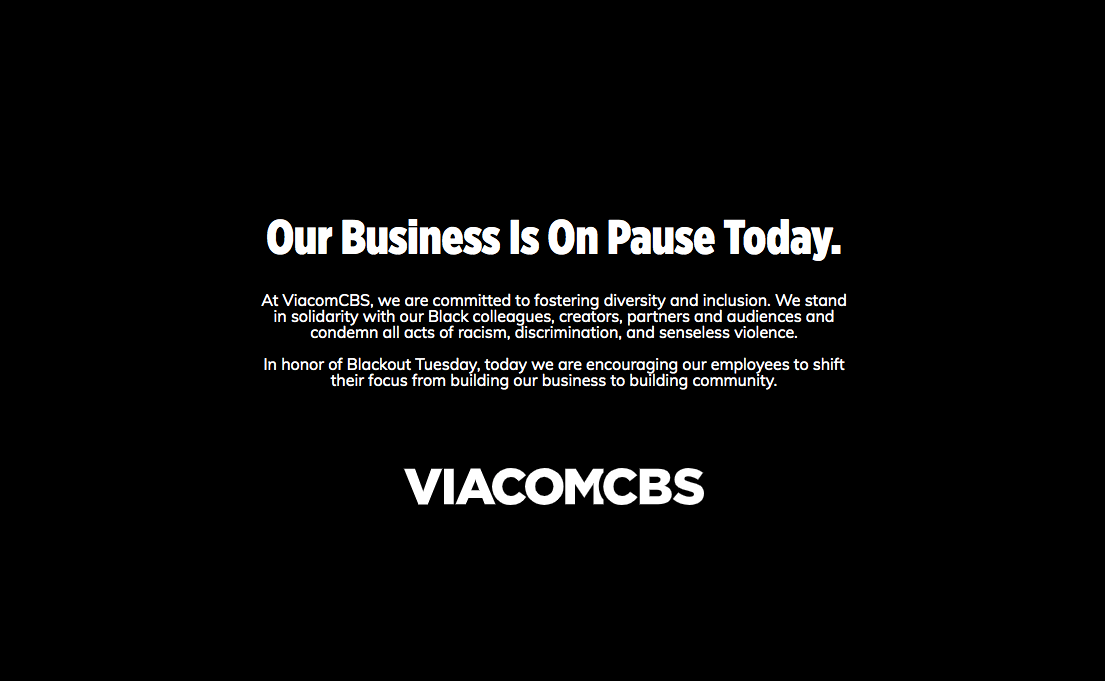 But ViacomCBS President of Entertainment and Youth Brands Chris McCarthy had this to say about the campaign before it was aired.

“While I am not a person of color and can never fully understand this experience, I am offended by the systemic racism and want to stand together with our communities of color in the hurt and pain,” he wrote in an internal memo reported by Deadline . “We must all do our part – discrimination against one of us is discrimination against all of us.”

And Nickelodeon’s official Facebook page responded to one critic by writing, “Unfortunately, some kids live in fear every day. It’s our job to use our platform to make sure their voices are heard and their stories are told.”

This was a sentiment shared by many people who noted that a lot of black children have been scared for their own lives and those of their family members “for over hundreds of years.”

“Thank you for doing this,” wrote a viewer under the name Rachel Gardiner on the network’s Facebook post promoting the tribute. “This IS the right platform. This is a scary time and riots are everywhere; we need to discuss these things with our children and they need to know about equality and their rights.”

A Twitter user wrote that shielding children from issues like this “is how racism and other forms of discrimination are being passed down. They’re learning to bully others because their parents are ‘too scared’ to educate them about the world they have to live in.”

Streaming service Quibi also announced that it would go dark for eight minutes and 46 seconds on Tuesday to “remember the death of George Floyd and those that came before him,” such as the recent killings of Ahmaud Arbery, who was shot by two white men while jogging in Georgia, and Breonna Taylor, who was shot by Louisville police in her own home.