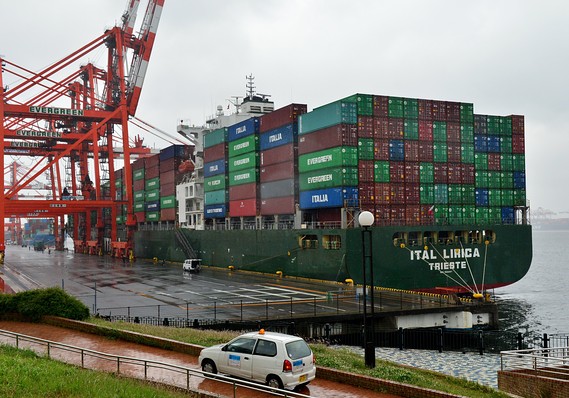 Election losers? How about large technology companies that might see a cut-back in H-1B visas that make it easier to attract worldwide talent. Tech companies would also be vulnerable to less-free trade or an outright trade war that cripples cross-border supply chains. And spare a thought for Amazon /zigman2/quotes/210331248/composite AMZN -8.43%  leader Jeff Bezos, owner of Trump target The Washington Post . Will more Amazon customers need to start paying state sales taxes, cutting into the e-commerce giant's competitive advantage? We'll just have to let Jeff and The Donald hug it out.

Expeditors International /zigman2/quotes/203110734/composite EXPD -1.55% , with a market cap of $9.6 billion, is a shipping-logistics provider headquartered in Seattle. They make their money organizing, consolidating and forwarding goods via air, rail and road. Its September quarter, however, left a lot to be desired.

More happy was the news from government information technology contractor Leidos /zigman2/quotes/202902477/composite LDOS +0.13% , which has a market cap of $7.5 billion.

Some of the brighter outlook for Leidos is due to the recent acquisition of the Information Systems and Global Solutions division of rival Lockheed Martin /zigman2/quotes/200691238/composite LMT +0.41% .

But Leidos' existing businesses, themselves spun out of Science Applications International Corp /zigman2/quotes/202740286/composite SAIC -0.34% just three years ago grew organically as well in the quarter. Now, the newly larger Leidos, which the Street expects to report $4.6 billion in 2016 revenue, is firing on all cylinders.

II-VI is a lesser-known player in optoelectronics compared with Oclaro , Finisar  and Neophotonics , but has benefitted no less from the explosive demand for data transmission.

Get news alerts on Alphabet Inc. Cl A and Amazon.com Inc. — or create your own.
Page 1