Sorry, those $2,500 tickets to visit Santa at the famed London department store Harrods are already sold out 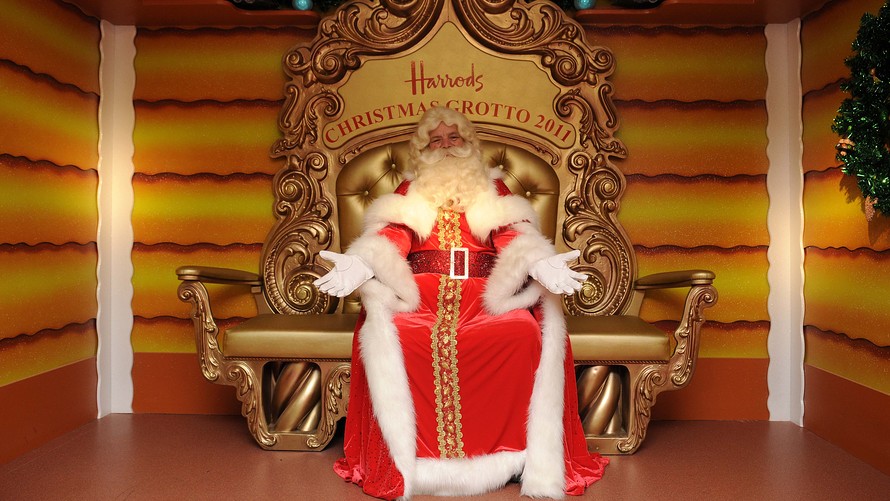 As Dickens had Ebenezer Scrooge say in “A Christmas Carol” in 1843: “Bah! Humbug!”

Harrods, on Brompton Road in London’s posh Knightsbridge district since 1849, has been the target of some curmudgeonly displeasure for several days now. That is, since the U.K. media got wind of the fact that not just anyone can visit Santa at the store’s luxury Christmas grotto this year. Nope, it’s by invitation only — and with a minimum store spend of 2,000 British pounds, or $2,567.07.

The Grotto has been operating on an invitation-only basis for the past two years. Due to high demand, this year entry has been limited to a certain clientele based on what they spend — categorized as Green 2 Tier 1 or above in the Harrods loyalty scheme.

Harrods did give away 160 free spots to its Grotto via an in-store lottery. Like the paying families, the winners get 10 minutes with Father Christmas, plus an “exclusive gift.”

“Each year, we are overwhelmed by requests for this special experience, which we make every effort to facilitate,” a Harrods spokeswoman said in an email. “Unfortunately, we simply cannot meet the demand for places.”

The Grotto got its start in 1955 and was first-come, first-serve for some time.

If you’re wondering whether the well-heeled even need Santa Claus, wonder no more: The Grotto is sold out for its entire Nov. 15–to–Dec. 24 run.

Harrods is owned by the Qatar Investment Authority, the Gulf state’s sovereign-wealth fund, which bought it in 2010 from previous owner Mohamed Al-Fayed. Many tourists make a beeline to the seven-story, palatial department store with its art nouveau windows, and one of the world’s first moving staircases, built back in 1898. They also sell just about everything one can possibly dream of.

It’s not as if other Santa visitations don’t cost parents. London’s famed Hamleys Toy Shop charges £39 per child, and those spots have also sold out, according to its website . In the U.S., the Macy’s /zigman2/quotes/201854387/composite M -0.14% Santaland will cost you nothing, but you have to reserve online, and professional photos of the kids start at $21.99.

Or you could save yourself all this trouble and visit one of the most famous American grottos of all, via the 1983 comedy movie “A Christmas Story,” which has become a seasonal classic on U.S. television, complete with screaming kids and a menacing Santa: