Bank of Korea slashes rate to 0.5% after worst economic contraction since financial crisis 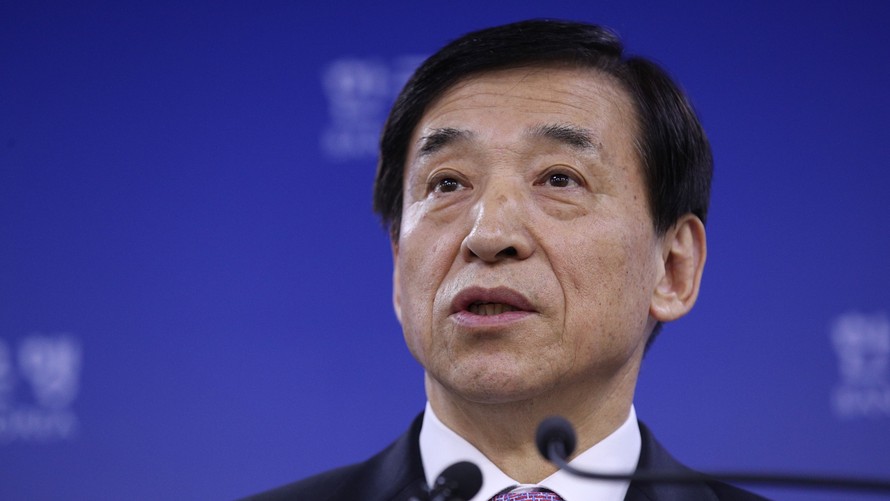 Bloomberg News
Lee Ju-yeol, governor of the Bank of Korea.

SEOUL, South Korea — South Korea’s central bank lowered its policy rate to an all-time low of 0.5% to soften the pandemic’s shock to the country’s trade-dependent economy, which it says may shrink for the first time in 22 years.

The Bank of Korea’s rate cut on Thursday came about two months after it executed its first emergency rate cut since 2008 to bring the policy rate to 0.75%.

The bank also adjusted its annual growth outlook from a 2.1% expansion to a 0.2% contraction. The country’s economy hasn’t seen an annual contraction since 1998, when it was in the midst of a crippling financial crisis.

By lowering borrowing costs, the bank intends to ease the volatility in financial markets and help pump money into the economy.

But some experts say it’s unclear whether traditional financial tools to boost money supplies would be effective now when the pandemic has damaged both supply and demand.

The Bank of Korea said last month that South Korea’s economy shrank 1.4% during the first three months of the year, the worst contraction since late-2008. Domestic consumption took a hit as more people stayed home to avoid virus transmissions, while exports also shrank amid worldwide lockdowns.