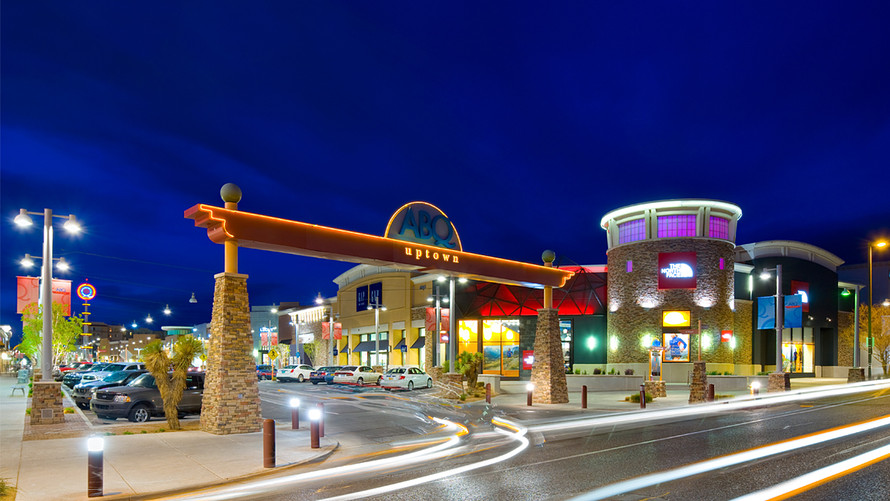 Real estate investment trusts, or REITs, have outperformed the benchmark S&P 500 Index this year, as investors have sought out high yields at a time of historically low interest rates.

But if you’re worried about spending too much for REITs, most of whose dividend payments are backed by rents or leases, there are still good values if income is your main objective.

The S&P 500 REIT subsector trades for 19.6 times weighted aggregate consensus FFO estimates for the next 12 months, according to FactSet. (REITs are valued according to funds from operations, or FFO, rather than earnings per share. FFO is a non-GAAP measure calculated by adding depreciation and amortization back to earnings, while subtracting gains from the sale of real estate. It is considered the best way of measuring a REIT’s ability to pay dividends.)

Looking at the 15-year chart, below, you can see they have reached forward price-to-FFO multiples exceeding 20 on many occasions since late 2008, while reaching a peak of 24.2 times forward FFO in February 2007, the height of the real estate market before the subprime crisis. 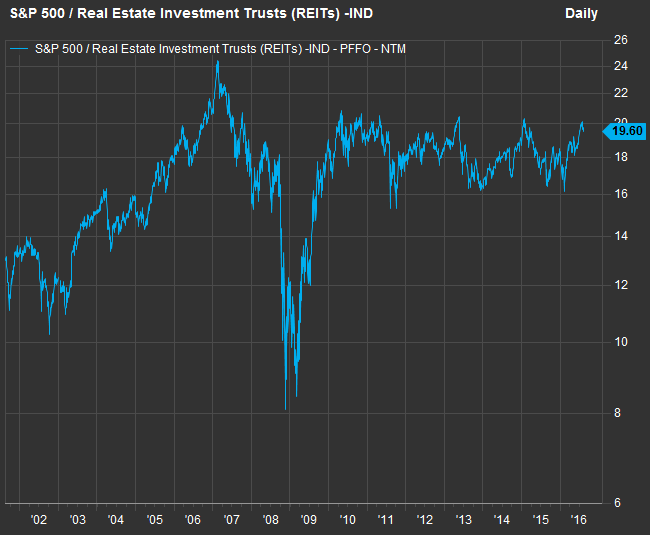 So far this year, through Aug. 12, the S&P 500 REIT subsector has risen 9.8%, compared with 6.7% for the S&P 500. This time we have not included reinvested dividends, to make a more fair comparison of how well the subsector has performed relative to the index. REITs tend to pay higher dividends than most S&P 500 (S&P:SPX)  stocks because that is their objective. In fact, they are required to pay out 90% of their earnings to shareholders.

So should you consider REITs now? Maybe, if you are investing for income, or if you have a strong belief that a particular REIT is positioned to perform well as its business grows, or both.

Since the market values of income-producing securities generally move in the opposite direction of interest rates, there can be quite a bit of volatility over the next few years if the Federal Reserve raises interest rates consistently. The Fed has raised rates only once, in December 2015, since 2006.

Even the fear of higher interest rates can drive prices lower. But if you need the income, and can tolerate volatility as interest rates fluctuate and headlines anticipate and exaggerate the market’s reaction, it’s not too late to make a purchase.

Last week we published a list of S&P 500 dividend stocks, including REITs, with attractive dividend yields supported by FFO for the REITs and free cash flow for the others.

Here they are, sorted alphabetically within each category, as defined by Credit Suisse in an Aug. 14 report:

Not all those dividend yields are especially attractive. Still, Credit Suisse’s analysts expect the share prices to rise over the next 12 months:

As always, you need to do your own research before considering investments in the stocks listed here, or anywhere else, for that matter. The list might provide you with a good starting point for discussions with your broker or investment adviser about your objectives and risk tolerance.