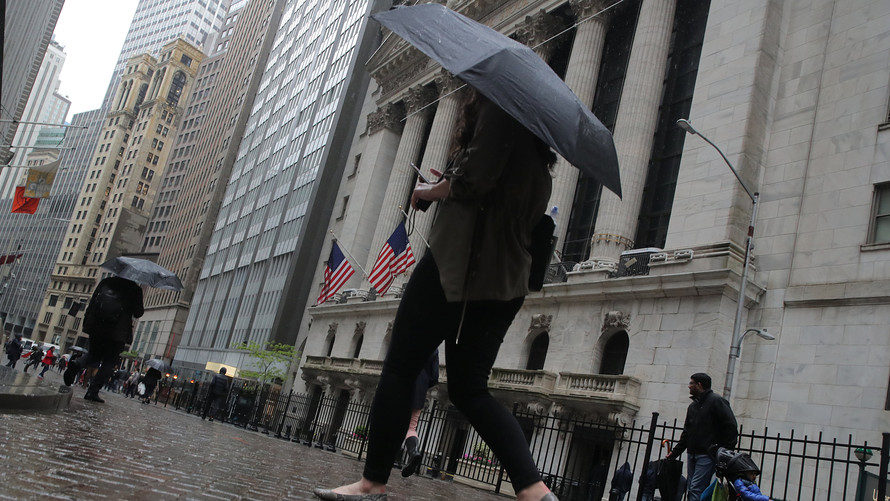 Investors are set for a tough end to the week after fresh grousing over the trade-war with China.

Wall Street and global equities are pitching lower, which some blame on comments that reportedly showed up on a social media account linked to China’s state-run Economic Daily newspaper. The blog on Taoron Notes says: “If there is no real concrete action by the United States, it will be meaningless for you to come and talk.”

Those words were apparently aimed at Treasury Sec. Steven Mnuchin, who soothed investors this week by promising the U.S. side will be headed back to Beijing to resume trade talks that recently ended in no deal.

With one session left to go, the S&P 500 is facing a loss of roughly 0.2% for the week. That’s a far cry from the prior-week’s 2% drop, which was set off by a saber-rattling tweet from President Trump that led to fresh tensions and tariff volleys on both sides.

While the initial shock appears to have passed, our call of the day , from Miller Tabak + Co.’s lead strategist Matt Maley, warns the stock market hasn’t finished selling off on news a trade deal could take much longer than expected.

“Therefore, we believe the stock market has to reprice itself to the new uncertainties that are involved. This should take more than just six days...and take the market down by more than the 4.5% decline we had seen by Monday night,” said Maley. (The S&P lost roughly that amount between a high of 2,945.83 reached April 30 and a close of 2,811 on Monday, May 13.)

He described the small bounce seen by stocks this week as a “normal technical bounce” for a market that got oversold, but cautions that too many people are starting to justify the gains by saying the market blew trade tensions out of proportion.

Maley thinks they are wrong and that investors shouldn’t keep chasing the stock market higher, but instead hold off and try to figure out how to take advantage of the decline he sees coming—7% to 10% from the April high.

Maley uses an example from recent history to explain why the market isn’t done selling. Last October, when Fed Chairman Jerome Powell shocked investors by saying interest rates were far from neutral, stocks had to reprice that shock and new reality, which resulted in a 20% selloff. He doesn’t think trade tensions will merit that big of a pullback, but it’s worth something.

“Since this is new-news and was totally unexpected by the markets, we need to see the markets reprice themselves to it...more than it has so far,” he said.