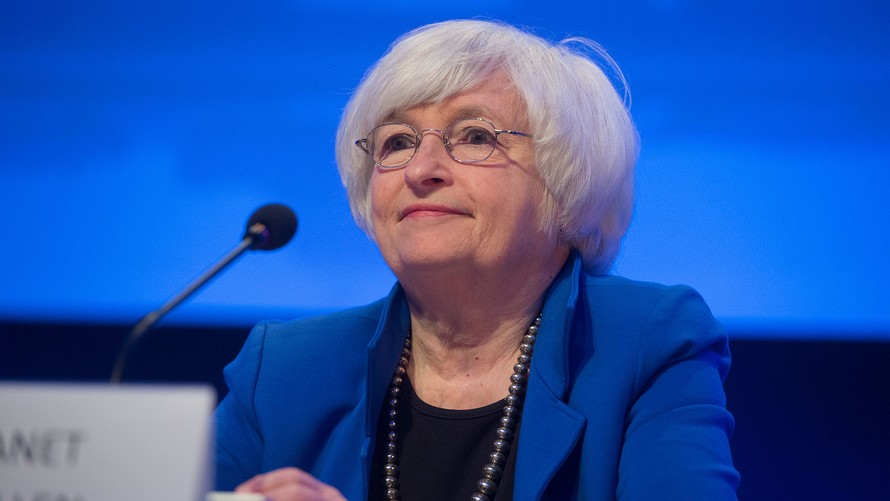 U.S. stocks mostly closed higher Wednesday, with the Dow and the S&P 500 ending near record levels after the Federal Reserve stood pat on interest rates but referred to the U.S. economy in positive terms.

The central bank, in its statement following a two-day meeting, said economic activity has been picking up at a “solid rate,” versus the “moderate” rate that it had referenced in September. The rosier view of the economy also suggests that it is on track to hike interest rates in December, as has been widely expected.

What did stocks do?

Also see: Why the stock-market rally may be entering the FOMO stage

The Nasdaq Composite Index /zigman2/quotes/210598365/realtime COMP +0.06% , however, bucked the trend to slip 11 points, or 0.2%, to 6,716.5. While the tech-laden index touched an intraday record of 6,759.66 earlier in the session, it turned lower on weakness in biotechnology and large-capitalization technology stocks.

Read: Here are the top 5 worries that could spook this monster stock rally

With the monetary policy update out of the way, attention will now focus on who will become the next Fed chair. President Donald Trump is expected to name his pick as early as Thursday, with all indications so far pointing to current Fed Gov. Jerome Powell as the choice.

Separately, investors continue to digest the latest corporate earnings. This season has been strong thus far, with 75% of the S&P companies that have reported beating analyst estimates, according to FactSet data.

Hopes for the passage of a tax package that includes corporate tax cuts have also provided support for investing in equities. The unveiling of a House Republican tax bill was postponed a day to Thursday to give lawmakers time to iron out unresolved issues.

Check out: 8 most important things to know about the GOP tax plan

Outside the U.S., traders welcomed the latest Caixin China manufacturing purchasing managers index reading, which showed factory activity in the world’s second-largest economy continued to expand at a steady pace in October.

“The overall tone of the Fed has been slow, steady, and supportive of economic growth. We saw more of that today. Although the economy is continuing to expand with third-quarter GDP hitting the 3% growth marker and unemployment falling to a 16-year low, inflation has been stubbornly low. This stubbornly low inflation gives the Fed cover to continue its easy policy and that remains a positive backdrop for equity prices,” said Alexandra Coupe, an associate director at PAAMCO.