The Big Falcon Rocket is the culmination of years of work. And SpaceX plans for its Starship to be a cornerstone of Mars colonization 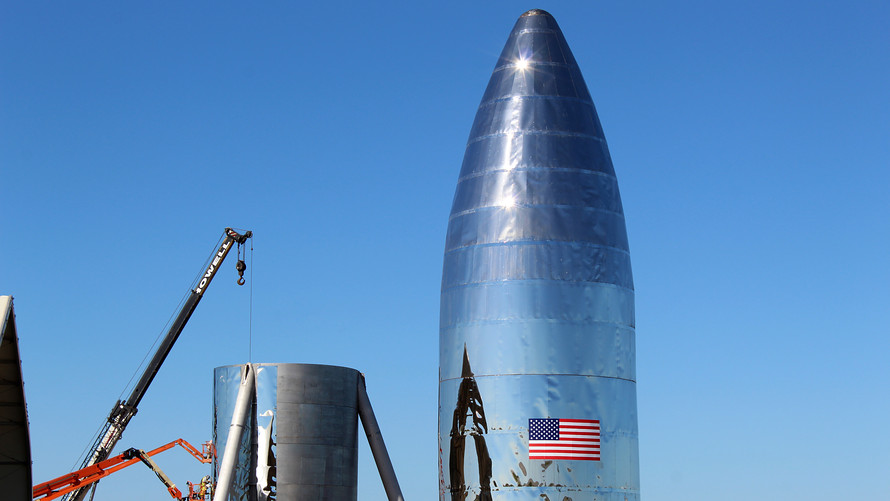 SpaceX late last month successfully completed the first in a series of tests on its latest suborbital “Starhopper” prototype.

The experiment, which required the vehicle to rise untethered from the launch platform to a height of 20 meters (65 feet) was conducted after multiple delays. The 22-second flight was enough for SpaceX to test Starhopper’s lift-off and landing capabilities.

The prototype is used for testing various systems and technologies that the company wishes to develop in order to launch two stages of its Big Falcon Rocket (BFR): the “Super Heavy” booster and a 100-person spacecraft called Starship. Additional tests are scheduled, and the next one, a 200-meter “hop,” will take place soon.

CEO Elon Musk’s goal of Starship is to revolutionize space flight and put humans on Mars. Starship will also be used for additional tasks such as satellite deployment, vehicle refueling, space tourism and even suborbital flight . Starship’s final version will likely (according to a 2017 design unveiling ) have a pressurized volume of about 1,000 cubic meters (35,000 cubic feet), which could be configured for up to 40 cabins, large common areas, central storage, a galley and a solar-flare shelter for Mars missions, plus 12 unpressurized 88 cubic-meter aft cargo containers.

The journey toward the BFR’s completion hasn’t been a short one. It officially began in September 2008 with the launch of Falcon 1 , the first privately developed liquid-fuel rocket to reach Earth orbit. The launch success and low cost helped SpaceX score a $1.6 billion CRS (Commercial Resupply Services) contract with NASA the same year; the company delivered supplies and cargo to the ISS (International Space Station) and performed other tasks defined within the contract.

In 2012, SpaceX made history yet again with the Dragon , its free-flying spacecraft that became the first private spacecraft to visit the International Space Station. The Dragon was launched into orbit by a Falcon 9 launch vehicle, which at that time was an expendable rocket.

The waste of disposable rockets was one of the main factors that hampered competitiveness and growth, and SpaceX didn’t wait too long to remedy the problem. The solution came in 2013, when the “ Grasshopper ” program was completed. The insights made during the test of the Grasshopper prototype led to a redesign of Falcon 9, which got a reusable first stage, enabling a vertical take-off and landing — a crucial feature that will be carried over to the BFR. (The Falcon 9 still propels the Dragon spacecraft on its regular cargo delivery flights to the ISS .)

In 2014, NASA awarded SpaceX a commercial-crew contract worth $2.6 billion that had the company upgrade the design of the Dragon to Dragon 2 (aka Crew Dragon ), which is designed to carry up to seven astronauts to Earth orbit and beyond.

In 2018, SpaceX made the first flight of the Falcon Heavy , which the company called “the world’s most powerful operational rocket by a factor of two, capable of carrying large payloads to orbit and supporting missions as far as the moon or Mars.” This year saw the first automated docking of a Crew Dragon with the ISS, a necessary step before it can carry passengers over to the ISS, scheduled for November .

All of those breakthroughs and achievements — reusability, vertical landing, high-capacity payloads, crewed flights and automated docking procedures — will tie into the Big Falcon Rocket. Once released, it is expected to replace the entire SpaceX fleet , including the Falcon 9 and Falcon Heavy launch vehicles, as well as the Dragon. This is because SpaceX estimates BFR launches will be cheaper than the existing fleet because of full reusability, high capacity and the precision landing features of the new model. The stakes are high for the company.

SpaceX also plans Starship to be a cornerstone of Mars colonization. To that end, multiple Starships will be launched and left on Mars to serve as storage for equipment, spare parts and, most importantly, leftover rocket fuel. The accumulated fuel can eventually be used to refuel one rocket that would take colonists back to Earth, turning the journey into a round trip, rather than making Mars a final destination.

The first flight of the BFR is scheduled for 2020. It will be interesting to see if the Big Falcon Rocket and the Starship will live up to expectations. Let’s hope they do.