Spotify stock rockets toward best day yet, but analysts are not all convinced 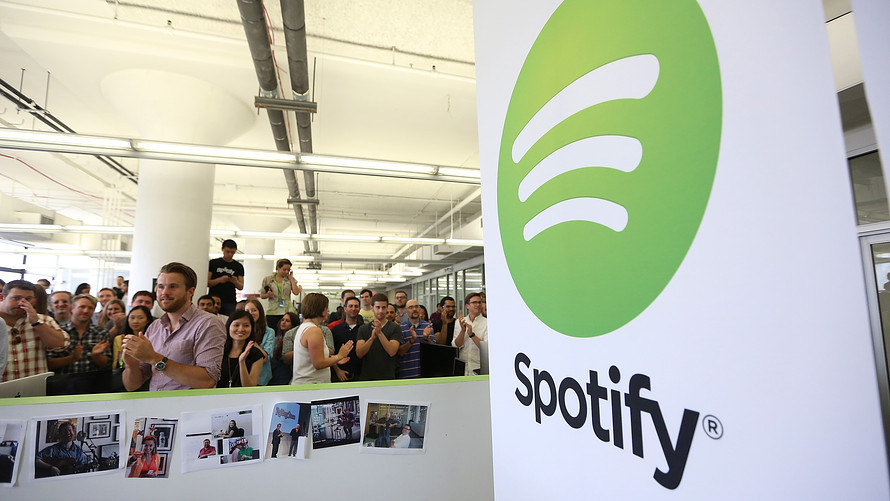 Spotify Technology SA shares are surging toward their best day as a public company on Monday after the music-streaming giant topped subscriber expectations for its latest quarter and delivered a surprise profit.

The company picked up five million new paying subscribers in the third-quarter, bringing its total to 113 million, above the 112 million that analysts surveyed by FactSet had been forecasting.

Evercore ISI analyst Kevin Rippey called Spotify’s stock surge a “relief rally” given that the company posted a mixed report. The highlight for Rippey was that Spotify had 248 million monthly active users (MAUs) in the last quarter, coming in above estimates and the high end of the company’s own forecast, but he said that most of that beat came from the “rest of world” markets that tend to have “materially lower” conversation rates than the U.S. and Europe.

See now: Music industry’s revenue surges in first half of 2019, thanks to streaming boom

Though Rippey called the latest numbers “a step forward,” he maintained his in-line rating while boosting his target price to $115 from $110.

“Our big picture view remains that Spotify is a pure play on a loss-leader category, characterized by rivals that operate close substitutes without a focus on standalone profitability,” he wrote.

“Fundamentally, the year-over-year expansion in gross margin and the acceleration in MAU net adds were key,” he wrote, while taking his price target up to $195 from $185. The company’s gross margin rose to 25.5% and got a boost from a mix shift in favor of subscription revenue over advertising revenue, Mahaney wrote.

Don’t miss: These are the best streaming devices, according to tech experts

He kept his outperform rating on the stock, arguing that user and subscriber metrics are getting better. The company still has two key catalysts in his view: the rollout of a two-sided marketplace and the conclusion of some label renegotiations that could take place in the next three to six months.

Pivotal Research Group’s Jeff Wlodarczak called Spotify’s rally “questionable” and said he assumed it was “fueled by massive short covering.” While he likes the company’s move into original podcasts, Wlodarczak remains worried about the company’s relationships with labels.

“Our bigger medium/long term concern are the four music labels that control 90%-plus of Spotify’s music constantly extracting their pound of flesh from Spotify’s results,” he wrote.

“The analogue is the global pay TV industry’s (especially in the U.S.) experience where pay TV Ebitda [earnings before interest, taxes, depreciation, and amortization] margins for distributors have collapsed from 85% to 15% (and for smaller players negative margins).”

Wlodarczak rates the stock at hold with a $150 target price.

Read now: Spotify to give away Google Home Mini speakers to users while supplies last

Get news alerts on Spotify Technology S.A. — or create your own.