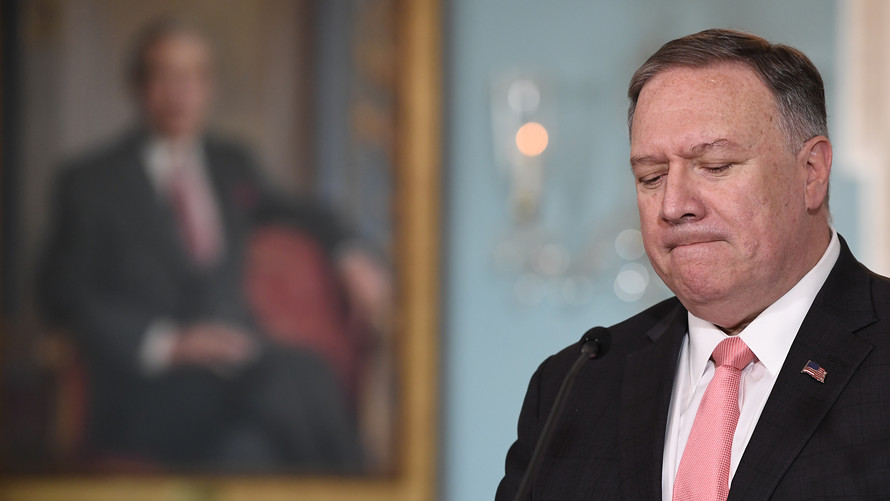 Associated Press
Secretary of State Mike Pompeo speaks during a press availability with Foreign Secretary Dominic Raab of the U.K. at the State Department.

The department’s inspector general said all domestic offices and nearly all overseas missions surveyed reported that the freeze had a “negative or very negative effect on morale.”

It said 96% of embassies and consulates overseas and 95% of offices in the U.S. reported negative effects on security, consular and administrative operations. Those included oversight of millions of dollars in counter-terrorism, health, human rights and humanitarian assistance programs from Afghanistan to Venezuela.

“Several bureaus charged with protecting security, health, and life safety reported to [the inspector general] that the hiring freeze had significant detrimental effects,” said the report, which was based on surveys of 38 domestic offices and 151 overseas posts.

The report, which confirms anecdotal evidence from employees at the time, quantifies the effects of a significant across-the-board cutback that caused turmoil in the agency as diplomats struggled to explain the new foreign policy strategy in the chaotic early days of the Trump administration.

The inspector general also said it could not assess whether the freeze had actually saved any money because the department did not systematically track the costs of overtime, travel and other expenses incurred due to staffing vacancies.

President Donald Trump froze hiring immediately after taking office in January 2017 as a cost-cutting measure. The cuts were imposed under former Secretary of State Rex Tillerson and hiring was restored by his successor, Mike Pompeo. 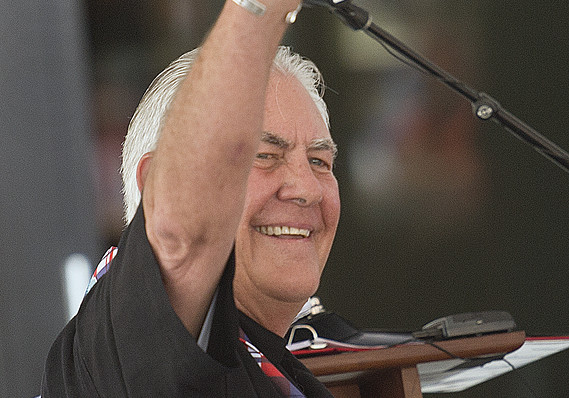 Associated Press
Former Secretary of State Rex Tillerson gestures in the direction of his former boy scout troop at the July 2019 dedication of the Rex Tillerson Leadership Center at the Summit Bechtel Reserve in Glen Jean, W. Va.

Among the issues reported were an inability to fully staff diplomatic security positions and implement procedures called for by Congress and others after the deadly 2012 attacks on U.S. facilities in Benghazi, Libya. It caused lengthy delays in the implementation of programs aimed at securing highly classified communications and information.

The Bureau of Diplomatic Security said the freeze “could have significantly affected its ability to respond to overseas security crises,” according to the IG report, which was ordered by Congress.

Another department bureau that deals with the government’s most sensitive secrets “reported that extended vacancies in its information security positions placed at risk highly classified information,” the inspector general said.

The freeze also had policy implications, the report said.

It said one bureau reported that the freeze “prevented it from conducting a robust rollout of a priority Administration security initiative related to East Asia.” Another bureau said the freeze had left it unable “to support an urgent need related to counterterrorism efforts in Iraq and Syria.”

At the time of the freeze, Tillerson was starting an ultimately unsuccessful broad overhaul of management . But the report said the hiring freeze was not coordinated with those efforts and led to confusion in the ranks about overall strategy. “The department did not coordinate the hiring freeze with the organizational reform effort, even though department standards call for integrating strategic goals into major reorganizations of bureaus and offices,” it said.

Tillerson, in testimony before the House Foreign Affairs Committee in May , said he had supported and actively implemented the administration-wide hiring freeze because he believed the department’s bureaucracy was bloated and had to become more efficient. He said he had drawn on his experience as CEO of ExxonMobil (NYS:XOM) to restructure the agency.

“It was to start a process of having people in the State Department really think about their piece of the organization and the human resources they had and when positions became open cause themselves to ask: ‘Do I really need that? Is that the highest priority? How would I do it differently?” he said.

Tillerson’s ambitious reorganization plan was largely abandoned shortly before he was fired by Trump and replaced with Pompeo in May 2018.

See: Tillerson says Kushner undermined him by conducting foreign policy behind his back

One of the most severe impacts on morale was a freeze in hiring spouses of diplomats based overseas. That resulted in monetary hardships for many foreign service families and shortages of embassy and consulate staff to perform routine duties, notably dealing with mailroom and diplomatic pouch operations.

Pompeo lifted the freeze and resumed the hiring of so-called “eligible family members” when he took over from Tillerson. But the negative impacts have lingered and it may take years to restore staffing to pre-freeze levels, according to the report.