Sterling drops and FTSE 100 up after latest Brexit developments 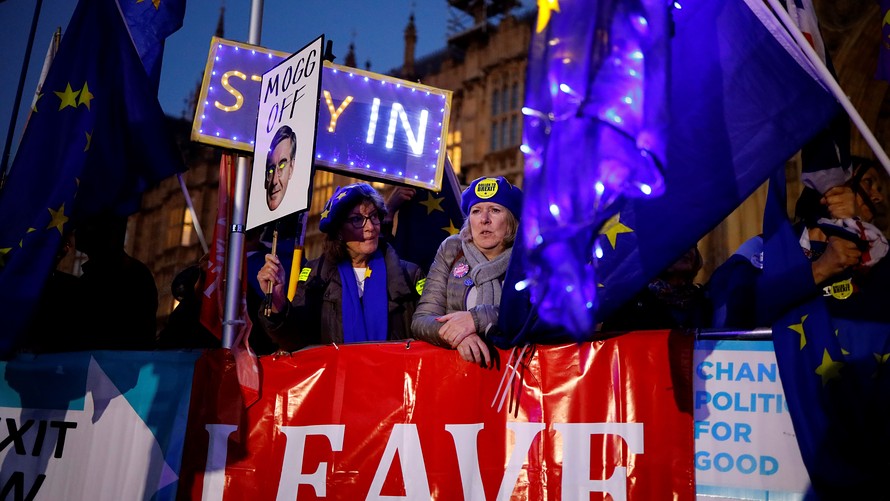 Getty Images
Banners, Union and EU flags are displayed outside the Houses of Parliament in London on October 22, 2019, as MPs debate the second reading of the government's European Union (Withdrawal Agreement) Bill.

The U.K. pound fell on Wednesday, which provided support for the FTSE 100, as investors absorbed the latest Brexit developments and prospects for more political upheaval.

Lawmakers approved a measure advancing Prime Minister Boris Johnson’s Brexit deal in Parliament on Tuesday, but rejected a three-day approval timetable proposed by the government to meet the Oct. 31 deadline to leave the European Union. The government has already asked for an extension to the end of January 2020, and European Council President Donald Tusk said on Twitter he will recommend that request is granted.

Some believe a general election could be on the cards, given that Johnson had such slim support for his deal. In the event of a Johnson victory, he can likely implement his Brexit plan without too much trouble, but an opposition victory could open the door to a second referendum on EU membership, said analysts at Danske Bank in a note to clients.

“Regardless, it is difficult to see a path to a no-deal outcome anymore, which also explains why a lot of negativity has been priced out of the GBP,” said the analysts.