Another federal rescue package seen as ‘insurance’ for economy 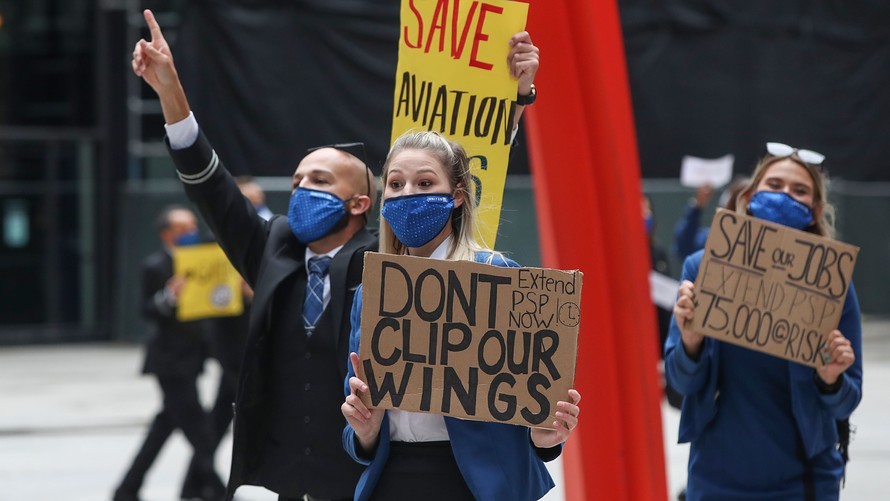 Getty Images
Millions of unemployed Americans could run out of jobless benefits by early January if the government doesn’t approve another stimulus for the economy.

The failure of Washington to deliver another big dose of stimulus before the election probably won’t tip the U.S. back into recession, economists say, but the lapse in aid threatens to destroy more businesses, inflict greater pain on millions of unemployed Americans and drag out a recovery.

The most vulnerable are the nearly 11.5 million people who were laid off early in the pandemic and are still out of work, economists say. So far the U.S. has only regained about half of the 22 million-plus jobs lost, and the rebound in hiring has slowed sharply since the summer. 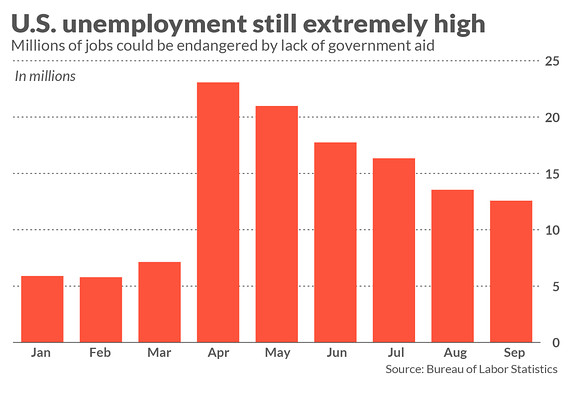 Read: ‘I’m terrified, frankly’: These people are depending on another stimulus bill to stay afloat

On top of that, 25 million people were reportedly receiving jobless benefits as of the end of September, suggesting the real level of unemployment is significantly higher. What’s worse, many of them are set to lose extended unemployment benefits at the end of December under current law.

Many businesses whose customer traffic has dried up due to government restrictions and fear of the coronavirus are also in a precarious spot.

As many as one-fourth of all small businesses that are still open might be forced to close if they don’t get more help or if the economic recovery falters, estimates chief economist Joe Brusuelas of RSM, an advisory firm for midsized companies.

“We have to decide if we are going to keep them open and the people that work for them afloat,” said Brusuelas, who’s been outspoken about the need for more aid. “Washington should move as quickly as possible to put the biggest stimulus on the table.”

A huge stimulus in the next few weeks seems highly improbable. For almost three months Democrats and Republicans have negotiated on and off to renew extra unemployment benefits and provide a financial lifeline to businesses both big and small that have been most harmed by the coronavirus pandemic. Those benefits expired in July.

Yet what once seemed like a foregone conclusion on Wall Street /zigman2/quotes/210598065/realtime DJIA -0.21%  and in Washington — another big stimulus — has turned into a contest of political wills and the search for partisan advantage.

With less than two weeks to go before the election, the two parties are still wrangling. President Donald Trump wants a deal now to help his re-election chances, but the Democratic-controlled House is unlikely to give him one unless he makes more concessions. They are widely expected to pass an even larger stimulus in January if Joe Biden wins the presidency and Democrats recapture the Senate.

The Republican-led Senate, for its part, has been reluctant to support another huge stimulus. A scaled-back $500 billion proposal offered by Republicans failed in the Senate on Wednesday amid Democratic objections that it was not enough.

“This is no longer about economics or policy,” Brusuelas said. “This is about politics.”

Even in the unlikely case the two parties manage to strike a deal before the Nov. 3 election, it’s unlikely to be as large as many economists say is needed. The compromise now under consideration would likely total less than $2 trillion, a bit less than the emergency-rescue package Congress passed last spring.

“This is no longer about economics or policy. This is about politics.”