Stock gurus aren’t what they used to be

LONDON (MarketWatch) — There are several well-known signs that you are getting older. The policemen look younger all the time. The pop music is all rubbish. And it gets harder and harder to understand why anyone wants that new gadget that is flying off the shelves.

But there is one other sign that I hadn’t really expected.

The stock gurus aren’t what they used to be either.

In the last few weeks, we have discovered that John Paulson, one of the few money managers to emerge from the subprime debacle with his reputation enhanced, is just as fallible as the rest of us. Over here in London, one of the U.K.’s best-known fund managers, Fidelity’s Anthony Bolton, is struggling with a much-hyped investment trust.

It doesn’t seem that anyone can make the kind of money consistently that stars like George Soros, Warren Buffett or Julian Robertson could in the past.

Maybe that’s just bad luck. Then again, maybe something more interesting is going on. We may be entering an era when there aren’t any real stock gurus anymore — in the sense of exceptional individuals who can consistently beat the market.

The volatility of the last few months has certainly created some high profile casualties. 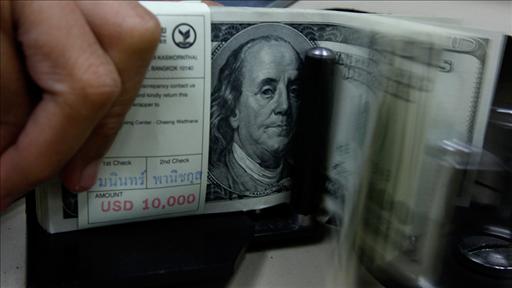 John Paulson’s mega-bet against the subprime mortgage industry made him a star in the investment industry — as well as one of the wealthiest men to emerge in the last few years. Forbes magazine estimates his net worth at $15.5 billion.

But this month has seen heavy losses on the funds run by Paulson & Co. His fund dedicated to gold investments lost 16% in September, a lot more than the 11% fall in the gold price. His Recovery Fund lost 14% in September and is down 31% on the year. The Paulson Advantage Fund is down by slightly more so far in 2011.

Those are disappointing figures for any money manager; for a star such as Paulson, they are catastrophic.

In the U.K., Anthony Bolton has been one of the few money managers with a loyal following. His Fidelity Special Situations Fund generated above average returns for years. When he came out of retirement last year to launch the Fidelity China Special Situations investment trust /zigman2/quotes/204627028/delayed UK:FCSS -0.95% , investors stampeded into the new vehicle. Bolton and China? A star stock-picker in the world’s fastest growing economy? What could possibly go wrong? Plenty, as it happens. By last week, the share price had fallen by 37% so far this year, compared with a 28% drop for its benchmark MSCI China index /zigman2/quotes/202594338/delayed HK:2801 -0.06% .

Those are two high-profile names. But right across both the traditional fund managers and the hedge funds, returns have been disappointing — hedge funds on average lost 5.2% in September, according to research by Bank of America. 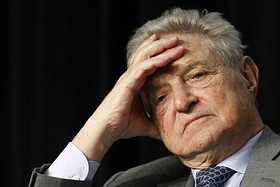 Reuters
Big-name investors, such as George Soros, haven’t fared so well in the recent bear market. Maybe it’s getting to be impossible to beat the market consistently.

In the past, there were always a few stock gurus who seemed to have the magic touch. Money managers such as Buffett or Soros or Robertson, the founder of Tiger Management, all rode the markets with a sure touch all through the 1980s and 1990s. True, their performance was not infallible. There were occasional bad years. But they endured over two decades or more, beating the market with a consistency that suggested something more than just luck was involved. Along the way, they picked up armies of loyal investors, who tracked their every move. If you just did what Soros or Buffett did, they figured, you wouldn’t go too far wrong — and they were usually right.

No one like that seems to be around any more. A figure such as Paulson flashes onto the scene with one spectacularly good call. People start to think he might be the new Soros. But then he has a disappointing year, and the reputation starts to disappear.

True, maybe that is just bad luck. Even the greatest of investors have the occasional rotten year. And even the dumbest gets things spectacularly right occasionally.

But it also raises a more interesting possibility. Stock gurus may no longer be able to consistently beat the market.

Is that possible? There are a couple of reasons for thinking it might be.

Secondly, the financial markets have become driven by politics. It is central banks printing money, or governments bailing out banks, that determines whether asset prices rise or fall. The decisions made in parliaments and senates count for a lot more than any that are made in the boardroom.

That makes a difference. While a few very clever people can predict trends in free markets, it is impossible to predict what political systems might do. They are inherently unstable, and unpredictable. Or perhaps, we have the wrong people in charge; if Karl Rove were managing a hedge fund, he might make a better job of it.

The harsh reality is that even the smartest stock-pickers can’t make money in these markets. Which, rather worryingly, suggests there isn’t much hope for the rest of us.