Stock market is headed for choppy waters amid worries that a return to normal will elude the U.S. economy 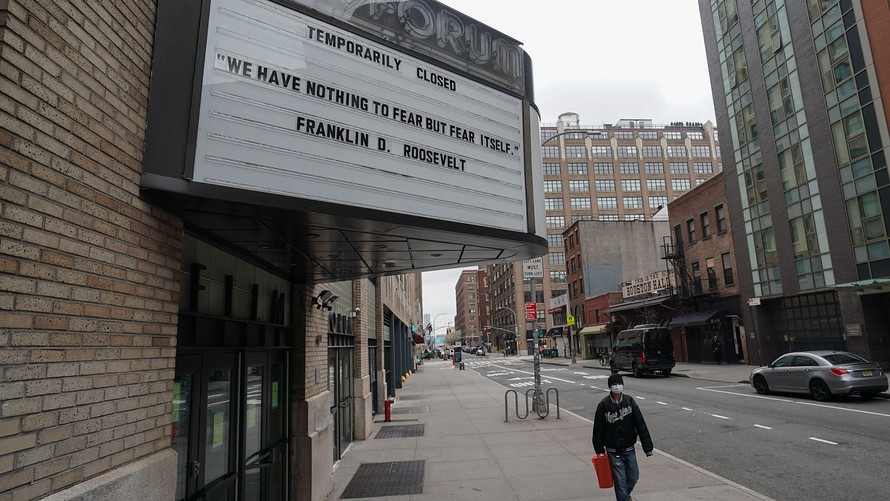 In some corners of Wall Street, investors are casting doubt on the notion that the economy will switch back to high gear after the coronavirus pandemic passes.

The worry is that the battle with COVID-19 could leave a more cautious consumer even after the pandemic is brought under control. If changes in human behavior stemming from efforts to contain the disease persist, it could portend a more gradual economic recovery and a more bumpy road for stock-markets this year.

“It’s too soon to tell, but I think it’s going to be a slow grind higher for markets. I’m trying not to stay fixated on the economic path, all I can say with confidence is markets will be very volatile in the short term,” said Anwiti Bahuguna, head of multiasset strategy at Columbia Threadneedle, in an interview.

Bahuguna and other investors say they are mostly looking past the economic devastation roiling the U.S., as expectations for a painful downturn have already been embedded into the equities market. Stocks mostly shrugged off a record surge in U.S. weekly jobless claims on Thursday and a dismal employment report for March on Friday, largely ending where they traded at the end of Wednesday before the labor-market indicators were published.

It’s why Wall Street is focusing its research efforts on what the economic recovery and a return to normalcy might look like.

To that end, Bahuguna said investors can look toward how China to understand how consumers might be reluctant to pursue once-acceptable activities even after the outbreak subsides.

Chinese consumers stopped heading to the cinema over worries about the risk of infection in a crowded space, even though the number of new deaths from the disease had stopped growing, she said.

And last week, movie theaters were closed in Beijing and Shanghai over concerns of a potential second wave of infections.

“That fear is likely to subside very gradually,” said Bahuguna.

Based on non-official and frequently updated datasets, analysts at Exante Data said commuting and travel inside major cities in China like Beijing and Tianjin remained depressed, a worrisome sign for other metropolitan areas like New York City and Milan that were hard hit by the coronavirus.

By their estimation, traffic congestion within Chinese cities was down 37% from last year’s levels.

Other gauges of economic activity, however, have made a broad recovery in the six weeks since workers were allowed to return to factory floors, said Exante Data.

Still, a lot of restaurant dining, and other social activities restricted due to the nationwide lockdowns, could make a sharp comeback at least in the beginning, Scott Clemons, chief investment strategist at Brown Brothers Harriman, told MarketWatch.

“There will be pent-up demand from people who are starving to leave home,” he said.

Once that demand is satisfied, Clemons said that the outlook for the U.S. economy and what kind of recovery might take shape is much more murky, however. Amid this uncertainty, talk of a V-shaped recovery, a sharp downturn followed by a swift rebound in economic growth, is likely to dissipate.

“We economists love our letter-shaped recoveries. But this is not going to follow a letter shape, at least not from the Latin alphabet,” said Clemons.

But others remain optimistic that we won’t see a permanent reset of consumer behavior if only because it’s part of human nature to “forget hard times and mostly plow ahead,” said John Vail, chief global strategist at Nikko Asset Management, in an interview.

“It should be 90% the same, but there will be some lingering effects. Going into the end of the year, people will eventually get back to the way they were,” he said.

For next week, analysts will keep an eye on the U.S. weekly jobless-claims data as companies dealing with a collapse in demand lay off workers. Consumer- and producer-price inflation for March may also point to worries that inflation pressures will slacken from the growth slowdown and threaten deflation.