Key support for stock prices has fallen away 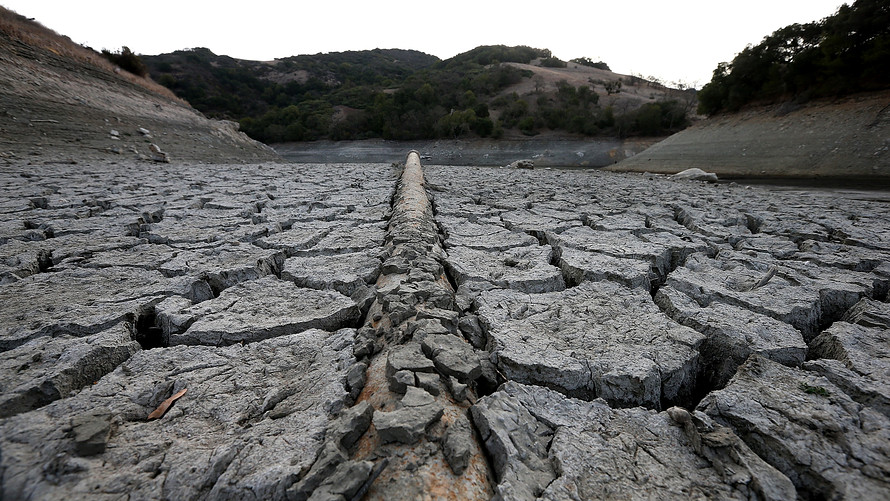 This big of a drop might make sense if we were in the throes of a severe bear market. But we’re not, On the contrary, we’re 10 years into the longest bull market in U.S. history, according to some historians. And there are more high-priced stocks than ever.

Currently, for example, no fewer than 205 of the 500 stocks in the S&P 500 trade for more than $100 per share (according to FactSet). Presumably, therefore, there are plenty of stocks ripe for splitting. In contrast, according to an analysis conducted by Dow Theory Forecasts, 10 years ago there were 11 stocks within this index that traded above this threshold. And 15 years ag, there were just three. (Full disclosure: Dow Theory Forecasts is not one of the newsletters that pays a flat fee to have its performance audited by Hulbert Ratings.)

Companies split their shares when they are confident that their share prices will continue rising.

In fact, as you can see from the chart below, there are a dozen companies in the S&P 500 whose shares trade for more than $500 per share, and six with share prices above $1,000. 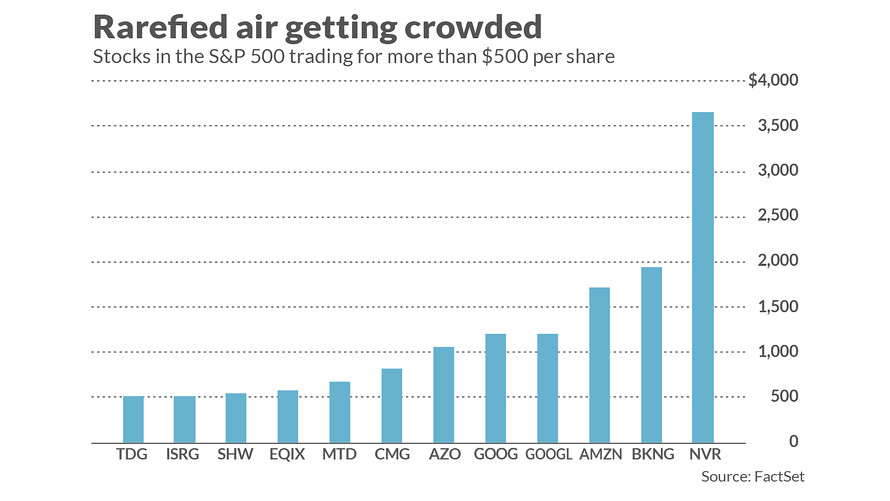 Here’s why the shrinking number of stock splits is potentially bearish: Companies split their shares when they are confident that their share prices will continue rising. That’s because they have a loosely-defined “sweet spot” in which they want their shares to trade. When a company splits its shares, it therefore means that it believes its shares would otherwise trade more or less permanently above that sweet spot.

In contrast, companies won’t split their shares if they think that their higher-priced shares will soon drop back into that sweet spot on their own. Like in a bear market.

That’s why it’s so worrying that the number of companies splitting their shares has plunged.

To be sure, some researchers have alternate hypotheses for why stock splits are shrinking that have nothing to do with the market outlook. Some studies have found, for example, that the shrinkage can be traced to the increasing dominance of the stock market by large institutional investors. Unlike retail investors, who may shy away from investing in a stock trading for more than a $1,000 per share, institutional investors couldn’t care less.

I have no doubt that what these studies found plays a factor. But there’s an easy way to test the notion that stock splits represent a bullish vote of confidence from company management: Just look to see if there has been any diminution in the performance of those few stocks that do split. There hasn’t. In fact, their recent performance is even greater than the 10-year average.

Consider a portfolio of split stocks constructed by Neil NacNeale, editor of an advisory service called the 2-for-1 Stock Split Newsletter. Each month he adds to this portfolio a stock that has recently split its shares, and he holds it in his model portfolio for exactly 30 months. The NYSE maintains a performance index of this 30-stock portfolio , and there is no evidence of any diminution in its alpha over the S&P 500. (Full disclosure: 2-for-1 Stock Split Newsletter is not one of the newsletters that pays a flat fee to have its performance audited by Hulbert Ratings.)

And for the year to date, the portfolio’s alpha is nearly double this 10-year average, as it is beating the S&P 500 by 6.8 percentage points.

The bottom line? No doubt many factors play a role in the shrinking number of stock splits. But one of those factors certainly appears to be a lack of corporate management confidence in the future of their share prices.

Read:   Expert who called the 2008 crisis says repeat of December meltdown is inevitable

Plus: Here’s one more reason why October is looking muddy for U.S. stocks