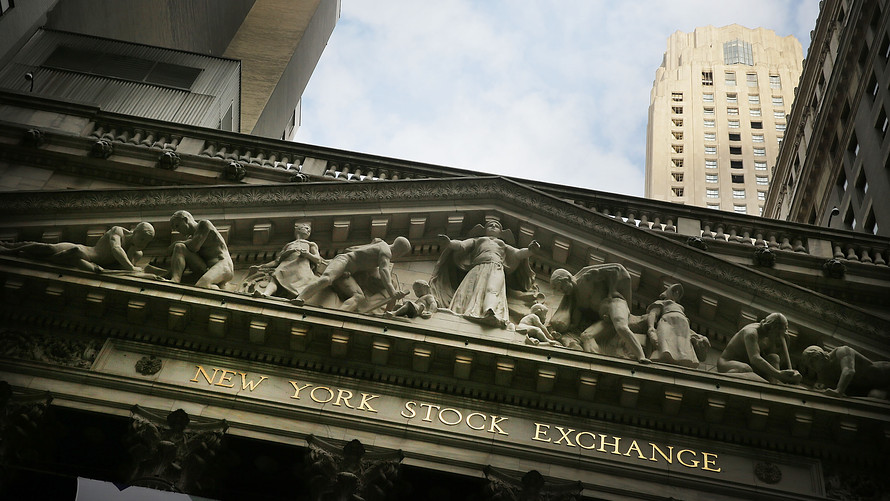 The bull market is alive, and there’s more upside ahead.

That’s according to Hayes Martin, president of advisory firm Market Extremes , who in early October hit the bull’s eye (or should I say “bear’s eye”) in predicting an imminent correction in which the market averages would drop between 8% and 13%. (See chart.) 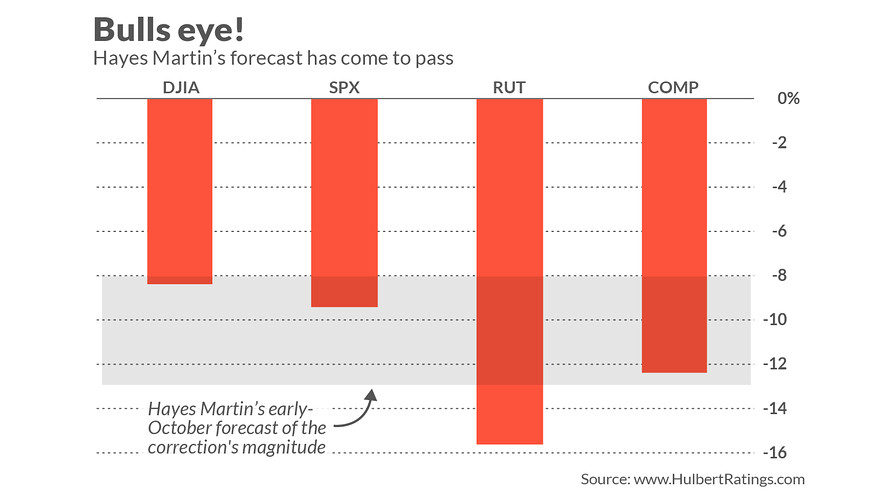 Martin’s newfound bullishness derives from market divergences, which ironically was one of the primary reasons he became bearish a month ago. At that time, the divergences were negative: key groups of stocks were not participating in the new highs posted by the major averages.

Now the divergences are bullish: As the major market averages such as the S&P 500 /zigman2/quotes/210599714/realtime SPX +0.01%   have been hitting and then testing new correction lows, fewer and fewer stocks have participated.

Consider the Nasdaq 100 index /zigman2/quotes/210598364/realtime NDX -0.34%  in Monday’s losing trading session. While the index was down sharply, cumulative net new highs (new highs minus new lows) for the Nasdaq 100 was sharply higher, and has been trending higher for several days now.

The other major reason Martin has turned bullish is that various measures of market sentiment point to extreme pessimism, which is bullish from a contrarian view. One of the indicators to which Martin pays particular attention to is the Inverse ETF Volume Ratio (IEVR), which measures the relative popularity of inverse ETFs. Such funds are the “easiest way for investors to play the downside,” and their volume therefore is a good measure of investor sentiment.

“Recent readings [of the IEVR] are by far the highest in history,” Martin said in an interview, “and indicate a tremendous surge in pessimism.”

How big of a rally does Martin envision? His best estimate is between 10% and 14%. Note that such a rally would be enough to push the major market averages back above their all-time highs of earlier this fall. But only barely.

That’s because Martin’s analysis leads him to believe that “an important market top lies ahead, quite likely in early 2019.” So the rally he envisions is unlikely to “lead to a strong new leg to the bull market.”

Related: Stocks could rally 20% after this bruising rout, says Guggenheim’s Minerd — after that, watch out

Also: If you weren’t yet worried about the stock market, you should be now

Why does Martin not envision a strong new leg of the bull market? The biggest reasons, he told me, are that the “tailwinds” which over the last year supported higher prices — the impact of tax reform, primarily — will soon dissipate.

The bottom line? While you shouldn’t be surprised by a powerful rally in coming weeks, don’t get complacent. It is unlikely to amount to much more than “a powerful trading bounce.”