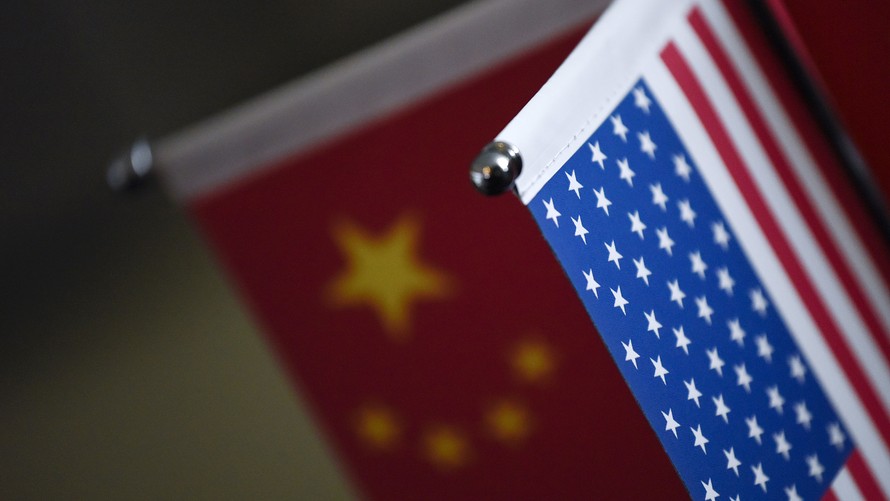 Early in the session, major indexes flipped between modest gains and losses after Federal Reserve Chairman Jerome Powell left the door open for another interest rate cut in September in a widely anticipated speech in Jackson Hole, Wyoming.

How are the major benchmarks faring?

The drop left the major indexes with their fourth consecutive weekly loss, with the Dow down 1% since last Friday, while the S&P 500 saw a 1.4% drop and the Nasdaq declining 1.8%.

Trouble kicked off ahead of Friday’s open, with China announcing new tariffs of 5% and 10% on $75 billion in U.S. imports, set to go into effect in two tranches, on Sept. 1 and Dec. 15, respectively. The Chinese government said that the move was in response to the Trump administration’s plans to institute 10% tariffs on $300 billion in Chinese imports, also in two stages and on the same dates, announced earlier in August.

The move drew a furious response from Trump, who tweeted that he had “hereby ordered” U.S. companies “to immediately start looking for an alternative to China.” While it wasn’t clear what legal authority Trump might have to force businesses to act, analysts said the shift in rhetoric raised alarms over the potential impact on the global economy.

“We always see a selloff when we escalate tensions,” said Art Hogan, chief market strategist for National Securities, in a phone interview. “I would argue that this recent escalation is a different flavor of retaliation when you ‘hereby order’ companies to stop doing business.”

Trump also blasted Powell in a tweet for apparently not sounding a more dovish tone about monetary policy in his Jackson Hole speech:

The president branded Powell an “enemy,” taking the long-running tensions between the White House and the Federal Reserve — a traditionally adversarial relationship — “to a whole new level,” Hogan said.

In the speech, Powell was seen leaving the door open for another interest rate cut at the central bank’s next meeting Sept. 17-18, saying, “We have seen further evidence of a global slowdown,” since the Fed’s last meeting in July.