Students do better at public colleges than for-profit colleges 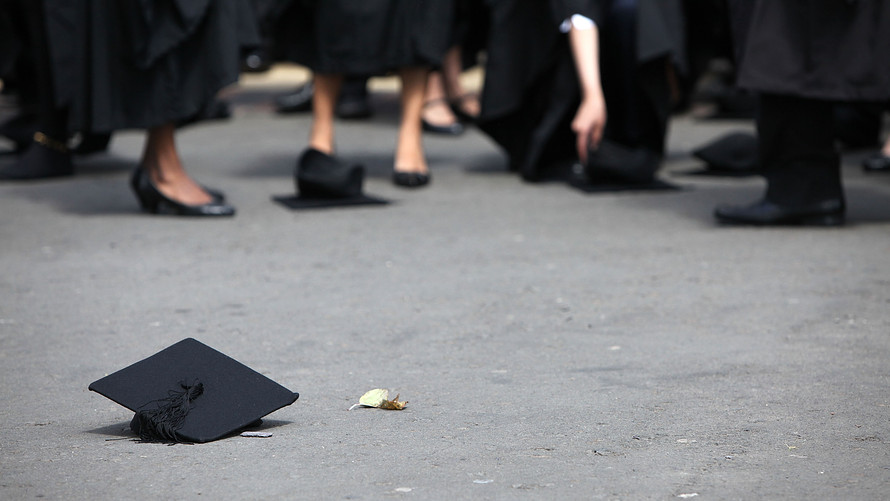 As for-profit colleges have come under fire over the past several years, the industry defended the low graduation and job placement rates and some of its schools by arguing that these colleges serve the riskiest students who might not otherwise have access to a degree.

Students who attend four-year, for-profit colleges take out one more federal loan on average than their public school counterparts and borrow at least $3,300 more, according to a study distributed by the National Bureau of Economic Research this week.

Students who attend four-year, for-profit colleges take out one more federal loan on average than their public school counterparts and borrow at least $3,300 more.

Despite that extra money, these students are 11% less likely to be employed than students in public schools. They also and earn less. What’s more, among four-year students, attending a for-profit college increases the likelihood that a student loan borrower will default by about 11 percentage points, the study found.

Students who attend two-year for-profit colleges are more likely than their public school peers to obtain a degree, but they take on more debt to do it — about $6,428 on average — and they’re less likely to be employed after six years and have lower earnings, the study found. Among two-year students, attending a for-profit college increases the likelihood of default by about 21 percentage points.

“For-profit colleges are less productive than their public counterparts,” said Michael Lovenheim, a professor at Cornell University’s department of policy analysis and management and one of the authors of the study. “They generate worse outcomes, along almost all of the outcomes we can measure.”

The study distributed this week isn’t the first to suggest that students who attend for-profit colleges often struggle to land a job and pay back their student loans. But the researchers use a novel approach to prove that those outcomes have to do with the schools and not the students.

To do this, the researchers took a look at what happens with labor demand shocks in various locales, including during a recession. Economic downturns often push people towards attending college, but different regions have different types of colleges available. In areas with more for-profit colleges, it’s more likely students will attend those schools.

The researchers compared areas with historically more for-profits to regions that didn’t have a huge supply of for-profit colleges, but faced the same recessionary shock, and then took a look at how much the probability of a given poor outcome occurs for each additional student attending a for-profit college.

‘When you see for-profits generate worse outcomes, is it because the for-profit colleges are doing something different or is it the case that the students themselves are different?’

—Rajashri Chakrabarti, a senior economist at the Federal Reserve Bank of New York

“When you see for-profits generate worse outcomes, is it because the for-profit colleges are doing something different or is it the case that the students themselves are different?” said Rajashri Chakrabarti, a senior economist at the Federal Reserve Bank of New York and one of the authors of the study. “We convincingly separate out the two and we are zeroing in on the effect of for-profit colleges.”

The study doesn’t pinpoint why exactly for-profit colleges have worse outcomes, but other research offers some insight. A recent study suggests that a drive for profit may motivate some of these schools to slash spending on instruction in favor of spending more on marketing and sales.

Regardless of the reasons behind the study’s findings, Lovenheim said the paper has implications for the current political debate raging around for-profit colleges. Betsy DeVos’s Department of Education is in the midst of curtailing two Obama-era rules regulating the sector.

“One of the big implications here is that these for-profits are producing worse outcomes than comparable public colleges in the same area,” he said. But thanks to a government subsidy in the form of federal financial aid dollars, these schools are able to survive in a way that might not be possible in a typical market. “Usually we think if there’s a more expensive alternative that doesn’t do as well it shouldn’t persist,” Lovenheim said.