X
Tweet
Share this bulletin
Get news bulletins by email
Bulletin Hackers are ramping up attacks on retirement accounts: How to keep yourself safe »

Surprise! Gold has bullish news for the stock market

This new stock-market indicator, based on the gold-platinum ratio, is bullish 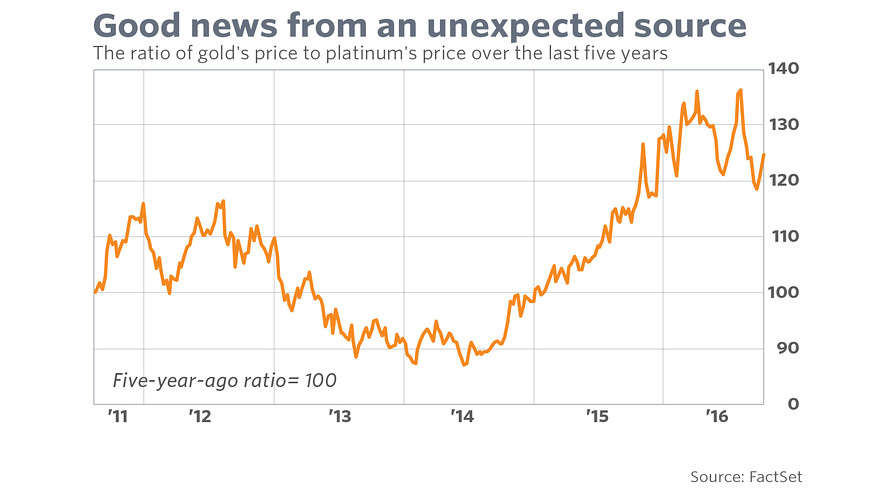 CHAPEL HILL, N.C. — The stock market’s intermediate-term prospects are brighter today than at almost any other point in the last five years.

That is the surprising conclusion of a new stock-market indicator that Darien Huang, a finance professor at Cornell University, has found to have a better track record than nearly all of the many others he studied.

Even more surprising: This new indicator is based on the prices of gold  and platinum . That seems an unusual source for guidance about equities, since most of us consider the precious metals to be largely uncorrelated with the stock market—if not negatively correlated. After all, that’s why gold /zigman2/quotes/200593176/composite GLD -0.83%   and platinum are considered by so many to be a good investment for those looking to diversify their equity portfolios.

Yet, according to a study by Prof. Huang, the ratio of gold’s price to platinum’s has been—at least over the 40-plus years since gold began freely trading in the U.S.—impressively correlated with the stock market’s subsequent performance, as measured by broad indexes like the Wilshire 5000 /zigman2/quotes/211296692/delayed XX:W5000 +1.00% . Furthermore, when he tested this ratio’s track record against numerous other indicators that prior research had found to have value, the ratio came out ahead of nearly all of them.

Prof. Huang is focusing on the ratio of gold to platinum, not the price of either metal individually.

Note that Prof. Huang is focusing on the ratio of gold to platinum, not the price of either metal individually. The ratio responds to changes in their relative performance, and the ratio will go up even when gold is declining—provided platinum falls even further.

This latter possibility often turns out to be the case during equity bear markets, Prof. Huang told me. And that’s one big reason why the ratio has such a good track record: It calls for relatively high equity exposure levels at equity bear-market bottoms.

Why does the ratio rise during stock bear markets and fall during bull markets? Prof. Huang explained that during economic good times, both gold and platinum react to more or less the same factors—jewelry and industrial demand—and, as a result, the ratio of the two metals’ prices will be relatively low. During economic downturns, in contrast, gold’s decline is cushioned in ways that platinum’s is not—by investors who view gold (but not platinum) as a disaster hedge. Therefore, the ratio will tend to rise during economic bad times. 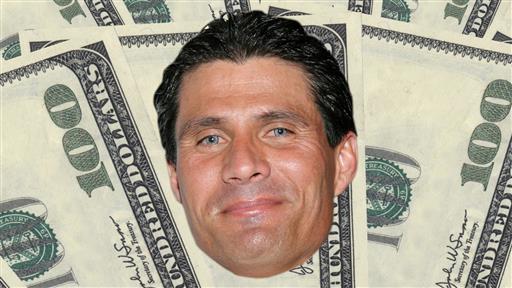 In any case, notice from the accompanying chart that the gold-platinum ratio today, though lower than a couple of months ago, is higher than at most other points of the last five years. That’s why the ratio’s current message is as upbeat as it is.

To be sure, a number of qualifications are in order. First, as Prof. Huang emphasized to me, no one should base their entire equity strategy on just one indicator, even one with as good a record as the gold-platinum ratio.

Secondly, because the ratio’s greatest explanatory power comes at the one- to two-year horizon, the ratio could end up being correct in its current relative bullishness even if the stock market undergoes a serious decline in coming months.

Nevertheless, given the bearish message of other longer-term indicators, it’s comforting to know that at least one is singing a different tune.