Sustainable investing grows in popularity, but is dogged by performance questions

There’s support for sustainable investing, but skepticism over how well it works 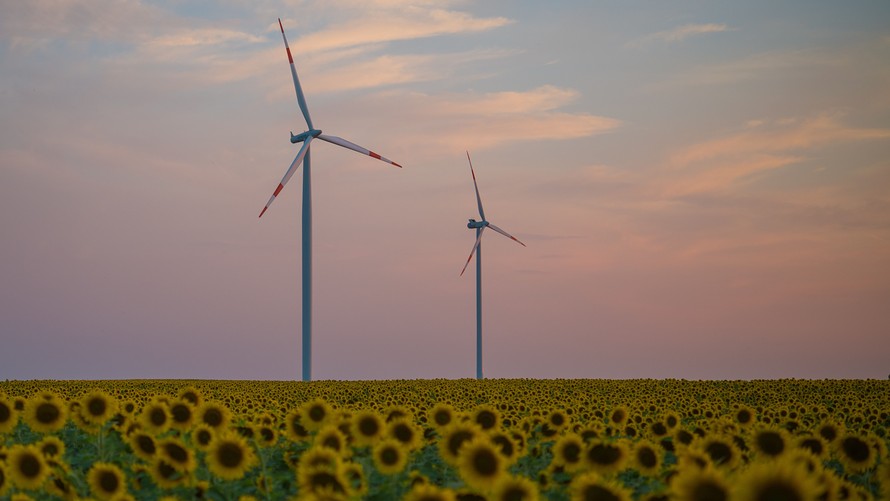 It sounds like an unbeatable deal for investors: a way to not only grow wealth but to do so with better performance than the overall market and while acting in concert with their moral values.

This is the promise of sustainable investing, one of the trendiest strategies on Wall Street, but one where the effectiveness remains highly debated and skepticism about long-term performance is preventing even more broad-based adoption.

Generally speaking, sustainable investment strategies screen securities across a variety of metrics, tilting a portfolio to the ones with the best scores on environment, social and governance (ESG) issues. Proponents argue that the stocks or bonds with higher ESG scores will also see better long-term performance relative to benchmark indexes like the S&P 500 /zigman2/quotes/210599714/realtime SPX -1.16%  .

A number of major investment firms have launched ESG products of late, focusing on such ideas as gender diversity, low carbon emissions and portfolios that exclude gun-related stocks.

Investors have also taken to the idea. According to Morningstar, sustainable funds averaged $924 million in monthly inflows in the first five months of the year, a pace that’s nearly twice the 2017 average of $532 million . Flows into such products have accelerated since the 2016 election, a trend that analysts credited to President Donald Trump, whose administration is seen as hostile to environmentally friendly policies, spurring investors to seek a counterbalance. 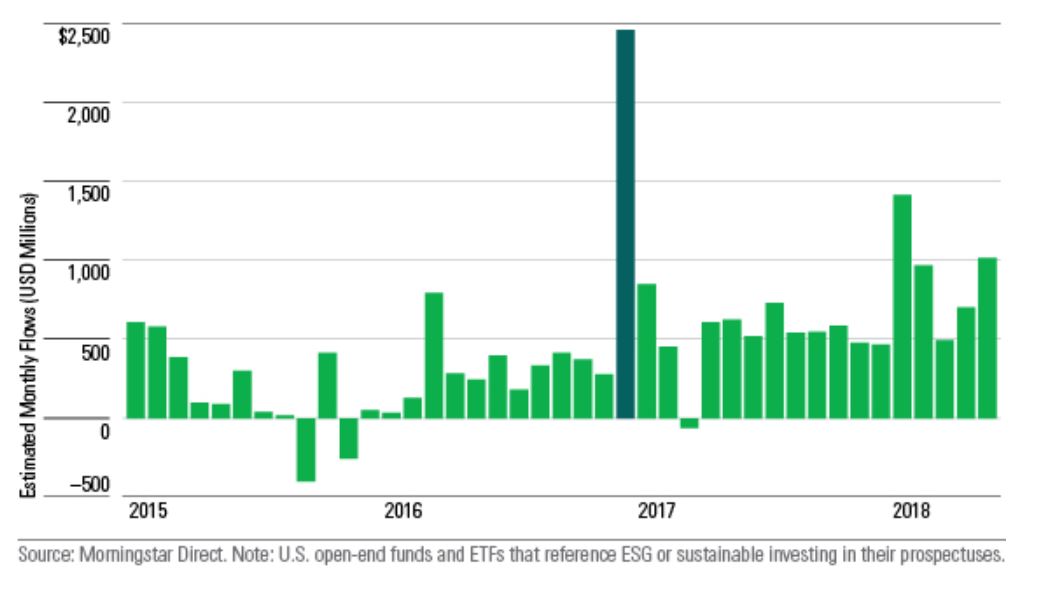 In the first half of 2018, 28 existing funds (both mutual funds and exchange-traded funds) added impact criteria to their investment processes, while another 13 explicitly ESG funds were launched, bringing the total number of sustainable funds to 285, Morningstar calculated.

Notably, the Goldman Sachs JUST U.S. Large Cap Equity ETF /zigman2/quotes/203704819/composite JUST -2.18%  debuted in mid-June and garnered $251 million in assets in its first day of trading. According to the firm, this made it one of the top 10 equity ETF launches in history, although the fund’s popularity is likely due to Goldman’s distribution muscle as much as investors taking to the strategy, which favors companies engaged in “just business behavior.”

According to a survey by the Morgan Stanley institute for sustainable investing, 84% of global asset managers are pursuing or considering ESG investments. That interest, however, belies a certain amount of skepticism about whether ESG strategies add value compared with simply investing in the market through an index-based product. The survey showed that when it came to the biggest challenge facing broader ESG adoption, 23% of respondents named the quality of ESG and sustainability-related data, while another 24% cited “proof of market-rate financial performance.”

According to a survey of financial advisors conducted by Cerulli Associates, only 19% of the advisers who use ESG products cite the strategy’s returns as the major factor behind their adoption. Meanwhile, 35% of respondents said concerns over negative performance was a significant factor keeping them from such strategies.

Confusing the issue is that how a company scores on ESG metrics can vary wildly depending on who is doing the scoring. Different analysts look at different factors, favor different qualities over others, and otherwise lack consistency from ratings firm to ratings firm.

“One specific challenge is a lack of standardization — every ratings system prioritizes different factors when defining a ‘good’ ESG company,” wrote Emily Dwyer, a research analyst focusing on ESG issues at Brown Advisory. “Some prioritize transparency and disclosure; others prioritize a company’s environmental or social track record or its past controversies; others prioritize current carbon emissions. Depending on which ratings service you choose, you may see wildly different results.”

Per Brown’s analysis, there is a wide gap in how different rating firms evaluate the same stocks, as seen in the following chart. 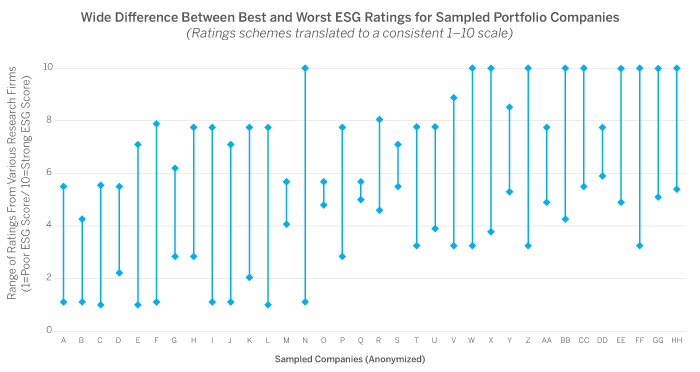 In one extreme example, American Tower /zigman2/quotes/200890312/composite AMT -1.82%  received a top rating from one ratings system and a “rock-bottom rating” from another. The former cited how the cellular tower company treats its workers while the latter criticized its lack of transparency and disclosures.