50 experts suggest that if the livestock sector were to continue on its present trajectory, it would account for almost half of the emissions target by 2030 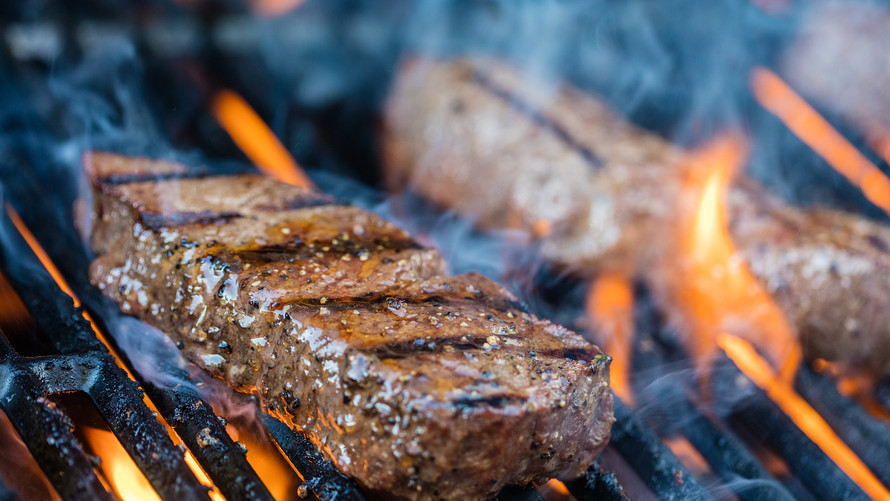 The globe needs to reach “peak meat” within the next 10 years — opting for the increasingly popular, if less-than-healthful, meat alternatives or choosing more beans and vegetables — to combat the effects of man-made climate change, scientists have warned.

In a letter to The Lancet Planetary Health Journal , a group of researchers said all but the poorest countries, where the need for protein overall outweighs being selective, should set a time frame for livestock production to stop expanding.

The meat and dairy sector, especially the effects of crop growth to feed these herds, are responsible for a large slice of emissions. The letter, signed by 50 experts in the field, said that if the livestock sector were to continue on its present trajectory, it would account for almost half of the emissions target by 2030.

In fact, vegetarians with a significant dairy diet can be as culpable as steak and hamburger eaters.

Separate findings from scientists at the Johns Hopkins University Bloomberg School of Public Health found that diets in which meat, fish or dairy products were consumed only once a day have a smaller negative impact on emissions and water supplies than exclusively vegetarian diets, including milk and eggs, in 95% of countries analyzed.

Dairy herds require large amounts of greenhouse-emitting energy and take up a lot of land, while the use of fertilizers and pesticides to grow feed is also a factor.

The Lancet-published scientists called on governments to identify the largest emissions sources or land-occupiers in the livestock sector and set reduction targets to help fight the risk of global temperatures rising by more than the “safe” limit of 1.5-2 degrees Celsius above pre-industrial levels.

Read : Arkansas judge allows vegan meats to be labeled as ‘burger’ and ‘sausage’

The scientists called for the agricultural sector to “diversify food production” by replacing animals with foods that have a lower impact on the environment, such as pulses, grains, fruits, vegetables, nuts and seeds.

The letter said that when grazing land is not required or is unsuitable for horticulture or arable production, it should, where possible, be repurposed by restoring native vegetation such as forest, which acts as an emissions-absorbing “carbon sink.”

Since the first Intergovernmental Panel on Climate Change assessment report in 1990, the production of meat, milk and eggs increased from 758 million metric tons to 1.247 billion metric tons in 2017, the scientists said, citing data from the Food and Agriculture Organization, which also projected greater increase going forward.

The healthy diet argument nestles in beside the climate-change cause, although inconsistent debate over the long-term effects from a diet heavy on red meat has persisted for decades.

As consumers continue to seek out the taste and texture from a meat diet without the actual meat, the uptick for substitutes, also known as faux meat, mock meat, meat alternatives or meat analogues, is pegged at 5.8% compounded annual growth from 2017 to 2026, according to Future Market Insights. The meat substitute market could be worth $7.1 billion in sales by globally by 2026.

Two leading makers of these products, Impossible Foods and Beyond Meat /zigman2/quotes/211617595/composite BYND +1.35%  , are found in many grocery stores and restaurants across the U.S. For example, Burger King now has an Impossible Whopper and Subway has a Beyond Meat meatball sandwich. Large food companies including Tyson Foods Inc. /zigman2/quotes/201117502/composite TSN -0.68%  are also participants.

But nutritionists have implored consumers to read the labels of meat substitutes and make informed decisions. Many these products are highly engineered plant protein sources made from soy or pea protein isolate, says Maura Rodgers, a registered dietitian with her own practice in San Francisco. “They’re not made out of vegetables; they’re made from processed soy.”

Some brands use filler with nonorganic ingredients that may have been exposed to chemicals or that may be genetically modified.

Don’t miss : Beyond Meat might not be the only plant-based burger McDonald’s uses if it launches in the U.S.