Target will take a bite out of its grocery competition with Good & Gather, experts say 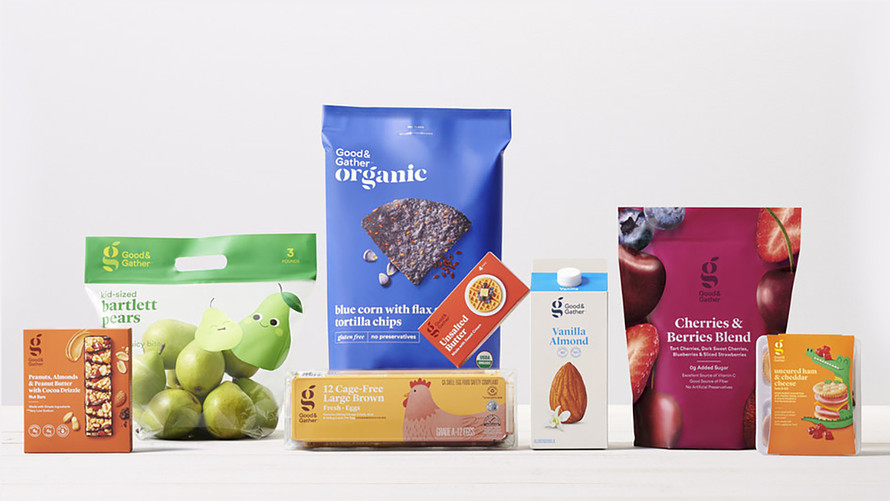 Target Corp’s new food label Good & Gather will be a traffic driver that helps the retailer take a bigger chunk of the food business, experts say.

“Target’s announcement that it was upping its food game with its new “Good & Gather” initiative is credit-positive as it will drive additional traffic, which in turn will drive increased sales of higher-margin private and exclusive non-food items,” said Charlie O’Shea, vice president at Moody’s.

“During its recent strategic transition, food was not a primary focus, and this new initiative is a necessary change for the company as it continues to improve its competitive position.”

Target’s /zigman2/quotes/207799045/lastsale TGT -0.96%   Good & Gather will be available Sept. 15 and be comprised of more than 2,000 products by the end of 2020. Other Target brands Archer Farms and Simply Balanced will be phased out, while the amount of items in the Market Pantry brand will shrink.

Read: Walmart CEO calls for discussion on reauthorizing the ban on assault rifles

By the end of 2019, Target will have more than 25 owned brands, spanning across fashion, home goods and more.

GlobalData Retail Managing Director Neil Saunders praises the execution of the brands up to this point and notes that they have resonated with customers, giving the retailer a differentiating quality in a world where Walmart Inc. /zigman2/quotes/208874361/delayed DE:WMT +4.99%   and Amazon.com Inc. /zigman2/quotes/210331248/lastsale AMZN +0.58%  loom large.

Grocery is the one category that has been lacking, and Good & Gather could generate some excitement.

“Our own customer data show that Target’s shoppers also frequent a wide variety of other outlets from Whole Foods all the way down to dollar stores,” Saunders said. Whole Foods is part of the Amazon portfolio.

“This means there is a significant opportunity for Target to enlarge its share of wallet in food, by offering products that are relatively inexpensive but where there is no compromise on taste and quality.”

Though Target has been lagging in the grocery category, Bank of America analysts say there’s one part of the store, the center, where it reigns with low prices.

“By category, Target emerged the new leader in center-of-store grocery items [such as snacks and packaged food] is at a 3% discount to Walmart,” analysts wrote in an August note. Bank of America conducted a pricing study in the Atlanta metro area in July.

“Additionally, in a comparison of household personal care items at dollar stores, conventional, and mass retailers, we found that Target had the lowest prices overall in the category at a 3% discount to Walmart.”

Overall, however, Bank of America found Walmart is still the overall price leader, with Target coming in second.

Target is scheduled to report second-quarter earnings on Wednesday, with shares up 19.1% over the past three months and up 30% for the year to date. 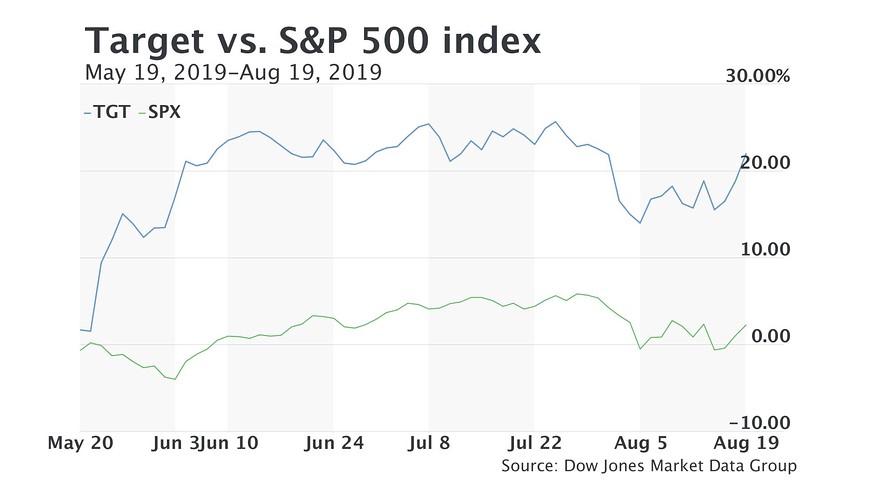 Don’t miss: Macy’s results indicate that the retail environment is worse than we thought, analysts say

“On a short-term basis, we believe Target has numerous top-line drivers including increased sales of private label, share capture from defunct competitors, e-commerce growth, the benefit from remodels, and a strong consumer backdrop, which together should combine to contribute to the ninth consecutive quarter of traffic and same-store sales growth,” wrote John Zolidis, president of Quo Vadis Capital.

“On a longer-term basis, our favorable view on Target shares is based on our opinion that the company is executing on a strategy to win in a world driven by expansion in private-label product.”

Quo Vadis thinks the coming anniversary sale of its collaborations over the past two decades “epitomizes the approach that defines Target’s brand.”

Get news alerts on Target Corp. and Amazon.com Inc. — or create your own.