Tech earnings are a test amid tumultuous times, and all the chips are on the table

Semiconductor companies, weighing down the entire S&P 500, have promised a better second half, but better than what? 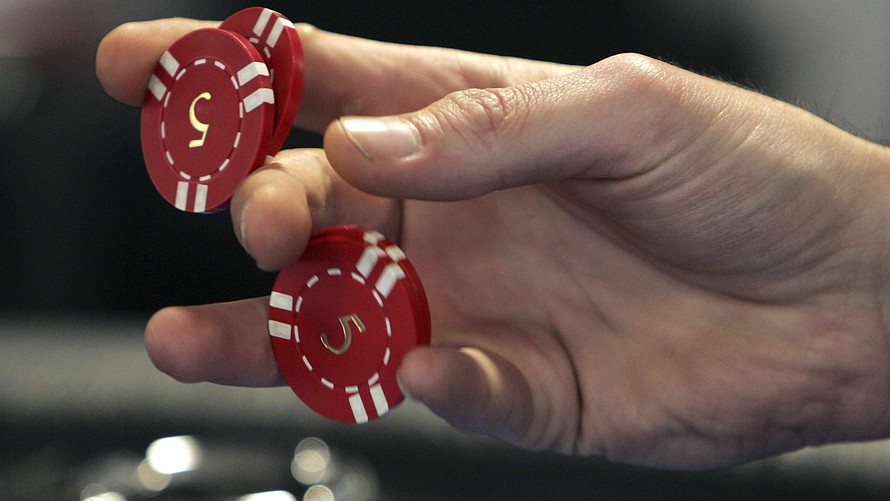 As the tech industry faces turmoil unlike any period in the past decade or more, it is time for the companies to tell the truth about where they are headed.

The tech industry has been rife with issues in 2019. The semiconductor business has experienced a painful downturn, a tariff fight with China has hurt the profits of a range of hardware makers, and internet and social media companies are under regulatory scrutiny after a year of privacy and security scandals and issues. The results: a potential earnings recession in the S&P 500 /zigman2/quotes/210599714/realtime SPX -0.23% , which would be the first such decline in three years, led by a fall in the technology and materials sectors.

FactSet estimates earnings overall at information-technology companies will be down 12% in the second quarter, excluding interactive media and services companies like Alphabet Inc. /zigman2/quotes/202490156/composite GOOGL -0.17%   /zigman2/quotes/205453964/composite GOOG +0.0092% and Facebook Inc. /zigman2/quotes/205064656/composite FB +1.85% , which have moved to a different sector that is expected to decline less than half a percent overall. The real anchor for earnings right now are semiconductors, which are expected to report a 32% nosedive amid a shocking decline that has been faster and deeper than even the 2008-2009 downturn, according to Dan Hutcheson, president of VLSI Research.

Chip companies have repeatedly promised a better second half, after a sudden slowdown in sales at the end of 2018 caught them off guard. As this column warned earlier this year, though, those promises didn’t have a lot of support, and now their forecasts will have to be much more specific.

As we approach earnings season, those promises need much more context. Yes, the second half is likely to be better, but only when compared with the first half, not last year’s results.

Investors received a dose of optimism about chip stocks after a trade truce between the U.S. and China was announced on Twitter by President Donald Trump . Chip stocks and their related indexes jumped, even though China may be the potential winner.

But the trade truce does not change much of anything yet, as tariffs that were already installed are still in place and chip companies have already implemented costly workarounds to deal with them. Many U.S. chip companies have had to pay tariffs on certain products that they manufacture in China, even if made by a U.S. company. And while there have been signals that the downturn may have bottomed, such as the early results from memory-chip company Micron Technology Inc. /zigman2/quotes/205710729/composite MU -0.43% , there still hasn’t been much data to support the thought that the second half will include a rebound.

May was a horrible month for chip sales. Worldwide semiconductor sales tumbled 14.6% to $33.1 billion versus a year ago, as hardware makers held off on buying more chips to use up their current inventories. Micron executives told analysts that in the cloud computing area, they felt “like the challenges, in terms of inventory levels, were behind that part of the market,” but on the enterprise front, companies that make hardware to be used on-premises “needs some recovery.”

More: Nvidia and Intel earnings were a sign that the cloud boom may be dying

The larger tech industry desperately needs for the problem with chips to be an isolated and temporary issue, because otherwise, it would likely be a precursor of further woes to come in tech. Chips can be the canary in a coal mine of the tech sector because of their position early in the supply chain, and the warning light of more problems to come is already blinking.

“This much is clear: tech spending growth is decelerating,” Bernstein Research analyst Toni Sacconaghi wrote in a note at the end of June summarizing a May/June survey of CIOs by Bernstein. “The year 2018 was truly an annus mirabilis for global IT spending, which grew 7-8% — the highest rate in over a decade — amid broad-based macro improvement and U.S. tax reform. In contrast, the Q1 19 reporting season has been more sobering, with companies such as Dell /zigman2/quotes/203822527/composite DELL -1.28% , HP Enterprise /zigman2/quotes/201998588/composite HPE -1.29% , Intel /zigman2/quotes/203649727/composite INTC -1.73% , and NetApp /zigman2/quotes/209297588/composite NTAP -0.62%  all missing top line expectations and identifying incremental end market weakness.”

Read also: Tech giants made so much money in 2018 that 2019 is bound to look pretty bad

In another note about tech stocks, which are trading at their highest valuations in 15 years, he highlighted seven of the 17 largest cap tech companies that have flat to negative earnings growth.

Sacconaghi said he expects actual IT spending growth to decelerate to somewhere around 4% to 6% in 2019, with a key concern among investors being whether or not the issues in China and the cloud companies will spread more widely through enterprise tech.