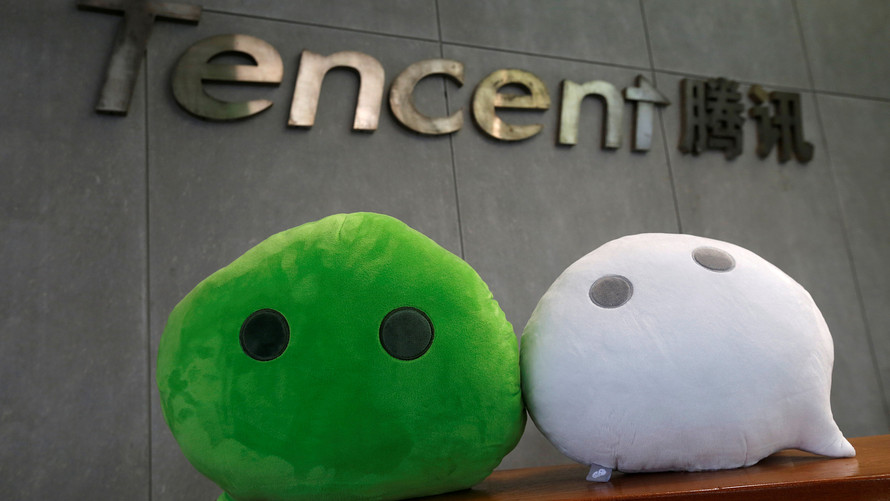 Reuters
Tencent shares were down sharply Tuesday in Hong Kong.

North Korea’s foreign minister warned overnight that his country would shoot down U.S. warplanes even if they were outside the nation’s airspace, in an escalation of the threat of a military confrontation.

In the U.S., the White House dismissed assertions about war and the Pentagon brushed off the military threat.

“The markets are cautious but yet to fully price in a flare up in military conflict,” said Ivan Ip, a stock strategist at UOB Group. Trading sentiment was already bearish, given the Federal Reserve’s plans to taper its balance sheet which should lead to tighter liquidity, he said.

Chinese developers were weaker as local governments there rolled out new measures to cool the frothy property market.

“Given the strong performance of the [property] sector, I don’t think it’s a surprise that some investors moved to lock in some profits, especially in light of recent policy measures,” said David Millhouse, head of research for China at Forsyth Barr Asia.

Elsewhere, Japan’s Nikkei Stock Average (NIKKEI:JP:NIK)  finished 0.3% lower, dragged lower by overnight yen buying. The U.S. dollar (XTUP:JPYUSD)   fell to as low as ¥111.50, compared with around ¥112.22 at the end of Tokyo equity trading on Monday.

Energy stocks in the region gained on the overnight return to bull-market territory for U.S. oil prices.