The television series, launched in 2017, chronicles the life of a teenage girl who decided to take her own life 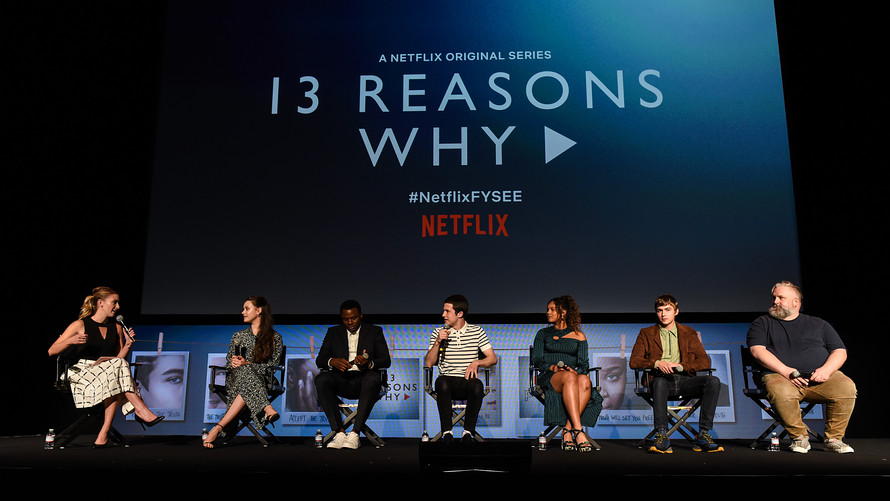 Getty Images
The cast of ‘13 Reasons Why’ in Los Angeles, Calif.

Did “13 Reasons Why” lead to a rise in suicides among teenagers?

When the series began streaming on Netflix /zigman2/quotes/202353025/composite NFLX -1.54%  in March 2017, child psychologists and parents warned that a show about teenage suicide could cause young people who watched the series to carry out copycat suicides. The show, based on the book of the same name by Jay Asher, follows the story of Hanna Baker, a teenager who kills herself and leaves behind a cassette tape outlining 13 reasons why she decided to take her own life.

This week, Netflix announced that it would edit a three-minute scene where Hanna takes her own life in Season 1. “As we prepare to launch season three later this summer, we’ve been mindful about the ongoing debate around the show. So on the advice of medical experts, including Dr. Christine Moutier, chief medical officer at the American Foundation for Suicide Prevention, we’ve decided with creator Brian Yorkey and the producers to edit the scene,” the company said in a statement.

A study released in March and published in the peer-reviewed Journal of the American Academy of Child and Adolescent Psychiatry said there was a 29% increase in suicides among American teenagers aged 10 to 17 in the month (April 2017) after the show aired. “Caution regarding the exposure of children and adolescents to the series is warranted,”it said. The link between the show and suicides is correlational, they added; as with most studies, it does not prove cause and effect.

‘Caution regarding the exposure of children and adolescents to the series is warranted.’

The number of deaths by suicide recorded in April 2017, just one month after the show’s release, was greater than the number seen in any single month during the five-year period examined by the researchers. However, the researchers found that the increase in the suicide rate was driven by significant increases in suicide in young males. The suicide rate also increased among females after the show’s release, but that rise was not statistically significant.

The National Institute of Mental Health (NIMH), among several universities and hospitals, conducted the study. “The results of this study should raise awareness that young people are particularly vulnerable to the media,” Lisa Horowitz, a clinical scientist at the NIMH, said in a statement. “All disciplines, including the media, need to take good care to be constructive and thoughtful about topics that intersect with public health crises.”

A the time, a spokesperson for Netflix told The Associated Press, “This is a critically important topic and we have worked hard to ensure that we handle this sensitive issue responsibly.” The spokesperson also cited a recent survey with a sample size of 729 young people aged 18 to 29 years old who reported declines in suicide ideation and self-harm after viewing the entire second season of “13 Reasons Why.” The company, however, appears to have bowed to pressure.

Also see: What Netflix finally got right in ‘13 Reasons Why’

That said, there are other underlying reasons why teenagers and children may be at risk. Younger children who died by suicide more often experienced relationship problems with family members and friends and less often had boyfriend/girlfriend problems or left a suicide note, a 2016 study published in the journal Pediatrics found. Among those with mental-health problems, childhood suicides more often involved attention-deficit disorder and depression in older children.

There may be other underlying mental-health reasons why young people take their own lives.

There has also been a small increase in the number of children at risk of suicide in recent years. There were 115,856 visits to hospitals by children who attempted suicide or had suicidal thoughts between 2008 and 2015, according to a study released last year in Pediatrics , the official journal from the American Academy of Pediatrics. The annual percentage of visits by children for those two reasons almost doubled, from 0.66% in 2008 to 1.82% in 2015.

However, the study noted that more teenagers than younger children arrived at hospitals with such feelings of despair. “Significant increases were noted in all age groups, but were higher in adolescents 15 to 17 years old and adolescents 12 to 14 years old,” the report said. The rise coincided with the spring and fall semesters of school, and dipped during the summer , suggesting that issues are compounded in school.

Netflix has also created the 13ReasonsWhy.info resource page to encourage troubled youth to get help by highlighting the free and confidential 24/7 Crisis Text Line (text REASON to 741741) and the National Suicide Prevention Lifeline (1-800-273-8255), as well as more resources to get help. SAVE (Suicide Awareness Voices of Education) has also built a online 13 Reasons Why Toolkit with doctors to help parents, educators and young people process the issues on the show.