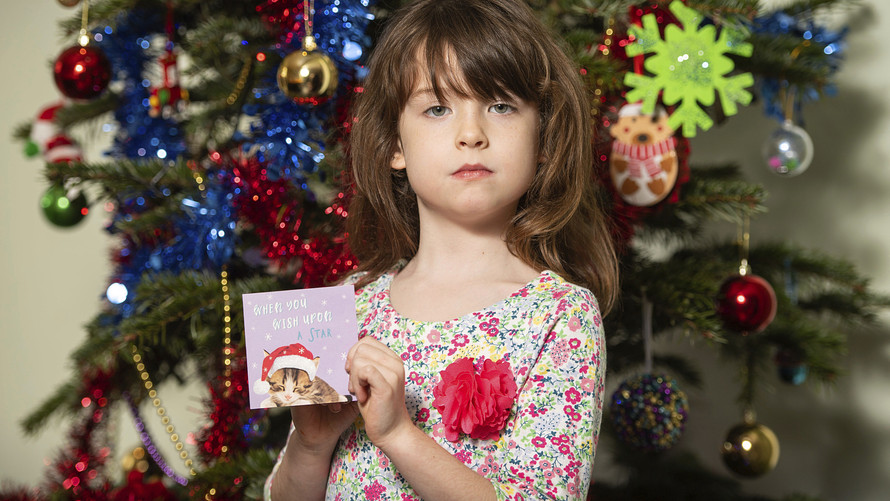 PA via AP
Florence Widdicombe, 6, poses Sunday in London with a Tesco Christmas card from the same pack as a card she found containing a message from a Chinese prisoner.

LONDON — The U.K.-based grocery chain Tesco said it halted production at a factory in China on Sunday after a British newspaper reported the factory used forced labor to produce charity Christmas cards for the supermarket.

Tesco /zigman2/quotes/203761082/delayed UK:TSCO +0.79%   said it also launched an investigation of the Chinese supplier it hired to make the holiday cards, Zheijiang Yunguang Printing, after the Sunday Times raised questions about the factory’s labor practices.

The newspaper said the potentially problematic province of the cards came to light when a 6-year-old girl in south London found a card in her box already had a message written inside.

It read: “We are foreign prisoners in Shanghai Qinqpu prison China forced to work against our will. Please help us and notify human rights organization.”

The writer asked whoever received the note to contact Peter Humphrey, a former British journalist who was detained in China while working as a corporate investigator and spent time at the same Shanghai prison.

The London girl’s father, Ben Widdicombe, said Sunday they at first thought the message was a “prank.”

“On reflection, we realized it was actually potentially quite a serious thing,” Widdicombe said. “So I felt very shocked, but also a responsibility to pass it on to Peter Humphrey as the author asked me to do.”

He said the message was eye opening: “It hits home there are injustices in the world and difficult situations that we know about and read about each and every day.”

Widdicombe said finding the message shortly before Christmas was poignant and that he told his daughter, Florence, what it might mean.

Humphrey told the BBC he thinks he knows who wrote the message. He said he won’t identify the person for fear the inmate would face retribution.

Humphrey said he was “pretty sure” it was put inside the card by a group of prisoners as a collective request for help.

Tesco said it was “shocked” by the discovery and would never allow prison labor in its supply chain.

The company says it donates 300,000 pounds ($390,000) annually to the British Heart Foundation, Cancer Research UK and Diabetes UK from the sale of its Christmas cards.