Tesla is super charged but there are potholes ahead

Opinion: Growing pains ahead for Silicon Valley’s answer to Detroit 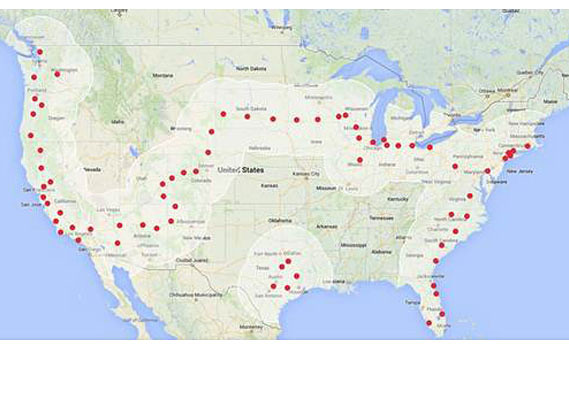 Tesla Motors
Tesla Motors has completed a coast-to-coast network of supercharging stations within reach of 80% of the population.

WASHINGTON (MarketWatch) — Tesla Motors /zigman2/quotes/203558040/lastsale TSLA +0.08%  is on a roll. Last year its share price quadrupled while it sold over 20,000 cars. There’s a waiting list for every four-door sedan that rolls out the door of the plant in Fremont, Calif.

The $100,000 Model S rules the luxury electric-vehicle market. For the rich, famous and green, the quick-accelerating Model S is the vehicle to own. Aggressively expanding, Teslas are now on sale in China, with its voracious appetite for things fast, luxurious and clean.

The Model S is a hit in Canada and taking off in Europe, where it’s been available only a few months. In environmentally conscious Norway Tesla was the best-selling car in December when 553 Model S’s were registered. Tesla sales get a huge boost in Norway because they’re exempt from taxes that can double the cost of gasoline-powered car.

The 10-year-old Silicon Valley startup is on its way to becoming a viable fourth U.S.-based car company.

At last, Detroit is paying attention.

Mark Reuss, GM’s /zigman2/quotes/205226835/composite GM -1.31%  chief of product development, is extravagant in his praise, telling the Detroit Free Press he spends a lot of time in a Model S. “It’s highly creative and fun to drive,” he says. Referring to 42-year-old billionaire and Tesla CEO Elon Musk, Reuss says, “I really admire what he has accomplished at Tesla… He’s basically created a brand, which is very hard to do in a mature industry.”

Musk, the South African-born genius behind Space X, SolarCity /zigman2/quotes/205874957/delayed SCTY -80.00%  , and Tesla, runs the car company much like Steve Jobs ran Apple. Technology and design are paramount. There’s a keen eye on media and, like Jobs, Musk was on stage last June at Tesla’s design studio near L.A. to introduce automated fast battery-swap stations to be strategically placed across the country. Replacing an entire panel of 7,000 reusable lithium-ion batteries is meant to occur in 90 seconds. 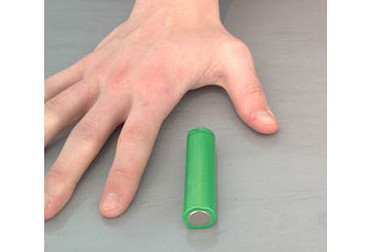 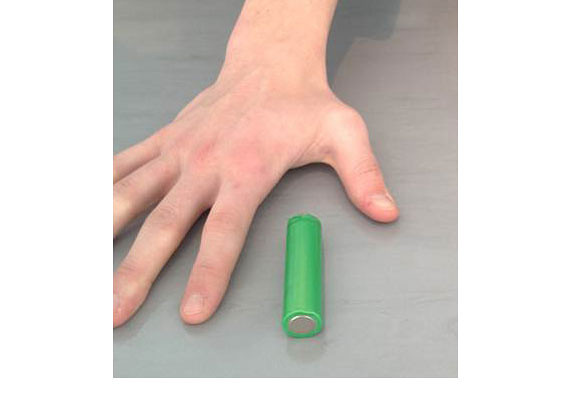 Enlarge Image
The lithium-ion batteries that fuel the Tesla electric car can fit in the palm, but mass production of them is one of the headaches Elon Musk faces as he tries to take on Detroit.

A full pack of Tesla AA-size batteries — produced by Panasonic in Japan — weighs a collective 1,000 pounds.

Determined to prove that the Model S can perform well on highways, Tesla has completed a network of free supercharging stations situated at 200-mile intervals on a transcontinental route linking Los Angeles with New York.

A half-charge, enough to zoom on to the next station, takes about 30 minutes. Typically six charging posts are in the unmanned facilities located in shopping-mall parking lots close to off ramps. Tesla says supercharging will be free forever, meaning that Tesla vehicles can scoot across the country paying nothing for fuel. Family in tow, Elon Musk plans to do just that in March.

The Tesla business plan is simple, ambitious and on track.

First, establish the brand with a highly regarded luxury vehicle. Create a buzz. Widen product selection. Boost production. Then produce a smaller sedan priced at about $35,000, within reach of the upper middle class.

Analysts expect Tesla to produce about 35,000 vehicles this year. While an increase from 2013, it’s still a tiny number, equal to only half the Ford F-series pickups produced each month.

Tesla’s gull-wing luxury crossover is expected by the end of the year, while the much-touted Generation Three family car isn’t due until 2017. Musk speaks of eventual production of 500,000 cars per year.