Slow down your teen driver and track a stolen car 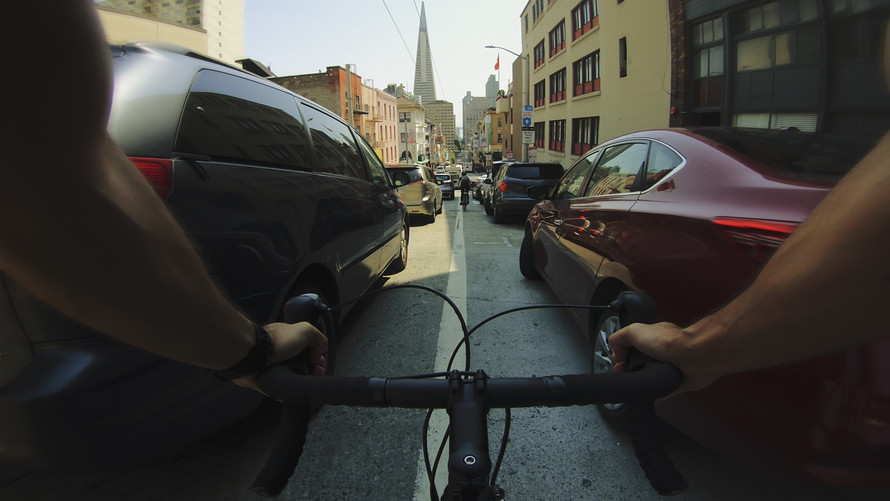 iStock/Getty Images
Automakers are beginning to address the danger to cyclists of a door swinging open by adding rear-looking sensors that detect approaching bikes and traffic.

New car buyers would do well to spend less time looking under the hood and more examining all the technology in the car. Of course, the powertrain still matters, but more important is how the driver and vehicle occupants interact with today’s increasingly sophisticated automobiles. That’s why we’ve come up with our 10 Best Automotive Technologies.

These are the things to look for when buying a new car. You may not find them all useful, but regardless of price point it shouldn’t be too difficult to find a vehicle that has most of them. If you want to see the best of the best, find out which two all-new cars took home our Best Auto Tech Awards.

It’s no exaggeration to say that the smartphone has changed everything, including how we interact with our cars. Most car makers offer some sort of connected smartphone app, but some are better than others. Look for one that lets you remotely lock and unlock the doors, check the status of things like fuel and tire pressure, and even remotely start the car to warm things up on a cold winter’s morning.

Make sure to ask if there is a monthly or yearly subscription fee for the service, as it can vary from car maker to car maker.

Handing over the keys to your teenager can be a nerve-racking experience, but some clever new tech might ease your mind a little bit. Several cars have some type of teen driver limitations built in that can notify you if the car is driven over a certain speed, disable the stereo if seat belts aren’t used, and even keep the stereo from being turned up past seven — never mind full blast!

Chevrolet’s Teen Driver feature also offers a Report Card that will tell parents if safety systems like ABS or forward collision alert have been triggered while Junior was behind the wheel.

Experts estimate that more than 750,000 motor vehicles will be stolen in 2019. While that number sounds alarming, nearly 46 percent of those vehicles will be recovered — and that number continues to improve. Much of the credit goes to innovative technology that automakers are building into their vehicles, such as the ability for the stolen car or truck to tell law enforcement when it is being held.

The technology is bundled into the vehicle’s assistance and security systems, such as BMW’s Connected Drive or GM’s (NYS:GM)   OnStar. While those advertised features allow effortless diagnostics, concierge, and postcrash notification for summoning rescue services, they may also be used by law enforcement to pinpoint the exact location of a vehicle that is no longer in the owner’s possession. Criminals beware.

Though they are loath to admit it, many manufacturer infotainment systems — the do-it-all screens that control stereo, navigation, and climate control — aren’t very user-friendly. That’s why we like Apple’s (NAS:AAPL)   CarPlay and Google’s (NAS:GOOGL)   Android Auto. Plug in your smartphone and it takes over that big screen, replacing it with something that looks a lot more familiar and easy to use.

You’ll get a simplified control scheme to access your music, maps, and your phone’s built-in voice-control features while avoiding the unnecessarily complicated system that comes with the car. Basically every manufacturer has promised support for at least one or both Apple and Google’s systems, but not all trim levels will support them. Make sure to verify your car has the right options, and that it matches your mobile devices.

Some systems even allow the car to be brought to a complete halt and then resume automatically, making stop-and-go traffic considerably less frustrating. It might make you uneasy handing over some amount of control to the car, but we promise: use it once, and you’ll never want to go back.

People riding bicycles in congested urban areas are often as concerned with parked vehicles as they are with the vehicles on the road — an unexpected opening car door spells doom for cyclists and injury for hapless passengers. Automakers are beginning to address this common danger with rear-looking sensors that detect approaching bicycles and traffic.

The systems are engineered to work for several minutes after the engine has been turned off. If the sensors see an approaching bicyclist or close vehicle, they alert the passenger with a series of bright lights. If the warning is ignored, the most advanced systems will physically lock the door to prevent it from being swung open into the path of the approaching object.

Parking lots are extremely common sites for low-speed — but pricey — car crashes. Backing out of a parking spot, even with a rearview backup camera, can be a perilous exercise. That’s why rear-cross traffic alert is so useful.

Also see: How to get a good deal on a car lease at the end of the year

Thanks to sensors built into the rear of the car, the system can alert you to approaching vehicles, shopping carts, or pedestrians who might wander behind your car without you noticing. Loud beeps are standard with these systems, but some cars can even automatically brake before a collision occurs.

Distracted driving happens. Whether it’s a quick glance at the stereo to change the channel or a child urgently asking for your attention, sometimes we pay a little less attention to the road than we should.

Lane departure warning systems use cameras to determine whether a car has drifted across a marked lane line, giving a visual or audible notification (or even a vibration through the seat or steering wheel) that you’ve moved too far out of your lane. The system turns itself off when you use a directional, so there’s no fear of accidental engagement.

More advanced tech, sometimes called Lane Keeping Assist, can even help nudge you back into the proper lane, which can be a literal life-saver if you were heading into opposing traffic.

Automatic Emergency Braking or AEB uses a variety of sensors to determine whether a forward collision crash is imminent and automatically applies the brakes to diminish the severity or avoid a crash entirely.

The auto industry agreed to make AEB standard in cars by 2022, but many vehicles have it available today. The systems are extremely good, though you absolutely shouldn’t rely on it to stop you — it’s meant as a last resort for when the driver isn’t paying attention, and it’s extremely alarming when the system does engage. While Apple CarPlay and smartphone apps are important, this one could save your life, so it’s worth making this one a high priority on your shopping list.

Insurance claims from low-speed crashes are some of the most common in the industry. Usually occurring during parking, a 360-degree camera system can make life a lot easier for folks who might not realize just how big that new SUV is.

Here’s how close we really are to self-driving cars

By combining cameras on every side of the car with some clever computing power, your car’s display can show a virtual top-down view of your surroundings. It can show the sides of your garage, whether you’re lined up in the parking spot at the grocery store, or provide invaluable assistance while parallel parking.

The systems are getting cheaper and cheaper, and are available on even moderately priced cars these days. If you’re in the market for a small hatchback, you might not need this one as much — but a big SUV? You could find it invaluable.