The 10 most expensive U.S. cities to buy a home

CHICAGO (MarketWatch) — Six of the 10 most expensive housing markets in the country are in California, according to Coldwell Banker’s annual Home Listing Report, released Wednesday.

More home-buying advice
• Top 10 cities for foreclosures
• The 6 must-have spaces in your next home
Mortgages
• A 15-year mortgage isn't for everyone
• Refinancing mistakes to avoid
Home Video
• Organize your small spaces
• Dream kitchen on a budget
See the entire MarketWatch Guide to Real Estate
/conga/story/2011/06/housing_markets.html 153024

At the top of the most expensive list: Newport Beach, Calif., which was the costliest place to buy a four-bedroom, two-bathroom home for the second year in a row, according to the report of 2,300 markets in North America.

The report considers the average home listing price of four-bedroom, two-bathroom homes listed on ColdwellBanker.com. The homes were listed on the site between September 2010 and March 2011.

The average U.S. home that fit this criteria listed at about $293,000. The average listing price in Newport Beach: $2.5 million.

That California cities made up such a large portion of the top 10 list isn’t much of a surprise. “Year in and year out, California and the West Coast dominates,” said Jim Gillespie, chief executive of Coldwell Banker Real Estate. There were also a couple of top 10 cities from the East Coast.

Below is the list of the 10 most expensive housing markets. To see the complete list, see ColdWellBanker.com . 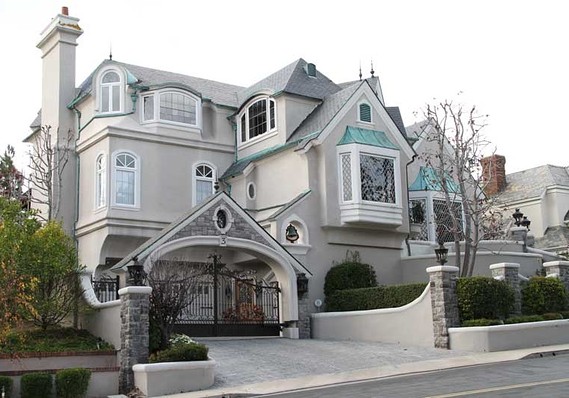 Newport Beach, Calif. has a strong economy, and serves as home to a collection of national, international and regional headquarters. Nice weather and access to both the ocean and mountains also makes this a desirable place to live, said Jim Gillespie, CEO of Coldwell Banker Real Estate. The average listing price for a four-bedroom, two-bathroom home here is $2.5 million.
prev
1 2 3 4 5 6 7 8 9 10
next